Friday Genius Ten "It's Foggy, I Need The B-52s" Edition

Genius list or random ten, leave yours in comments. Here's mine.

Original song: "Dance This Mess Around" by the B-52s. Sorry about the ridiculously long intro. The music starts at 1:05, but if you can skip up to it, it's so worth it.

I'm thinking of returning to the random ten, since Genius seems to be allergic to mixing it up. My fond wish, as of now, is that Rock Band would add early B-52s (before Ricky died, basically) to the downloadable content. Of course, the problem with that is the lack of a bass guitar. But you could play the keyboard parts on the bass guitar.

It's disconcerting to watch 90s rock videos with women in them, because it was so common to see women with relatively unstyled hair, wearing just jeans and T-shirts and barely any make-up. This Veruca Salt video was not unusual in this regard. You also had the Breeders:

Kim Deal unafraid to make crazy faces while rocking out! And then L7:

Juliana Hatfield, to prove that this was standard even when we're talking wussier music:

Liz Phair "vamped" it up in a somewhat shapeless tank top and yep, barely any make-up:

Alas, we only had a few golden years before the backlash that brought us nubile nimrods whose fame depended on physical training regimes and expensive make-up artists (a la Britney Spears), and of course the openly misogynist, Limp Bizkit turn that popular rock music took, culminating in the ugly series of rapes at Woodstock '99. For those of us who grew up with L7 rocking for choice, this was indeed a dark age that we haven't pulled out of completely.

The colder it gets, the more time they spend laying around. 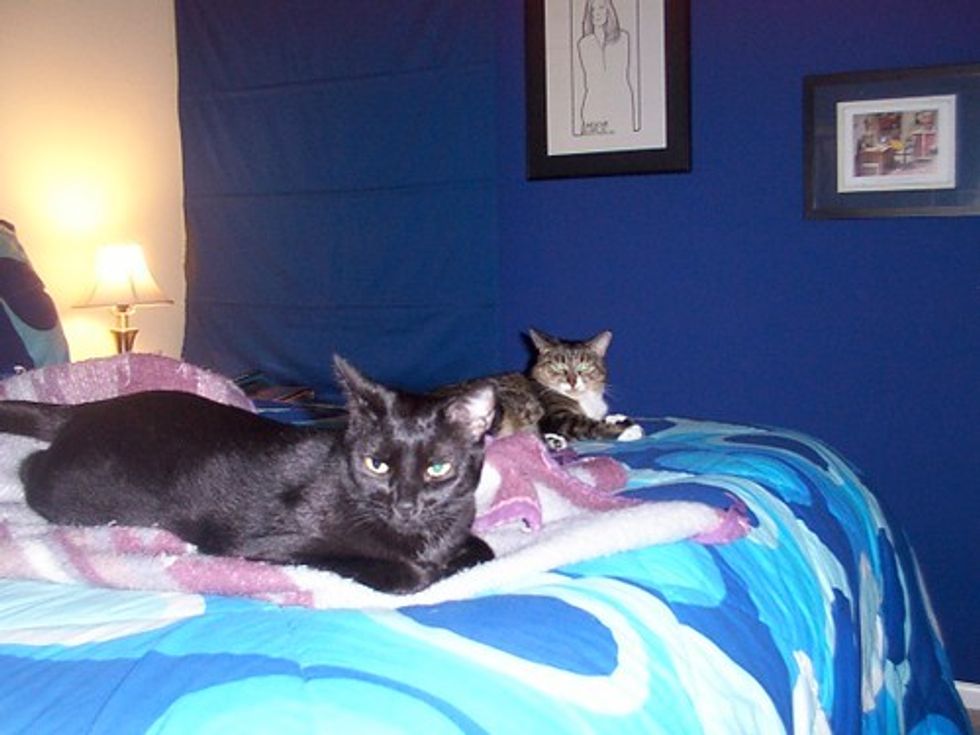 Molly will occasionally throw all caution to the wind and crawl up under the covers to maximize toastiness and, I suspect, cheek. 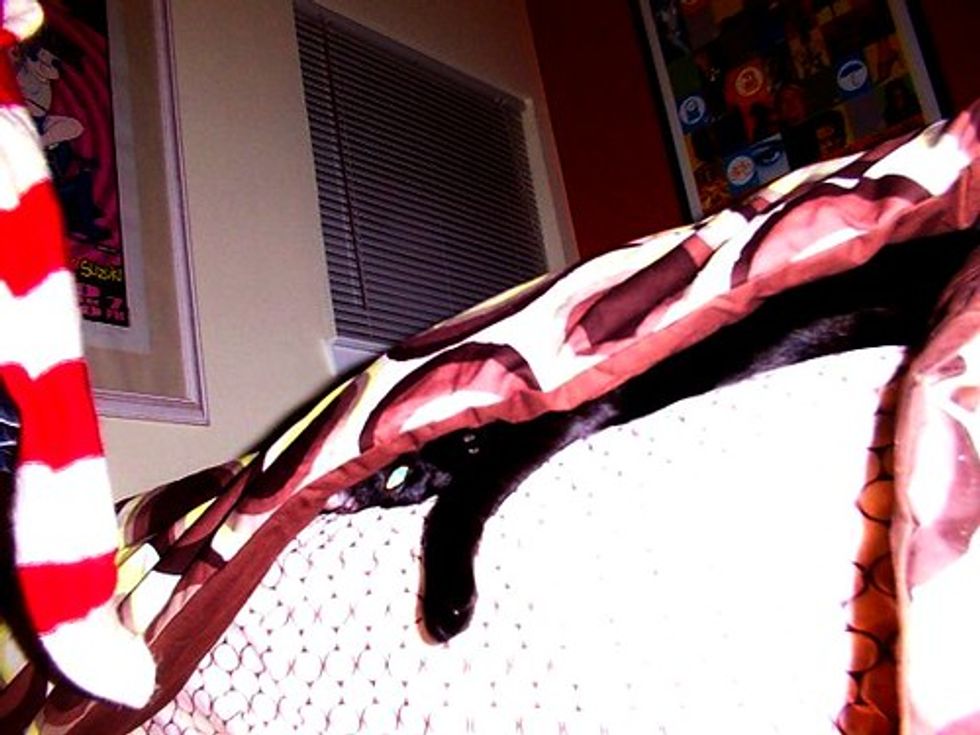 She usually only does this when I'm making the bed, but this time she did it all by herself, so I was able to get a picture instead of being otherwise occupied.