It's not beauty that's being celebrated

Renee at Womanist Musings alerted me to this post she's written about this year's Pirelli calendar. Pirelli is a tire manufacturer, and this calendar is a VIP exclusive, sent out to the elite in the auto industry. Men's Vogue describes it as such:

Since 1964, the luxurious Pirelli Calendar, sent out only to an exclusive group of VIPs, has celebrated beauty while pushing the boundaries of photography.

I always draw a blank when I hear anyone try to dress up pin-ups as "celebrating beauty", and this despite the fact that I don't object to sexualized pictures per se. I think it's because it's an inherently sexist phrase insofar as it completely excludes anyone who is not a straight man from the category of people who celebrate beauty, and of course, it has all these folded-in assumptions that "beauty" can only refer to very young, very thin women, and that older people and men can't be beautiful. Beauty is a lot of things, sexual and not, and there's an unpleasant whiff of the euphemism to this phrase "celebrating beauty".

More from the Wikipedia:

The calendar is famous for its limited availability because it is not sold and is only given as a corporate gift to a restricted number of important Pirelli customers and celebrity VIPs. The Pirelli Calendar is perhaps the world's only prestigious and exclusive "girly" calendar, featuring pictures generally considered glamour photography including artistic nudes.

The other thing that makes it a sexist tradition, regardless of content, is the implicit assumption that the category "VIP" is male-only, and that if women dare enter the world of VIPs, they only do so at the cost of constantly micromanaging their femininity, suppressing it when it's convenient for men who run things and exaggerating when the men want to see that. But I'll tell you what, none of this even holds a candle to how horrible and offensive the images in the Pirelli calendar are this year. I have to warn you that these are upsetting, if you're sensitive to that sort of thing. 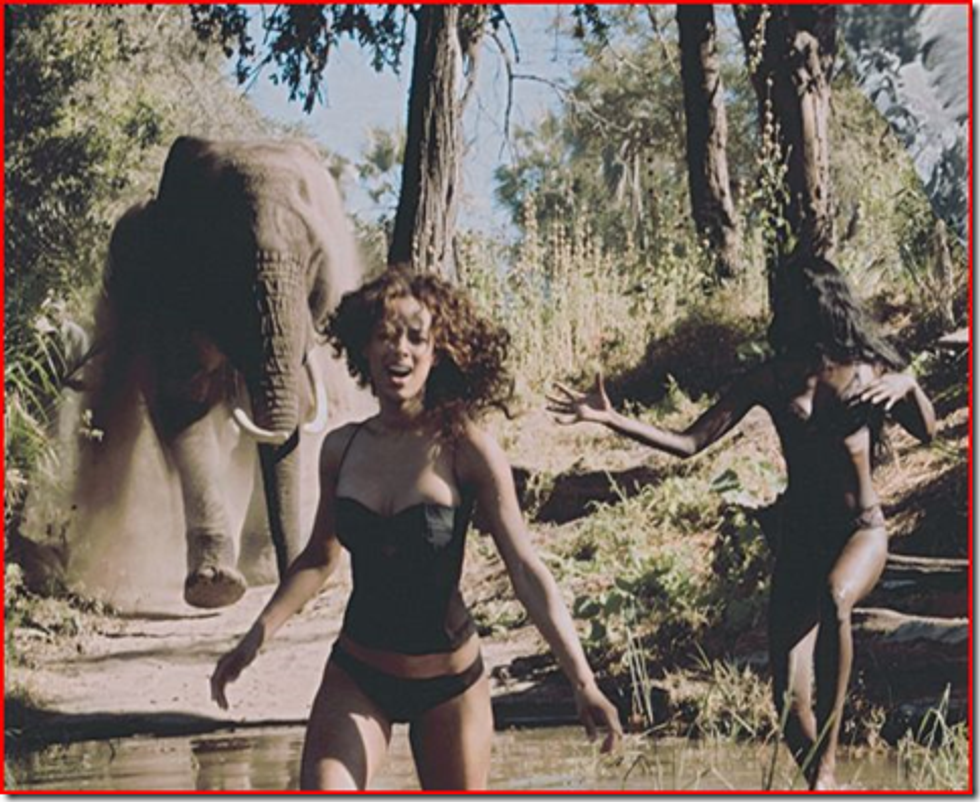 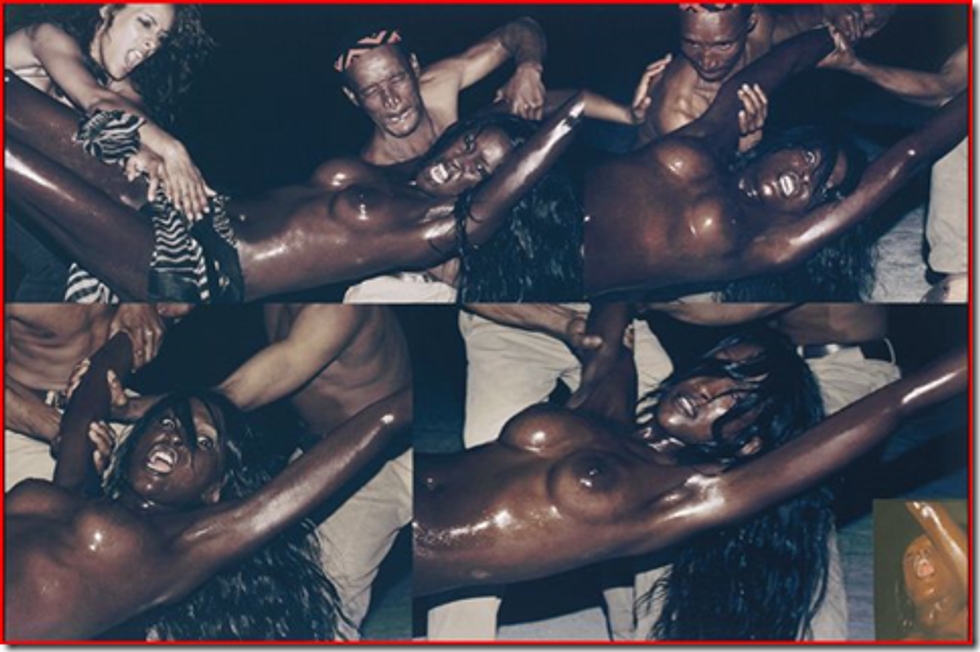 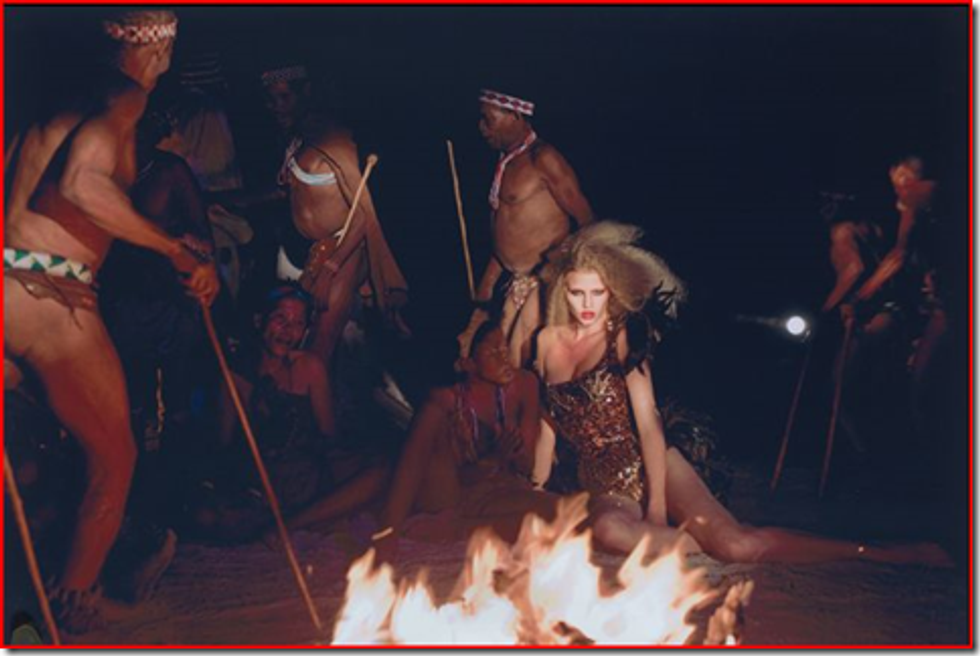 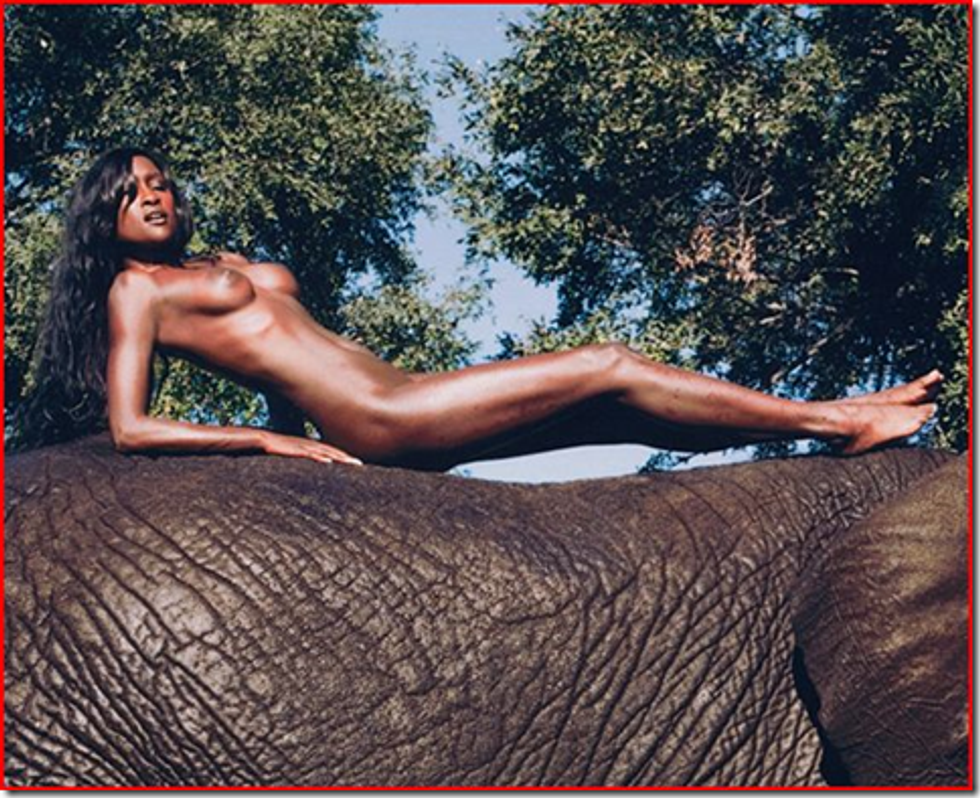 The photographer's name is Peter Beard.

I'm at a loss for what to say about this, besides just marveling at how the audience for these images is being invited to downright revel in this racism and misogyny. I suppose it's the way it feels like the VIP list that this calendar is meant to go to is perfectly happy to kick people while they're down. It's not enough that they're rich and powerful and dripping with privilege. It's that they have to go that extra step and relish hateful images that truck in racism and misogyny. I just don't get that.

I flipped through the slideshow of the past calendars and saw images that were weird, images that were cliched, images that were actually kind of sexy and fun, and a few that were just snobbish. But I can't say that I saw anything even approach the violence and racism of these images. Maybe there was stuff in the back catalog that Men's Vogue decided not to show. But sure enough, a little searching shows the 2008 calendar was about Asian exoticism. Gosh, it's almost like pornographic imagery gets meaner and more racist the more that people of color and women start to challenge male dominance at the highest levels of power. I can't help but continue to think that for a lot of men, pornography is about a lot more than just seeing sexual images. It's about using sex as a way to demean those that are not them. A shame, really, and insulting to sex, which is usually a great thing.