Stoney321 reads Twilight so you don't have to 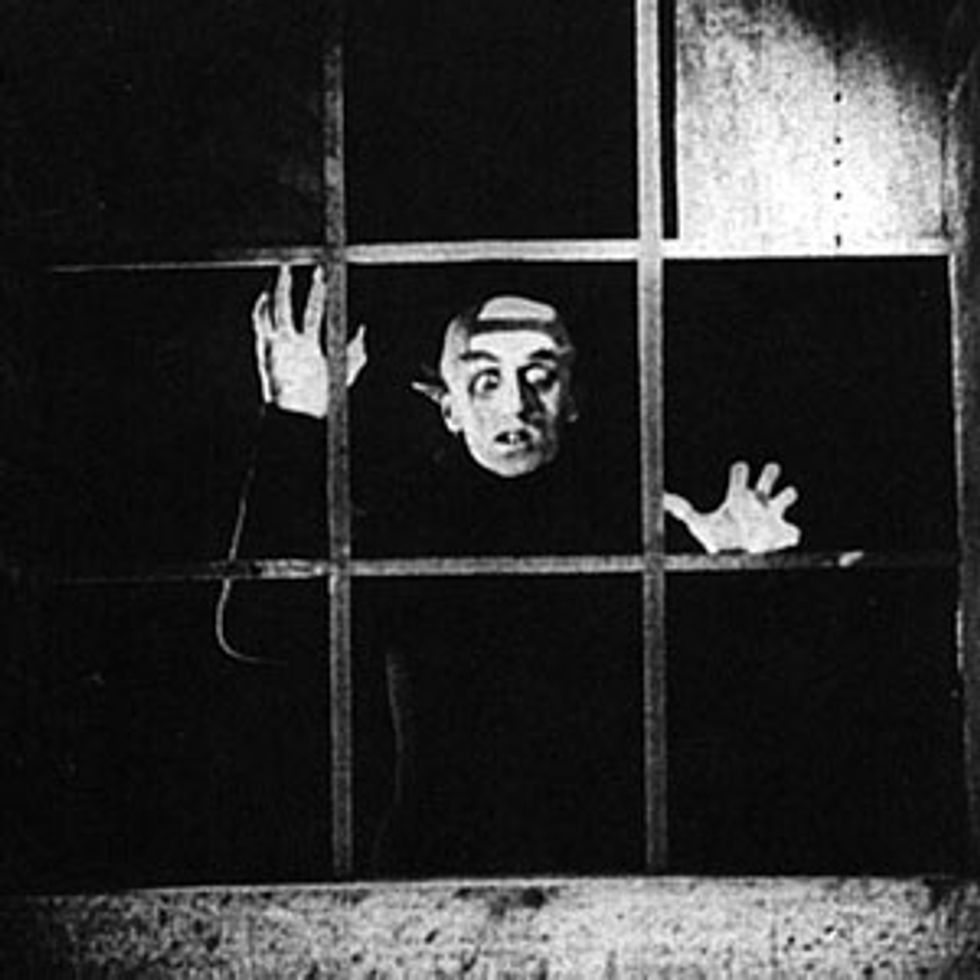 Dear readers, I must give my lavish thanks to annejumps for pointing me to this 4 part series of posts by a recovering Mormon who has read all four "Twilight" books to show their relationship to the tawdry, reactionary politics of the Mormon faith from which the author springs. They are hilarious, even though it's disturbing to realize these books are even more disgusting and anti-feminist that you could have ever imagined. (Even to the point where the heroine forbears under getting all bruised up during sex, because suffering for love is her fate.) Also, the vampires in them don't sound like vampires at all. Author Stephenie Meyers is a complete coward, it appears, and unwilling to ever really deal with the fact that vampires are, you know, vampires.

There's also a whole 'nother level of wish fulfillment for teenage girls going on besides the "bad boy who is really good" and "obsessive love is great!" aspects. The main character is supposedly awkward, clumsy, unattractive, and unpopular. But somehow, despite all this, she gets the perfect amazing vampire boy to love and coddle her, and a back-up werewolf boy so that she gets to have boys fighting over her. If I'd read such blatant nerd porn in high school---how dreamy, there's boys who can become obsessed with me without me learning how to comb my hair!---I would have died from the obviousness of it all. Or, if not, my friends would have teased me until I had the proper amount of shame over it. And thank goodness. It's your moral duty not to allow your friends to cultivate ridiculous illusions. Because there's a very real danger that the awkward, unattractive girls of the world will be vulnerable to abusive motherfuckers who take advantage of these romantic fantasies, and convince them that controlling, stalker-ish behavior is an expression of a love so pure that those ordinary fools can't see it.

Hell, it's not just teenage girls. Grown women are easily sucked in by the same fantasy (which is why this book is selling like hotcakes), and it's a fantasy the has the same dangers no matter what age you are.

What made "Buffy the Vampire Slayer" such a great show (if I may wank for a moment) was that they exposed this fantasy for the danger that it is. Granted, Buffy was not awkward or unattractive, but she was nonetheless an outsider who runs with the nerd herd at her school. Angel was the brooding, unavailable, bad boy boyfriend whose secret weak spot is the outsider girl whose beauty he sees even if it's invisible to everyone else. But, like in real life, what she finds when she is intimate with him is that he reacts like those guys do in reality. He tears down her self esteem. He stalks her and tries to kill her. He basically ruins her life.

Which is why the scene where she saves herself is so damn effective. She has to get over how he makes her feel and instead accept that he really is the monster. And in the midst of their final bad ass final fight, he gets his soul back, and suddenly she sees the soft, loving guy that she fell in love with. Brilliant, because this is exactly how abusive fucks suck you in. But Buffy reaches into her reserve of strength, ignores his soft, pleading eyes, and stabs his ass and sends him straight to hell. Which is what you've got to do, because guys like that are vampires. (Granted, he comes back, and there's more drama, but as its own entity, season two holds together remarkably well as a metaphor for the dance between an abusive bad boy and the woman he's pulled into his life.)

But of course, Meyers is a good Mormon housewife, and so can't face up to the fact that the Byronic vampire---a pretty standard symbol of the blood-sucking patriarchy, if ever there was one---could be, you know, dangerous and bad for the women that he seduces. Even though that's the whole point of the myth. No, let's just tell a happy fairy tale about how the love of a good woman like yourself can redeem someone who wants to eat you alive with every fiber of his being. It's the horror story version of the rewriting of reality (the patriarchy is good for you!) going on by anti-feminists every day.

I also liked that Buffy and Angel reached a point where they could maturely realize that they were incompatible and just go their separate ways. Though Angel struggled throughout the series with his desire to control Buffy's behavior, often under the guise of protecting her.