The exponential growth rate of the creepy factor 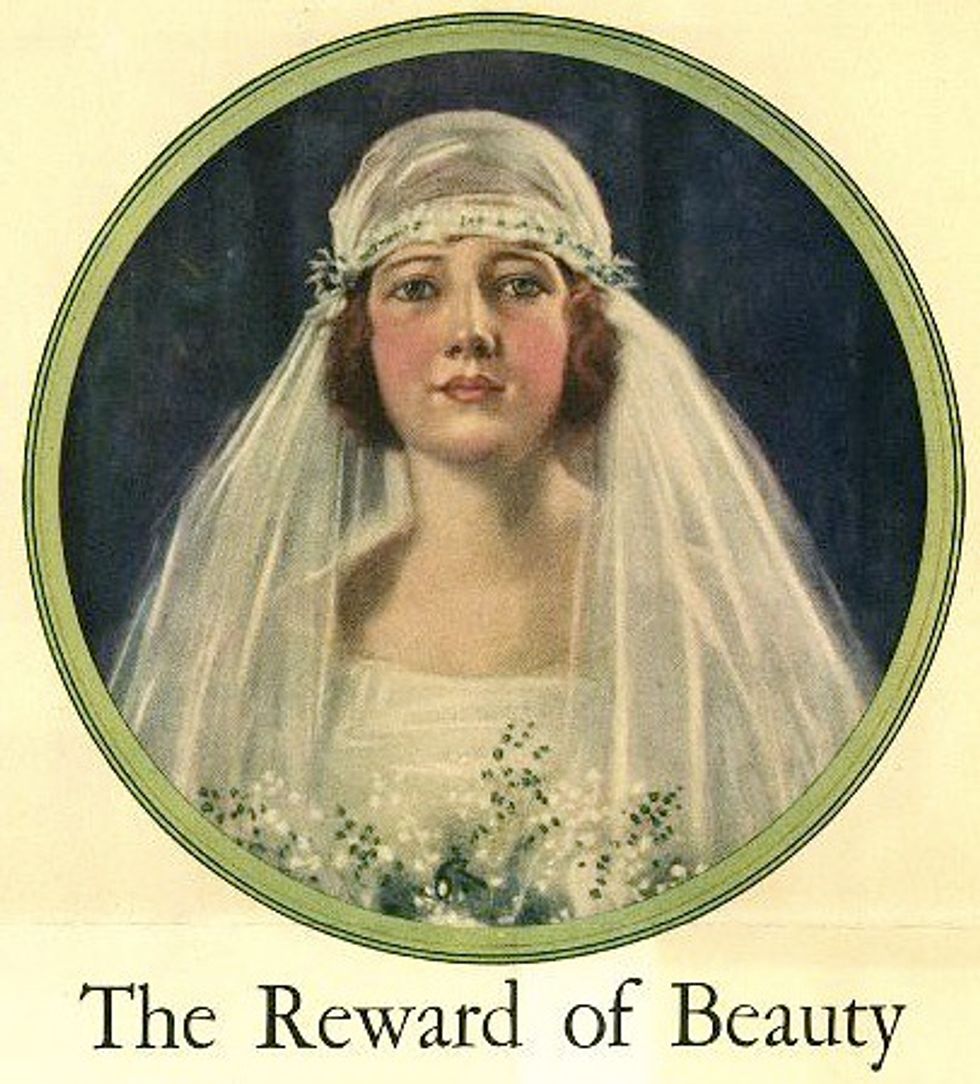 I had a reader alert me to this story, and I'm grateful to Salon for picking it up and getting all the links. The story is about a Chicago-area couple that got married at 30 and 28, and had abstained from even kissing until their wedding day. Some think this sort of thing is cute. Those are people I would prefer to avoid.

But what I really love about the abstinence-only trend stories is that the fact that people wait until their wedding day (it's unclear if they were virgins, which makes the whole thing even more unnerving) is that invariably that's not the weirdest part of the story. Like it's not enough for teachers to tell kids to wait until their wedding day, they have to make them suck lollipops and stick them up their asses or whatever they do to prove to kids that sex is unsanitary.

Before I get into what I found was so hilarious about this story, though, I will prime the pump with the worst altar kiss story I've ever heard until I read this article this morning. Expensive wedding, everything in its place. As soon as the kiss ended, though, the groom dramatically wiped his mouth off and turned to the crowd to flash the "hook 'em horns!" hand gesture. (Same as the rock and roll devil horns, actually, which causes entertaining confusion at punk clubs downtown.) I thought it would be really hard to top that one, but the groom in this story totally did:

Yep, he dramatically sprayed breath freshener in his mouth before he defiled his blushing bride's lips. Now, both the bride and the groom are abstinence-only teachers, so they spend most of their day telling kids that sex is disgusting and dirty, so I'm sure they thought that was just hilarious, and were completely unaware what the non-nutty population would think.

I know as a feminist that my job is to say that abstinence is A-OK, and it's your choice and choice choice choice, end of story. But seriously, I fear that abstinence embitters people towards the rest of us who aren't creating artificial barriers for ourselves, and so they lash out and imply that the not-so-frustrated population are soulless monsters who wouldn't know real joy if it bit us on the ass.

The crowd at Maranatha World Revival Ministries on the Northwest Side whooped and hollered when the couple had their first kiss -- actually, their first few kisses -- with Melody coming back for one more peck like a kid sneaking frosting from a cake.

Afterward, she described the kiss as "magical."

"It feels like such a gift," said Melody. "When you value a kiss, it becomes something of worth."

Implication: The vast majority of people who don't need a fancy gown and a crowd watching to make kissing okay don't value kissing, don't ever feel that magical joy it gives you. Because we do it all the time, so it's lost its value. Of course, if you take that attitude to its logical conclusion, the "magic" that abstainers feel the first time they kiss or have sex will disappear in no time, as being married will mean that kisses and cock are as common for them as they are for the rest of us. Wouldn't you do better to stay single and just have sex once every 6 months so it feels like brand new each time? Of course, if you've been sexually active and not particularly interested in telling teenagers that sex is dirty, you're flinching to think of that, because no, it's not usually that great when you're out of practice.

It's just such a farcical attitude. Few things worth doing are as fun for beginners as they are for the practiced. I'm honestly brainstorming now and I can't think of any activities that people engage in for fun that aren't more rewarding as you improve your skills. Video games, writing, gardening, bicycling, even music fandom---the longer you practice, the more rewarding it gets. And honestly, what people do report that their first time having sex was great usually warmed up a little by fooling around a lot beforehand---they didn't go straight from first kiss to sex within a few hours. If you're learning to play the guitar, you start with scales and move up to performing on stage over time, you know?

Which is why I think the religious right targets classrooms and teenagers for their propaganda, because they're the least likely to come up with logical, experience-based objections. (Well, besides kids that are too young for this discussion anyway.) Between the lack of experience and the willingness to tune out the teacher because they are just another boring adult who doesn't get it, you're not going to be facing any real challenges from teenagers. Add in that it's an embarrassing topic, and there you go. We know that abstinence-only education doesn't work in any real sense, so I'm inclined to think the real motivation is a chance to express reactionary fantasies out loud without being challenged. (On this week's podcast, I interview Sara Cleveland from Texas NARAL, and she has information indicating that crisis pregnancy centers have the same issue going on. They don't meet the meager goals they set, but that doesn't do anything to their funding, because actual goals and making changes in the real world is beside the point. Listen to the whole interview for context; it's really interesting.) And this wedding stunt fits into this whole charade. They didn't prove anything, really, except that external, career-based motivation with the strong chance of getting the press out to your wedding will keep people from kissing, but it says absolutely nothing about abstinence as a realistic or desirable goal for the rest of us.