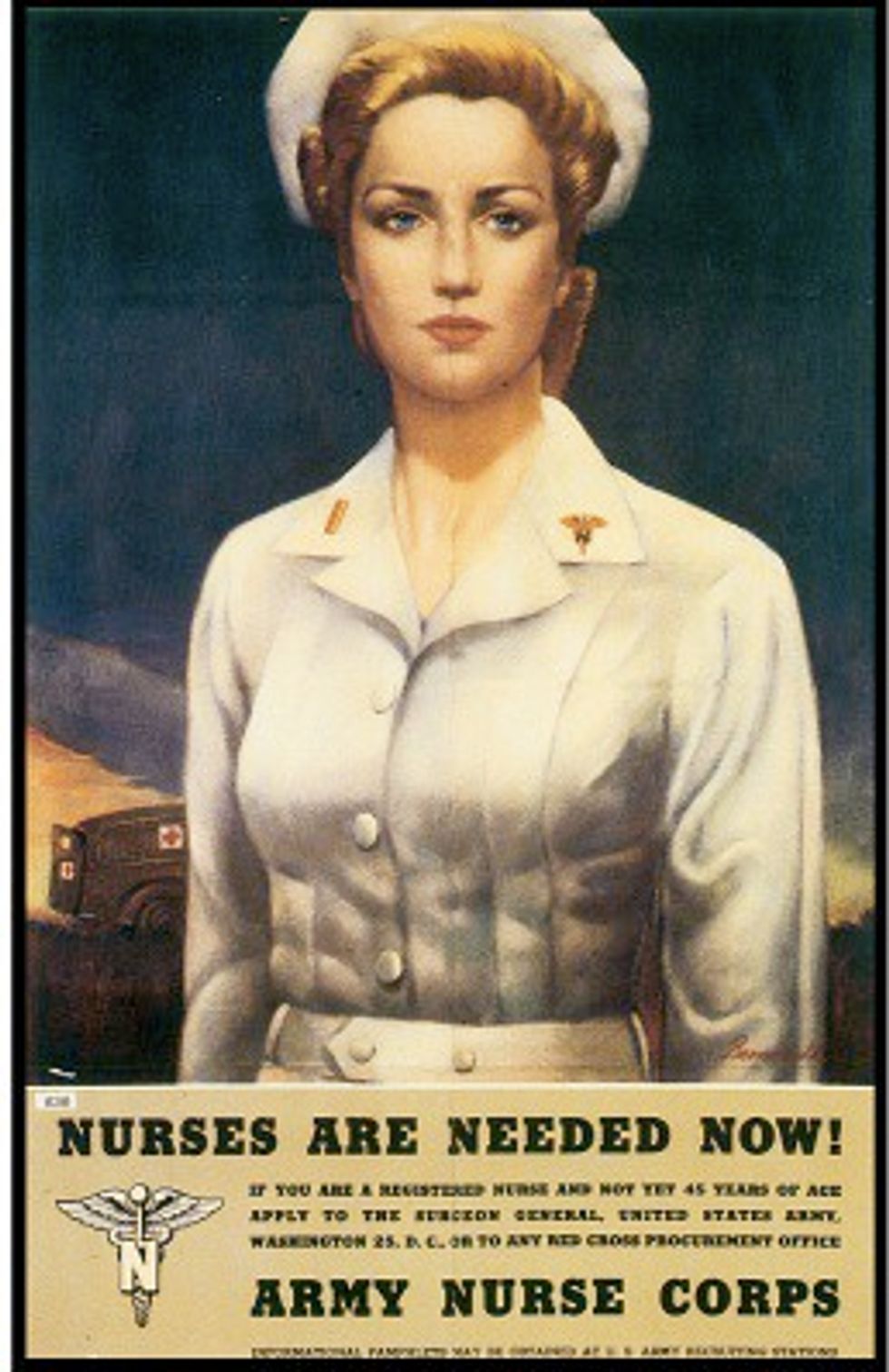 Obama's out there talking about what needs to happen to get the economy moving again---a giant public works project that would employ people and build infrastructure, as opposed to spending money to set it on fire, as we're doing in the war in Iraq. I've seen concerns---though I apologize, I can't remember where, so speak up if you're the blogger---that a public works project would center around jobs that are male-dominated and needy women would be left out of the loop, as has happened in the past. (We're assuming, probably correctly, that you can't turn the majority of women who are or feel unskilled at manual labor around in a day.) That is a concern, because past national crises have resulted in an employment backlash against women,* as if women's economic needs are less real somehow.

But here's why I'm not so worried about this issue this time out. First of all, more women are single than married now, for basically the first time in our history as far as I know. And even married women usually work because they have to, even in the middle class. The public simply doesn't think of "woman" as "dependent" any longer. Second of all, even Obama's word choices are inclining me to think he's not going to leave women out of the equations he's writing. But most of all, the one sector of the economy that's getting the most attention is one that employs more women than men---the health care industry. Digby has a great post about how Tom Daschle and the administration in general are sending bold signals about how they are serious about getting a real health care plan passed, with the situation becoming even more urgent due to the economic crisis. A decent health care system would mean that consumers would have more of their money freed up to spend on consumption (or to save, perish the thought!), and it would help a lot of businesses save money.

But it would also mean that there'd be more jobs in the health sector, especially jobs like nursing. After all, with more people getting insured, you're going to see a lot more people seeking preventive care and/or going to the doctor at the first sniffle instead of when they have full-blown pneumonia. Which means that there's a bigger role for the people drawing blood, giving shots, taking measurements, doing intake, etc. If we're smart, the federal government will have massive training programs so that more people can become RNs and even nurse practitioners. How better to make sure to maximize the number of people getting preventive care or fairly simple care while saving money and freeing up doctors' time than to expand the reach of the other levels of health care, which are dominated by women? A move like that would streamline a number of working class women a few rungs up the economic ladder, which would go a long way towards narrowing the pay gap between men and women. Plus, these are jobs that are more recession-proof than many of the ones that are disappearing right now as businesses cut back.

It's interesting, because the common wisdom in anti-poverty investment in developing countries is to focus on women, for somewhat complex reasons that include the idea that women, because they're surviving a patriarchy, will do more with what you give them. But I think that focusing on women in the U.S. (not at men's expense, of course, but just realizing traditional economic investments usually benefit men more than women) will serve us well. For one thing, women bear more responsibility on average than men for child-rearing. While a minority of children are being raised by single fathers or gay male couples or other men, most children are being raised either by male/female couples or just women. So by focusing more attention on helping women get jobs and better jobs, we'd be making sure that kids are doing better economically, which tends to pay out when they grow up, as well.