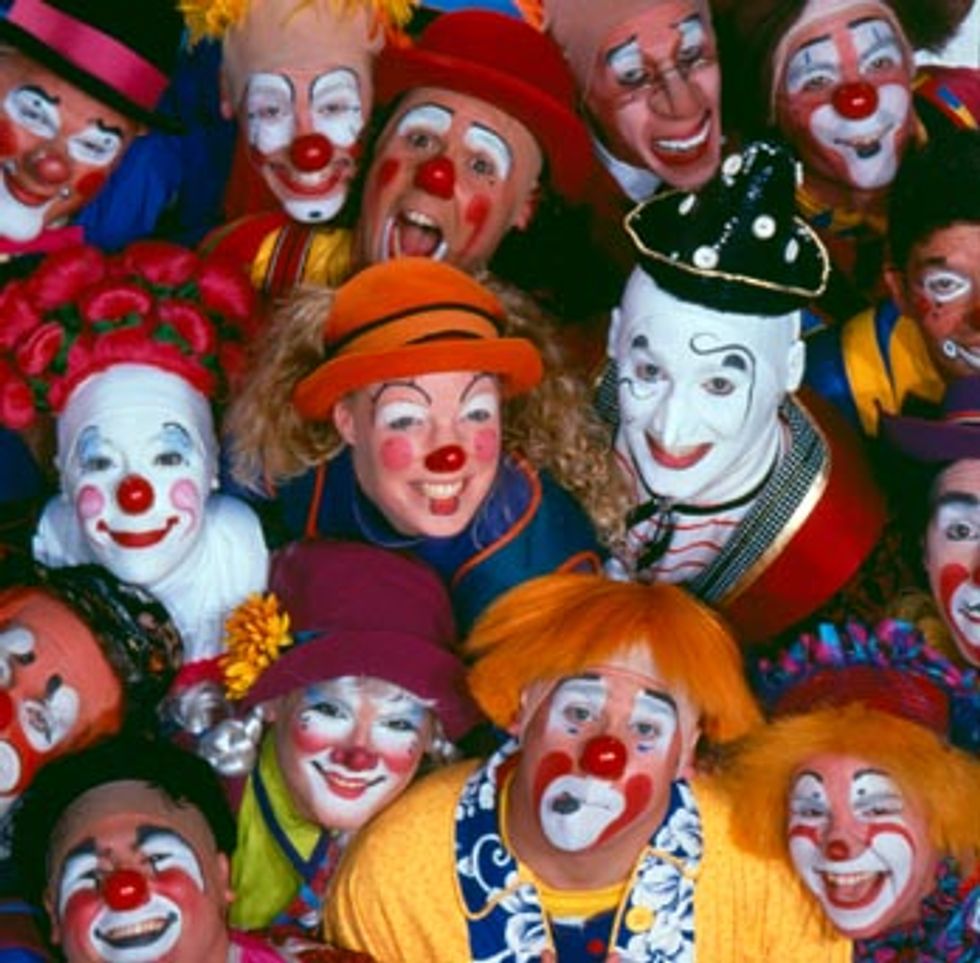 Reading Matt Taibbi's despairing and darkly funny opus about American political lunacy in the days around the inauguration of a President whose major redeeming value, right now at least, is that he seems sane was an interesting experience. The Great Derangement: A Terrifying True Story of War, Politics, and Religion is about how the red/blue culture war divisions that have been set up to distract Americans from our real concerns (peace, health care, a decent economy) have grown monstrous and completely deranged in the aftermath of the attacks of 9/11 and just generally 8 years of Bizarroworld politics. He spends months undercover in James Hagee's Cornerstone Church in San Antonio to see what it's like being a right wing nut Ends Timer (it sucks), and he also spends a lot of time kicking around with 9/11 Truthers, the biggest political embarrassment to the left since the invention of Che Guevara T-shirts. The book originally came out before the primary season, but this edition went to press right about the time that the 2008 election was getting consumed by non-stories like the "lipstick on a pig" faux controversy and Sarah Palin rallies devolving into the Two Minute Hate. Naturally, Taibbi ends his book on a depressing note, suggesting that all signs that the 2008 election might rise above politics as usual had proven false.

But what happened after the book went to press is that the economy went right down the shitter and, all at the last minute, the voters actually put aside the bullshit about 9/11 conspiracies, the evils of gay marriage, who wore what and who is uppity, and voted not out of hate but, well, out of fear for their own pocketbook. Which is a step up, because at least that fear of economic catastrophe was reality-based. And the Obama campaign was able to take the momentum and turn it into a transfer of power that really did feel like a changing of the guard. And not just the Republican guard, but the petty, divisive guard. Even controversial moves like asking Rick Warren to pray at the inauguration were done in the sincere spirit of defanging the culture wars---a recognition that validation is what your average rabid wingnut wants more than anything, and that the anti-gay hysteria is an attempt on their parts to be self-reassuring. (My inclination is to think it won't work, because resentful right wingers are emotional vampires and no matter how many nods you give them, they will always feel insecure and want more. But hey, maybe I'm wrong.)

As is usual with Taibbi, the book is blunt and hilarious. He tries his hardest to be open-minded and generous with the people he meets in Hagee's church, especially since fundamentalism is practically designed to prey on the lost and the weak. But of course, it's hard because they'll all buy any kind of hateful B.S. aimed at gays and liberals, and he gets plenty of occasions to encounter the line of cruelty that threads throughout the fundie subculture, no matter how much Christian love the profess. With the 9/11 Truthers, however, he doesn't feel any kind of populist guilt that would keep him in a state of generous anxiety, because the 9/11 Truthers hail from the same demographic slice he does---middle class, anti-war liberals. Because of these differences, and because of his need to keep cover in the Cornerstone Church community, Taibbi has different approaches with these two maddening groups of people. With the evangelicals, he just fucks with them, making up increasingly outlandish stories about his past to see how much they'll swallow. (All of it, of course.) With the Truthers, he tries to argue with them, perhaps thinking that because they're so similar to people he gets along with as a general rule, he can somehow make them see reason. Luckily, he documents this futile behavior to great effect, but I did feel sorry for him, because he couldn't quite seem to come to peace with the fact that Truthers, like all conspiracy theory nuts, are not even remotely interested in rational thought. Evidence that you can bring to bear that disproves their horrible theories doesn't relieve them, it just makes them angry.

I was skeptical about his equivalence between these two groups at first. I tend to think fundies are coming from a place of more personal frustration and fear, and conspiracy theorists are just people with major ego problems. But I think he convinced me that there was something going on, in that these political subcultures are the natural result of a political landscape that's already surreal, an ostensible democracy where The People really don't have much power. After all, The People hate the war, hate the way rich businessmen are screwing us out of our political fortunes, and hate free trade policies that are bleeding the country dry. But we don't really get to vote on these issues, which have been pulled out of our hands. We're left voting on abortion and affirmative action and school prayer. Taibbi's theory is that in an absurd political climate like ours, completely wack-a-doodle political subcultures are going to grow like weeds because there's no reality-based points of reference. Certainly it seems that a lot of 9/11 Truthers are people that have been slowly driven crazy by the political insanity that was the Bush administration, and instead of focusing on the realities that they don't seem to be able to affect---torture, human rights abuses, the war itself---they get involved in concocting crazier and crazier theories about how the Bush administration actually caused 9/11. Focusing on fantasies is just psychologically easier, I guess. Same story with fundie Christians. They live in communities strained by the ongoing economic problems, and they have problems doing things like holding marriages together or making friends, and the real causes of their problems are complex and hard to tackle, so instead they get sucked into a fantasy of the end of days and hope to just pray all their problems away.

My one major quarrel with Taibbi is that he falls into the trap of classifying culture war issues as merely distractions from "real" issues like economic issues. I'm 50/50 on this interpretation. I think it's absolutely true that culture war issues are meat thrown to wingnuts to get them into a frenzy of envy and hatred for the liberals with all the sex we're having in between interesting parties with good food and conversation. And of course it's small and petty for right wingers to be willing to throw their votes away worrying about what kind of sex some strangers are having. But the trap is in thinking that liberals who actively resist them are being equally hoodwinked by the powers that be into squabbling over nothing. Reproductive rights don't cause any damage, except to the feelings of sexists who need to get a life. But not having them can be utterly life-ruining in the same way that losing your job can be---thus, in my mind, they are both important issues, and as long as jobs and reproductive rights are threatened, it's an issue. It's actually a small quibble---I don't think that someone like Matt Taibbi thinks that a reproductive rights activist or a gay marriage activist is wasting her life, and it's certainly true that we're right. The question is how much we're letting these issues distract us from the larger economic trends. And I think it's clear that the right is using these issues as a distraction way more than the left.

Plus, I can't think of a bigger culture war issue than global warming. And Taibbi gets a taste of this when he's subjected to a Cornerstone minister berating congregants to avoid caring about global warming, because environmentalism is apparently a sin. This is definitely one of those lopsided issues, where the workaday right winger is primarily motivated by his loathing for effete liberals who do girly things like care about the planet and the human race's ability to survive, but liberals are in this because we can't afford to lose this one. Facing down a roomful of mouth-breathing morons gabbing about how Al Gore invented global warming, Taibbi had a really hard time not blowing his cover. Now, I thought, you know how it feels to have your basic rights to family life or bodily autonomy assaulted for the same self-serving reasons, faux populist reasons.

But really, minor quibble. The book is hilarious and thought-provoking, and it made me redouble my hopes that Obama's inspiring campaign can really get our nation past a lot of this crap.