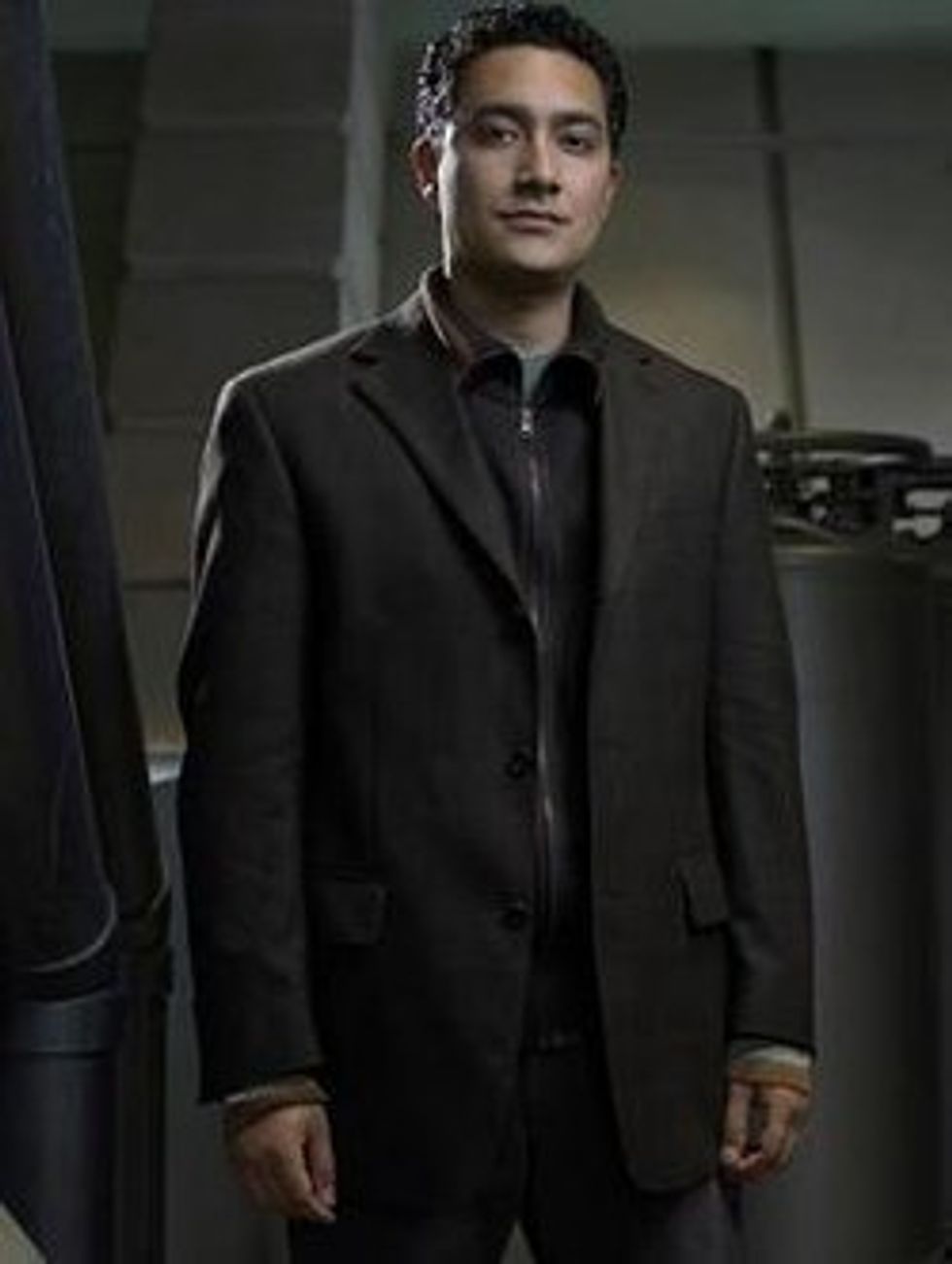 It seems, so far, that injecting the failure of the Earth mission into "Battlestar Galactica" has reinvigorated the show, which was going slow at some parts in the first half of season 4. Last night's episode was kind of shocking to me, because for the first time, the struggles that put the Quorum at odds with Roslin and Adama finally started to resonate emotionally. Even though I know what the creators are trying to do---inject some gray areas, and make sure that Roslin and Adama don't lapse into saints---it's never quite worked, because it asks you buy into two assumptions that just don't work. One is that humanity wouldn't immediately accept martial law under such dire circumstances. Considering that our nation happily re-elected itself an obviously malevolent wannabe dictator because of shockwaves from an attack that killed .001% of our population, I fail to believe that they wouldn't go even further when the actual survival of the human race is on the line, and the leaders are benevolent and repeatedly demonstrate that they're going out of their way to save everyone. Hell, even people like me who think they have to close Gitmo down and release all the prisoners immediately would accept some form of martial law under the circumstances, especially with a duly elected executive. Most representative government is supposed to move slow, and that's at cross purposes with the majority of decisions made under fire by Adama. The other thing is that a lot of disputes would have easily been cleared up if Galactica was more communicative, and I don't believe that Adama or Roslin would have a major problem with transparency, as a general rule. Adama's story about Earth doesn't quite fall under that, because that goes into the bucket of National Mythology, which gives people something to strive for even if we haven't achieved it. (Like the way we call ourselves a people that believes in equality and justice.)

But post-Earth? I believe that people would revolt against military rule, especially if it's been 4 long years of fighting. The military orders in this episode---install faster jump drives in the civilian ships---were something that doesn't seem like an "under fire" decision, but more like an infrastructural decision of the sort that is usually made after democratic deliberation. And frankly, the buddy-buddy relationship with the Cylons just doesn't seem like it would make sense to your average civilian who has not been privy to the cooperation and almost-friendship that the people aboard Galactica have had with the rebel Cylons. Transparency would help in this situation, but not so much, because seeing the Cylons as people requires direct experience with them, especially since they, you know, killed billions of people.

I've been somewhat at odds with the idea that humanity could ever forgive a Cylon at all, but the show has been pretty good at portraying the average "racism" of your average person, and showing that all but a slender few are able to set aside their reservations and pretty much only Helo has really embraced the idea that Cylons Are People, Too. But a couple of details have made it entirely believable to me that the Galactica leadership would suck it up and start dealing with Cylons as if they were people with understandable motivations. The first is that the Cylons made the huge sacrifice of destroying their ability to resurrect, which would seem to me to be a show of good faith strong enough to get them citizenship (though I sympathize with why you'd never want to). The other is seeing Earth, and realizing that the cycle of violence destroys everyone in the end, and the only choice is to stop trying to get revenge and try something different, like friendship. After the show ended, I had the crushing realization that perhaps all this could have been averted had they extended this citizenship to Cylons decades ago.

But yeah, they've definitely sold me on the mutiny to come. I'm glad there's some payoff to the trials and tribulations of Gaeta, because frankly, it was hard to watch him suffer so much.

On the whole, they crammed a lot in to discuss: Now we're back to one Cylon/human hybrid (and Callie sucks even more), Roslin has decided she should live a little before she dies, and we get confirmation of what we've known forever, which is that Adama and Roslin are lovers. (We watched it at the Alamo Drafthouse, and some dudes behind us started squawking and carrying on at that moment about how gross it was that old people were having sex. One said, "I'm never having sex again," at which point I leaned over to Marc and said, "Nor, apparently, in the past.") Thoughts? Observations? Speculation?