Phantoms battle it out while the real world burns 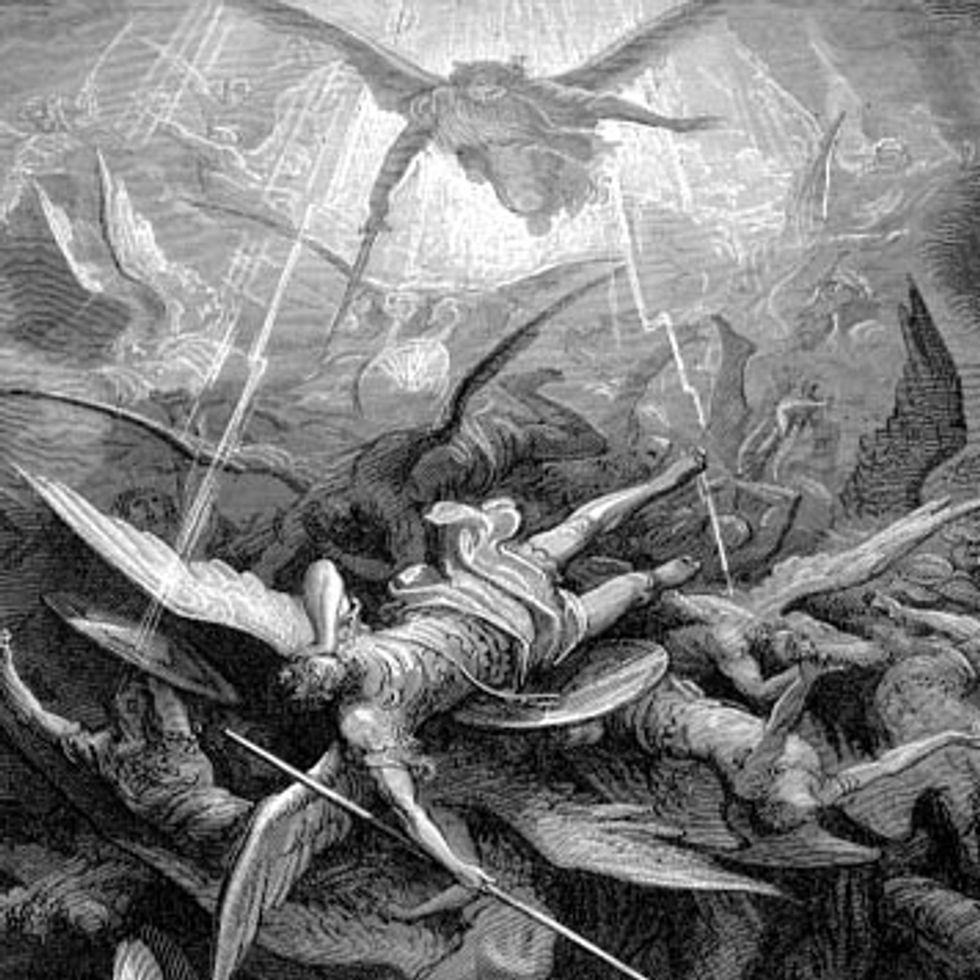 Nancy Goldstein has a post at Broadsheet about the Obama campaign's invitation of Gene Robinson---the Episcopal Church's first gay bishop---to deliver the invocation that starts the festivities, an obvious attempt to signal that Obama really means it when he said that Rick Warren was invited in some spirit of inclusion, even though Rick Warren is, as a bigot who actively fights against the rights of gay people and women whose sexual behavior he'd like to control, is the spirit of non-inclusion embodied. It's a sticky situation, because the fundamentalist victim complex is something that feels like it could be eased by listening, but I don't really think it could be, because they want to be victims, so they'll slide right back into screeching about their victimhood the second Obama does anything to relieve the suffering of real victims, such as rescinding "don't ask, don't tell", as he's promised to do.

There's a silver lining in this. Nancy accurately describes not just Obama's willingness to use gay rights as the best bone to throw the wingnuts.

Politics always makes strange bedfellows and involves tricky calculations. My beef with Obama isn’t that he’s involved in some interesting ménages, or that he does his math -- only that he seems to think the LGBT community is such an easy lay and comes so cheap.

This math is done by all sorts of Democrats, which is why most of them who actually support gay marriage will deliver mealy-mouthed compromise language to dodge the issue. Clinton certainly saw gay people as a group he could fuck over with enthusiasm in order to throw a bone to the wingnuts, with his support of DOMA and "don't ask, don't tell". What Obama should learn from Clinton's example is this---right wingers don't see these kinds of giveaways as compromises. They see it as an invitation to go ape on your ass, because they think giving them something is a sign of weakness. Anyway, the reason that I think Democrats think gay people are easy to throw away is because gay rights still seems relatively new, and, more to the point, the gay community is pretty tiny. I'd guess that the number of people who are obsessed with how gay marriage is the end of society outnumber actual gay people at least 5 to 1, and perhaps as much as 10 to 1. The silver lining in this is that Obama's been scrambling to make it up to the gay community, showing that they are not near the disempowered minority they were in the past. They still are, of course, or Obama wouldn't have had the guts to pick Warren. (Who is an open misogynist, too, so what does that say about the esteem women are held in?) But after he did that, and of course after the horrible show of bigotry that was Prop 8, the gay community and their ever-growing number of allies in the straight community was able to show some muscle. And they got not only the inclusion of an openly gay bishop, but also the "don't ask, don't tell" promise, and I suspect this leak about how Obama really feels about gay marriage. That's a lot more than the fuck you sent to the gay community by Clinton with the passage of DOMA, which Obama has gone on the record opposing as well, though who knows if he'll do anything about it.

What this whole debacle has really demonstrated is that the Founding Fathers were not overreaching to demand separation of church and state, and that even light attempts at combining the two end up being a form of establishment and discrimination. You just can't pick one minister without dissing all the people who have firmly held beliefs that differ, it seems, and piling more ministers on top of that doesn't seem to do much to alleviate the problem. Now he's just favoring Christians in a pretty blatant way. And everyone's jockeying to see whose religion is getting the biggest cookie by where they sit in the hierarchy of who gets to say what prayer. There's a lot of unnecessary grief, because at the end of the day, status and social esteem is what's really going on here. By picking this minister and not that, you're sending a signal of endorsement, even if you don't want to do that. There's no other reason to have ministers on hand saying prayers than that. "Faith" isn't a legitimate factor in real decision-making, which should be based on reason and evidence. Better to have just left the ministers out of the equation altogether. Surely a free society can have a secular ceremony, where people of all faiths feel equally invited, and there's no jockeying to say my god is righter than your god?