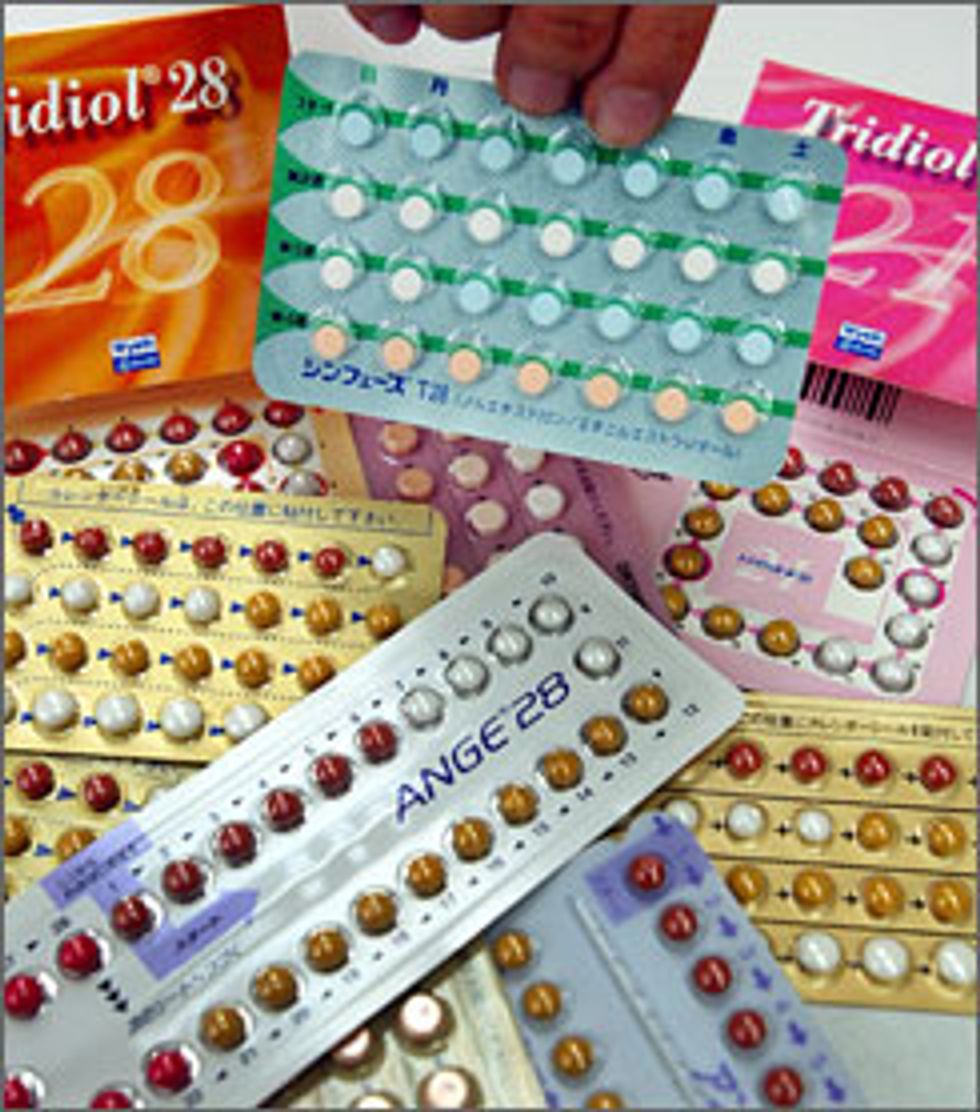 Next Monday I'll be in Washington D.C. to moderate a panel for the Feminism 2.0 conference called "Roe's Safe: Now What?" As you can imagine, that title, which was deliberately chose to be a little provocative, has been effective at that goal, and there's some concerns that it's a misleading title expressed in comments. I want to clarify that I wrote that title because I believe that the public at large thinks that the issue of reproductive rights is a done thing with Obama in office---he'll appoint some justices who are pro-choice, the balance will stay 5-4 for the foreseeable future, so the issue is done, right?

Not by a long shot, and the childish behavior being exhibited by Republican congress critters and the conservative base right now shows why this issue isn't going away any time in the future. I just put up a post about it at RH Reality Check, which I recommend reading because I get to say "doing it" a lot, but I don't think writing that completely purged my system of the need to make fun of conservative idiots who are using the "OMG people are FUCKING" card to stop this economic stimulus package. The rationale is weak---of the $825 billion that Congress wishes to spend on economic stimulus, $87 billion will go to states to shore up their Medicaid budgets. A percentage of that will cover women who are on the birth control pill. Now, these are all going to be women who were already on the pill, and it's just to make sure that states don't go bankrupt because they continue to offer services they're already providing. Grown-ups can see how this works, and grown-ups realize that preventing unintended pregnancy is a legitimate government service, especially in an economic downturn, when women are less able to afford abortion or the excessive costs of having a baby. That's the grown-up reaction.

Then there's the wingnut reaction:

Oh yes, Drudge put that up. According to the same post, Rush Limbaugh is horking up misogynist jokes about how hanging a picture of Nancy Pelosi in cheap motel rooms will work as birth control. It's fascinating to me that Limbaugh seems to believe all sexual intercourse happens in cheap motel rooms. Unsurprisingly, he probably can't get it up unless it's illicit and probably illegal. No wonder he can't keep a wife. More depressingly, John Boehner is running around on talk shows screeching about how Democrats want to fund poor people sex as part of the economic stimulus package. Again, you get the weird feeling that Republican congressmen think that sex is as weird and illicit for everyone else as it is for them. The state is paying for contraception, not for poor people to wear diapers while visiting prostitutes. Big difference.

After I wrote my Blog For Choice post about how anti-choice ideology is fundamentally rooted in misogyny, I got some weird emails and trackbacks from people denying that this was true. I will ask these people to look at this massive display of fuckwittedness that I've just described and reconsider their opinions. Limbaugh's un-joke about Nancy Pelosi is exactly the sort of thing that I'm talking about---his method of persuading his audience to support taking away women's birth control pills is to provoke their misogyny by making cracks implying Nancy Pelosi doesn't deserve respect because he thinks she's too old to have sex with. Put into the right misogynist frame of mind, his audience is more open to the suggestion that already impoverished women that are now facing a tanking economy should have unintended pregnancies added to their plate of problems. And this isn't fiscal conservatism, whatever that means. If it was, the women-are-fucking bogeyman wouldn't need to be mentioned. This is about exploiting misogyny to kill this bill.

And while I'm weary of pointing this out, I feel compelled to do it until people really, truly get it---the takeaway from this (besides "anti-choicers are misogynists") is that anti-choice fanatics aren't, despite their claims, just really avid fetus protectors. Over and over and over and over again, given the chance to deprive women of contraception access, they'll take it. Now they're exploiting this economic stimulus to deprive women of birth control pills, because this was never about fetuses, but always and forever about promoting misogyny and punishing sex. There is absolutely no reason to think that depriving women on Medicaid access to contraception won't raise the abortion rate. By definition, if you're on Medicaid, you're struggling financially. Three quarters of women who have abortions cite financial concerns as one of the reasons, and women who are under the poverty line have 4 times the rate of abortions as women 300% above it. (Which isn't a lot---in order to be 300% above the poverty line, you have to make $31,200 a year if you're single.) But I don't really think that Limbaugh, Boehner, Drudge, and all the other squawkers who probably consider themselves "pro-life" give a shit if the abortion rate goes up because of their behavior. After all, abortion is a humiliating and unpleasant experience for most women, and so I have no doubt that these misogynist fuckheads consider that to be what women deserve, even if they think that going through forced childbirth is an even better punishment for women.