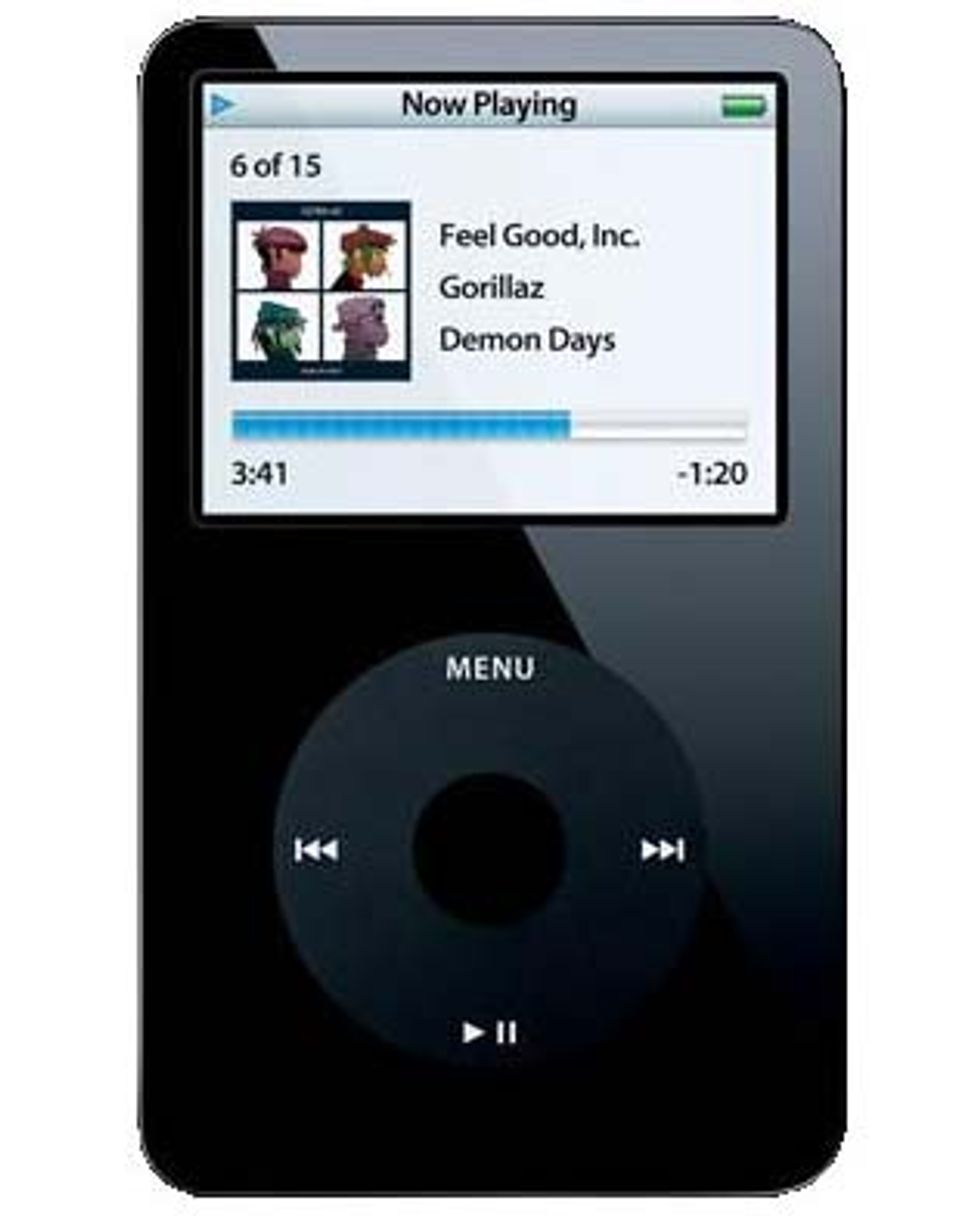 Scott Lemieux talks about the ridiculous "what politicians have on their iPods" stories that are nothing but an excuse for journalists to push the same old Democrats-are-liberal-elite-and-corporate-ass-sucking-Republicans-are-secret-populists line, and I thought to myself, could the Genius function on iTunes actually help put a stop to some of the myths trotted out about to discredit Democrats and fluff up Republicans. For instance, the fact that Hillary Clinton likes both the Beatles and the Stones was trotted out as further evidence of her natural feminine tendency towards duplicity. No one likes both, right?

Look, I'm not going to try to argue that because I have both Beatles and Stones songs in my iTunes catalog, that proves that story wrong. Obviously, I'm also a sick-minded, duplicitous double-Xer, so I also am picking my music by poll-testing. But Genius bases its results on genre and, more importantly, on sales records, and so if there are a lot of Beatles fans who also like the Stones (which I'm guessing is Clinton's trajectory), then Genius should put a Stones song in a Beatles mix. So I picked "Day In The Life" by the Beatles, hit Genius, and not only was "Street Fighting Man" by the Stones in the mix, it was the first song. Clinton is not crazy, QED.

Next up, the myth that Bush's iPod revealed him to be a cool daddio, a real rebel who doesn't care what you think. Bush, being an outlier picked, wait for it, "Brown-Eyed Girl", "My Sharona", some non-anti-war John Fogerty songs and George Jones. Truly, a man of unusual and eclectic tastes for his generation! Or was he? My iTunes isn't really a good measure of whether or not something is tediously middle-of-the-road, which is what we're testing here. But you can search for songs in the iTunes store and find out what they recommend for you if you like that. When I clicked on "My Sharona", I got recommendations for this obscure group of musicians that in no way reflect the most middle-of-the-road tastes of Americans: The Cars, Led Zepplin, Creedence Clearwater Revival, and Coldplay. The first three bands have their moments, but consider that the only thing that links all these bands together is that your grandmother knows who they are. I put in "Brown-Eyed Girl" and got this group of politically incorrect, obscure artists: John Mayer, Coldplay again, and James Taylor. You get the picture.

So, your mission, if you choose to take it, Pandagonians, is to do either a Genius ten or a random ten, and then, presuming you're a Democrat, spin your own list in the worst possible light, in the voice of the creepy little pundits carrying right wing water. I also challenge other bloggers to do this. My list, analysis, and videos below the fold.

To make this as neutral as possible, I'm going with a song inspired by the illustration of the iPod I picked.

You can tell so much about candidate Marcotte from this selection. First of all, the Gorillaz are actually a fake cartoon band, like the Archies but backed with big name talent. Is it any wonder a phony like Marcotte would like a phony band? More interesting is that she chose one song with notorious drug addict and bad boy Shaun Ryder as the lead singer. Since the Gorillaz hide Ryder behind their usual funhouse of cartoon images, does this mean that Marcotte approves of exposing children who love cartoons to heroin addiction?*

3) "Your English Is Good"---Tokyo Police Club

10) "The Past Is A Grotesque Animal"---Of Montreal

The first thing that jumps out at you is that Marcotte is every inch the elitist snob, since there is not one band on this list that has played a Superbowl half time show. No, it doesn't appear that she poll-tested this one, which in itself may be a ploy to seem like she's a fresh face, a Washington outsider, and further evidence that she'll do anything to get her hands on power. There's a morbid whimsicality to many of these selections, with references to Satan, flaming lips, dismemberment, and grotesque animals. Does this mean that Marcotte will be unable to take her foreign policy duties as seriously as the job demands? The Genius shuffle also produces a song by the Happy Monday's Shaun Ryder's other band. Is Marcotte a Ryder completist? Why is she so drawn to this sweaty mess of a human being who doesn't so much sing as shout out demented lyrics? Is the inclusion of a song about 24 hour party people some wry joke about her work ethic, and does it mean she works 24 hours or that she slacks 24 hours? Either way, it indicates that she's the sort of extremist who won't sit well with swing voters.

Try it yourselves! Here's some videos.

The Rapture, being creepy:

*I'm taking a bit of poetic license here. I doubt none of the people who write stories like this could tell you who Shaun Ryder is.