Birthrate: No, all about the wimminz 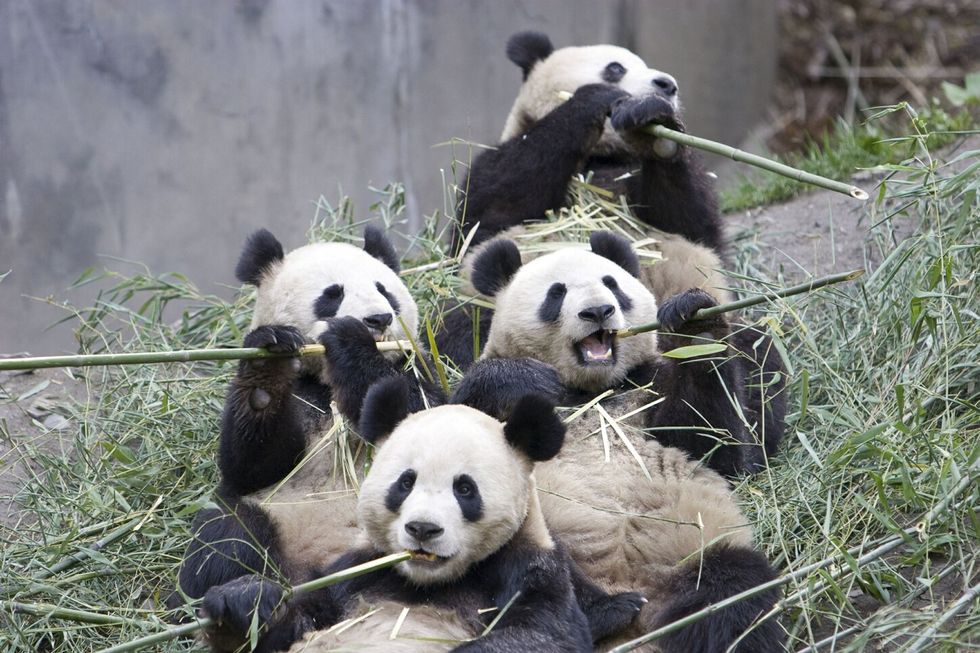 Matt recently had an interesting post reminding everyone that a lower population has the strong benefit of decreasing the number of people who need to share resources. Predictably, Ross Douthat, knowing that low birthrates are often an indicator of dangerous levels of female equality, threw a minor fit over it. Congrats to Matt for not caving to the disingenuous panic about pension programs, and pointing out a relevant point indicating that there is some level of hypocrisy/bullshitting going on:

This seems a bit strange to me, however, since the people urging us to panic about low birthrates are almost always conservatives who oppose the existence of such programs. Certainly, the two commenters I was citing seemed to feel this way.

But he also brings up two things that are simply ignored by people making the argument that we need forced child-bearing to make sure that our dependent elderly are cared for:

What’s more, it’s not entirely clear to me how true this really is. After all, children are a significant—and legitimate—claim on the public purse. And high birthrates seem likely to lead to low workforce participation on the part of women, which makes sustaining your retirement benefits more difficult. Conceivably you could get around that by making public spending on child care and preschool and after school programs even more generous, but that just gets you back around to where we started.

Considering that the people making these arguments would see most women turned into housewives, they're actually suggesting that we dump what's probably upwards of 40% of current workers from the workforce, because we're that desperate for labor. Another thing that seems like it would be great for the economy is cutting that amount of income to so many households, who are already not spending because they don't have enough money. And the key to making sure that there's enough money for a dependent elderly population is to dramatically increase the number of dependents overall. Perhaps, if women put our minds to it, we can turn 75-80% of the country into dependents.

I'm only mildly kidding. Obviously, the demographic panickers don't expect poor women and women of color to quit their jobs and become housewives, and they probably don't intend for them to be the ones having a dozen children. Ideally, they'd quit fucking altogether so they have more time to work. Because, from what I can tell, Matt's right and the entire low birthrate panic goes straight back to people who are looking for any excuse to claim that women's rights have to be revoked for the good of the world. But in order to believe that more children automatically means more wealth because it's more labor, you have to both ignore the fact that it means less labor (because you take so many women out of the labor pool), but you also have to assume that the only thing that creates wealth is labor, and resources have nothing to do with it. Which is easy to believe if you're already wealthy enough to shield yourself from the pains of growing prices on all sorts of items, from real estate to gas to food, caused by heightened demand, but for the rest of us, not so much.

I suppose anti-choicers who engage in this rhetoric would accuse me of the flipside, which is being so ideologically wed to my non-hatred of women that I can't see that hating women and taking away their rights is a necessary part of survival. But actually, that's not really true---even though anti-choicers by definition want there to be a tidal wave of punishment for sin better known by the non-crazies as "babies", being pro-choice doesn't actually have any implications for what you want in terms of population growth. Believing that women have the right to choose whether or not to have a baby doesn't automatically mean you think the birth rate will go down, because it's always possible that women will choose large families. That they don't isn't evidence that we're all emasculating Eves that were sure to ruin the world once given a small amount of power, but in fact reflects that most women are pretty smart about the economics of child-bearing. (Most men, too, because few men are really on board with the "more babies" crowd. It's really just a few who are desperate to have a minor kingdom of their own offspring to feel powerful.) For instance, for those concerned about retirees, many women are aware that the college tuition for a dozen children means that they won't have much left over to save for their own retirement.

Now, I fall on the lower population side, but that has more to do with my environmentalism and the desire for all the children being born to inherit a world that isn't polluted and unliveable. In general, I think both liberals and conservatives are, at the end of the day, about population control. But the "more babies" crowd is just setting us up for the most inhumane form of population control, which is the kind that works by killing people off through environmental/economic disaster due to overpopulation. (Which isn't that far away, potentially.) I figure it's better not to make people suffer and die needlessly, and so I'm a fan of not making more people than we can provide for. Which means, alas, that I'm a bleeding heart liberal who cares more about actual people, especially those already living on the margin, than about the Sperm Magic of wingnuts. How can I think about people who need affordable food when wingnut sperm are dying by the truckload? I do not know how I came to be this unsympathetic to sperm, but alas, that's how it is.

The good news is that my feminism and my concerns about overpopulation work together nicely---we don't need to violate people's human rights, because of the aforementioned non-stupidity of your average woman. We just need to fully empower women to decide how many children they'll have, and, as history shows, they'll usually choose to go with as many as they can afford or fewer.

Indeed, the entire notion that our economy would do better if we took a great deal of women out of the workforce so they could work for free as housewives is another way of saying that women's work has no value, and that the loss of it to the economy wouldn't be missed. No surprise that this is believed by people who think women have so little value that forcing us to bear children against are will is no big deal.

The reality is that women's work does have value and does add to the economy. One of the things I found interesting in Michelle Goldberg's book is that the legalization of abortion in Japan in 1948 is linked with the economic growth of that country, precisely because it lowered the percentage of the population that was dependent. Of course, they were building their nation up, and the panickers are talking about birth rates in already-developed nations. But I do have to point out that there's few things that sound more racist than suggesting that white Westerners are the only people on the planet that need to be having more babies, which is what this discussion invariably leads to, especially when you point out the way that other nations have urban density past the point of affordability or decent standards of living.