We are (briefly) back online 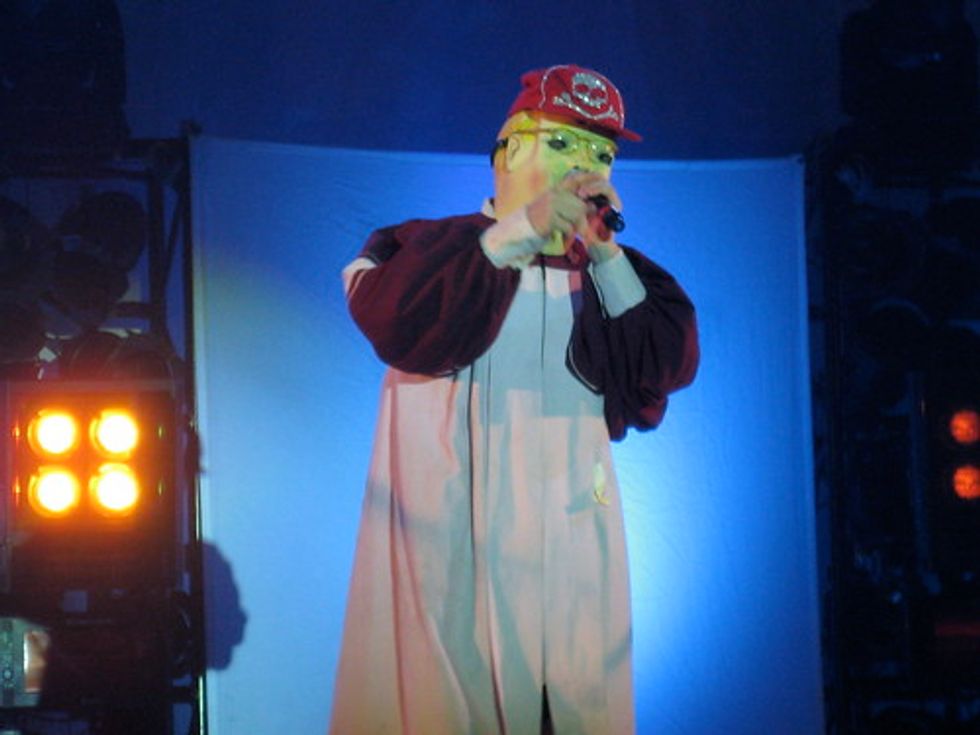 Getting internet has been hard here, since I've basically been in teeny-tiny small town coastal fishing village England. Also, busy going to shows. But now we're back in London, and the internet is working, and so I thought I'd check in. All Tomorrow's Parties is a brilliant idea, and so fun, and I just highly recommend going if you ever get a chance. They have numerous events a year, including one in New York that's headlined by the Flaming Lips.

By the way, this story is fucking hilarious. The state of Oklahoma decided to have a vote to pick the state song, and "Do You Realize?" by the Flaming Lips won. The legislature, being a bunch of bossy old farts, decided this was bad because the Flaming Lips are Evil Commie Liberals, but their attempts to get the fans' vote revoked was thwarted. Which is another sign that things are moving in the right direction.

Anyway, I saw some shows. Devo was definitely the best, of course, but you've heard enough about them. Number two was, by far, Grizzly Bear.

They were so amazing that I was getting all teary and goose-bumpy, which almost never happens to me at live shows. Go see them if you get a chance. I was like three rows back, which I recommend if you can do it, because the amazing vocals will blow you away when you're that close. To make it even more fun, Nico Muhly played a song with them. In general, no set was too crowded (there were about 6,000 people there total), so every show was intimate, no matter how popular the band. This also means that the musicians are all around and easy to get to, if you're willing to stalk them while pretending not to do that. I saw the lead singer of Grizzly Bear at the bar, and I was about to slobber all over him and tell him how much I love his voice, but I was waiting on a Guiness. So kids, here's the lesson: if you have any reason to believe that you need to move quickly from a bar to accost a musician you adore, don't order a slow pour beer.

However, I did meet Bob Casale of Devo, and my friend Kiki met Mark Mothersbaugh. We did have to discard our underwear afterwards.

Other great sets---Beirut was awesome, and like Grizzly Bear, they gave their props to Devo, who are the masters of us all. The lead was playing with a pick he nabbed from Devo.

The Mae Shi was really fun, but the last song of their set was boring corporate rock sounding, which made me think they are eager to sell out. Too bad, because I really liked the rest.

Jesus Lizard was Jesus Lizard, which means insane. Watching the poor security crew trying to keep track of David Yow was funny and sad, all at once (like much British comedy). Kiki has let me know that I'd be remiss if I don't praise Sleep for swallowing their past and doing a reunion show before breaking up for good.

Thanks to DJs Harry and Pete for showing us a good time---you guys rule! And thanks to Obama---we don't have to tell English people that we're Canadian anymore!