Why you can't really compare Fox News to news networks 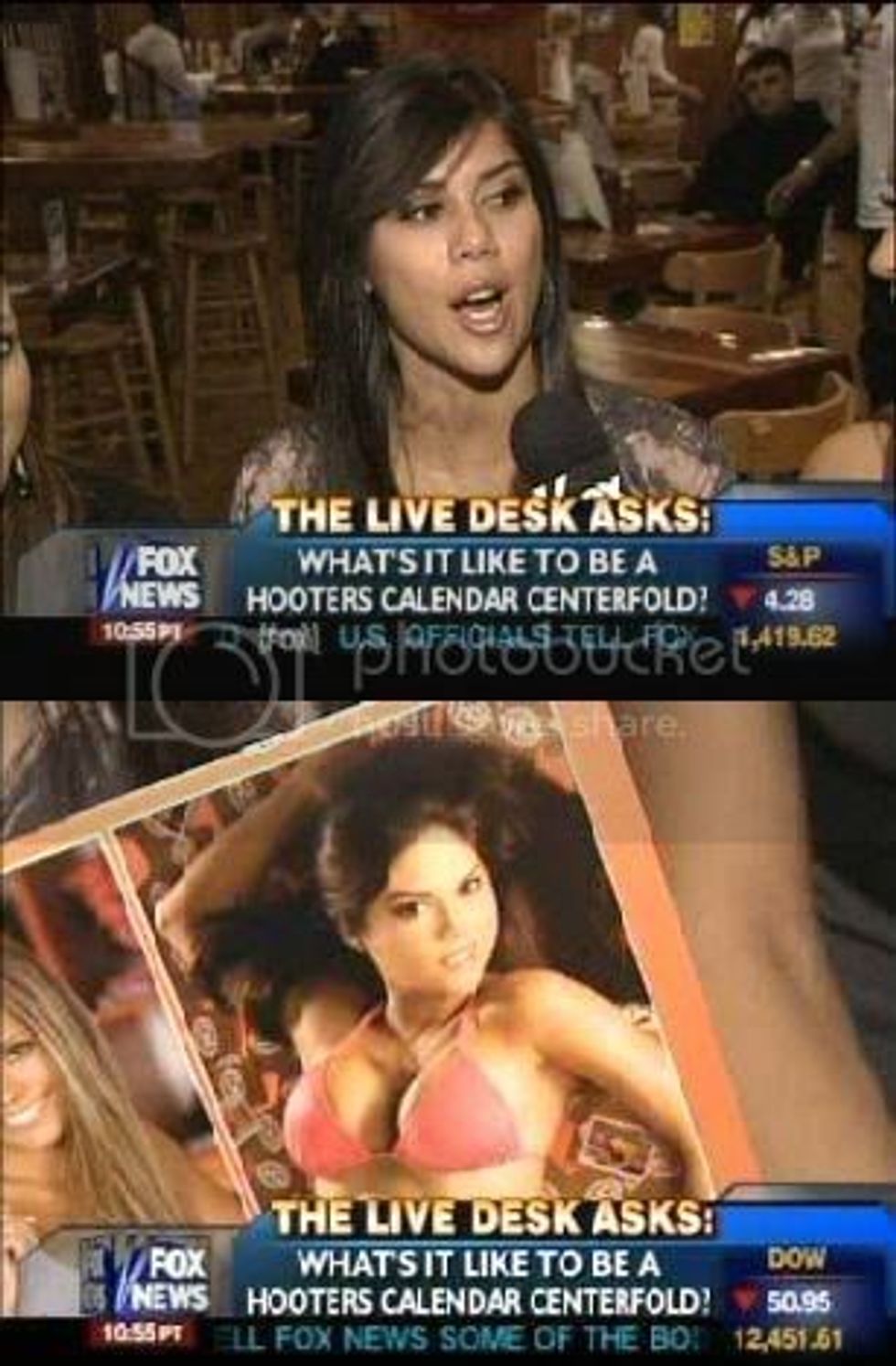 This is something that's more than a little disturbing, especially in light of the role that Fox News has played in painting the target on the back of a man that a devout right wing nut then went and murdered. It seems that rain or shine, in power or out, Fox News has steady ratings. Worse, they continue to beat MSNBC and CNN in the ratings game, which is just going to make those news channels start to fantasize again about grabbing a piece of that for themselves by getting all wingnutty. Which doesn't work out as well as they'd hope. Though, I suppose it works out for MSNBC to have a host who was a pro-bono defender of another domestic terrorist, as long as he keeps it quiet.

Anyway, MSNBC and CNN are being victimized by the huge ratings dip that you get after an election, but Fox News isn't. It's hard to account for this, but I figured I'd kick around some theories and ask the Pandagonians to suggest some more. Any of these theories could be a contributing factor---often a phenomenon like this has multiple causes, so one doesn't preclude the other.

Liberals and moderates have a life. People want to be up on events and good citizens, but that shit is time-consuming. And it's especially so when the economy is tanking and people are scrambling harder than ever to keep up. With that in mind, people want to spend their free time reading, watching entertainment-oriented TV, listening to music, having sex, spending time with family, or playing video games. During an election season, people devote some of their precious free time to following the election, but when that's not pressing, politics gets short shrift.

But let's face it: In an already anti-intellectual American culture, Fox News still sticks out as even less cultured, indicating that they're pandering pretty hard to the people who don't have the brain muscle to bother spending their free time on past times that might strain their brain. I'm not saying that the people switching off Rachel Maddow to do other things will be using that time to read 19th century classics or anything, but they'll probably feel the pull of entertainments that confound the morons who watch Fox News. "30 Rock" and "Mad Men" are just too high brow for a lot of our countrymen, I'm afraid.

Moreover, the sort of people who watch a lot of Fox News buy into the alarmist conservative line that the outside world is too crime-ridden and full of scary minorities to risk leaving the house. So they don't get out as much, even when the weather is warm and practically begging you to go out into it.

Liberals and moderates have a broader view of politics than just keeping up with the TV news. During an election season, the TV feels very important, because things can change so quickly that it feels like the most immediate medium. Plus, everyone's versed in the idea that the personability of the candidates are important, so you flip on the TV to experience how they sound, and what their mannerisms are like. In lieu of actually seeing a candidate speak, in other words, you can see them on TV. In a non-election season, however, the internet, newspaper, and books---text-based sources, mostly---seem to be more than enough. Better in a lot of ways, because you get a deeper sense of the issues. (This is true for me, at least. Non-election season means I pretty much never watch the news on TV, except for short clips on the internet.)

Fox News isn't affected by this, because people don't tune in to keep up with the issues. You're probably stupider after you watch it, anyway. They tune in because it's a 24/7 Two Minute Hate, and they get off on that. This won't be affected or disturbed by their non-existent need to diversify. Which leads me to my third theory of why Fox News doesn't get the ratings dip....

Fox News isn't really a news station, and it's unfair to compare it to the others. This is painful to say, because it's not like CNN and MSNBC are reading Edward R. Murrow levels any time soon (except perhaps Rachel Maddow). But they are still news stations. You watch them, and there will be some news, some analysis, and not too many bikinis. But Fox News isn't about the news. The news is featured, often in weird and badly spun ways, but the point of Fox News is not the news. It's a propaganda station that also tries to entertain you with a whole lot of cheesecake, as this video demonstrates:

Granted, the toxic mix of a loud sound effects, constant screen movement, T&A, alarmist bullshit about nothing, and bigotry isn't everyone's cup of tea, entertainment-wise. But it's enough for a lot of people. But it isn't news, and comparing its ratings to news is unfair. Its ratings should be compared to those of reality dating shows, which trade in the same T&A, race-baiting and scare-mongering, but just more honestly.