Exploiting the quick to judge 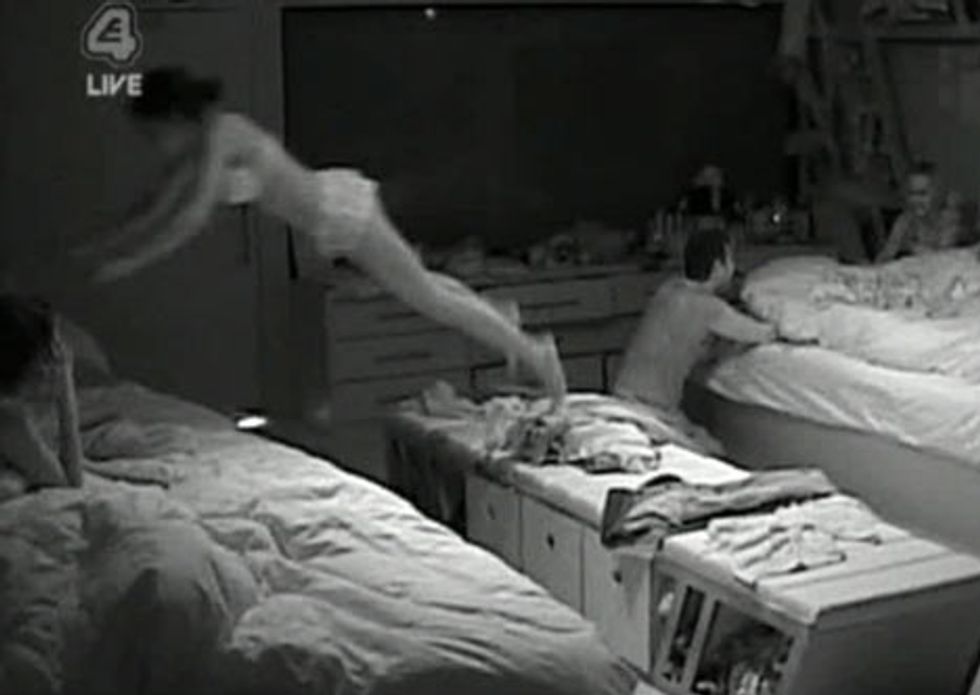 Lately, when I see proposed abortion restrictions that are almost surely not going to get very far, such as this Ohio bill that would require the father of a fetus to sign off on an abortion before it could be performed, I tend to skip past writing about them, lest I sound like a broken record. Same thing with restrictions that aren't particularly creatives, which is the same story with this bill, as it's been tried before. But I'm going to make an exception this time, because I learned something new today because of this bill.

No, I didn't learn that anti-choicers are more interested in protecting male dominance than fetal life. Nor did I learn that the anti-choice strategy is to make abortion prohibitively expensive, create delays that force women to have abortions later in their pregnancies (where they can be punished with more pain, expense, and anguish for the crime of fucking), or that they're trying to pass so many regulations that it becomes impossible for abortion providers to meet them all. I already knew all of this.

What I learned was that you can totally paternity test early in a pregnancy, at least according to this DNA testing center, which may admittedly be selling snake oil. The reason this comes up is that the bill lovingly details what the state should do in the case of disgusting sluttitude, i.e. when a woman isn't sure who the father is. That this is a point of major concern should surprise no one reading this blog, as anti-choicers are renowned for their panty-sniffing perversion. If there's any question, then of course you have to make a list of all possible candidates and get them paternity tested, which is another way of saying you don't get an abortion because you're a super duper slut. Of course, the obvious solution to this problem is to get a male friend to vouch for you. Considering that a significant number of women who get abortions cite bad relationships as the reason, I suspect there would be a lot of falsified signatures, even though it's forbidden by the bill. Not that I think that the legislators particularly care, because at least they can rest assured that you're getting extra punished by having to ask a male friend to help you, which is a big favor to ask. (Every woman reading this is taking a quick mental inventory of what man they could trust to do this without gloating about his power over you.)

Guided by ultrasound, an OB-GYN uses a catheter through the vagina or a long, hollow needle through the abdomen (depending on the position of the fetus) to collect cells.

And almost surely expensive as fuck.

The bill sponsors are counting on their no-doubt sound belief that most people would sit in judgment of a woman who doesn't know who got her pregnant, because everyone supposedly knows that it's gross and disgusting and slutty and unforgiveable to have sex with two men within such a short period. And I'll bet that a solid percentage of the people who'd cast judgment have been involved in exactly that. But they didn't think of it that way! It doesn't count in their case. It's easily to mentally erase how you went out with this guy this week, and he didn't call after you had sex, so you went out with someone else the next week and figured that it was okay because the other guy didn't call. Or you broke up with that asshole and found comfort in the arms of a friend. Or you just didn't realize that the two different guys were so close in time until after the fact. I often am amused by asking people how many partners it takes to create a slut, but I also have to ask, what's the official waiting period you owe the universe after sex with guy A before you're permitted to have sex with guy B. A month? Two months? A year? If so, why? Do you owe the first one some kind of cosmic possession over your body, even if he was the one who chose to break it off?

Of course, my attitude about it is that no one owes anyone anything until they explicitly say so, and that if you want to be sleeping with more than one person at once, you're well within your rights, and if any of them want to make it exclusive, they should speak up and let you decide. Instead of just assuming that the cosmic rule that sluts are bad controls you.

But I bring up these other examples, because I know that the first thing that people think of when they think of "don't know who the father is" is a woman who's carelessly catting around town, or cheating on a partner. They go for the easiest women to judge, even though if it was one of their friends or relatives who was cheating or catting, they would see that punishing that woman with forced childbirth is beyond the pale. Most people don't think adultery should be illegal, but proposed laws like this are a way of making it just a little more illegal for women.

It may be that I have a unique group of friends, but within my peer group (at least amongst people whose romantic histories I have any sort of knowledge of), I can't say that I really know very many people that have gone their whole lives without having at two partners in a 30-day period. And that includes people are adamantly non-cheaters and not particularly promiscuous. It may not be a routine part of their lives, but it's probably happened at least once. And I tend to think that's not even controversial anymore. Sometimes you date someone for a little bit, and it doesn't work out, but you're not broken up about it, so you get right back on the horse. Or you relationship-hopped, which isn't particularly wrong, especially if you honorably break up with person A before moving onto person B. Or you hook-up with your ex, and then a week later you meet your true love. The permutations are endless, but I promise you that it's not only possible but common for people who eschew having many irons in the fire to have two partners in a short period of time.

Of course, the people who do enjoy having many irons in the fire at once, who others feel free to call sluts, are saints of sexual liberation that we should honor with big parties for their free-spiritedness, instead of calling them names. But I just wanted point out that the stereotype that people immediately go to isn't even close to the reality of the situation for most people. Not of course that this matters to a bunch of misogynist Republican Ohio legislators who'd probably also be shocked to hear women have orgasms, before moving to ban that as well.