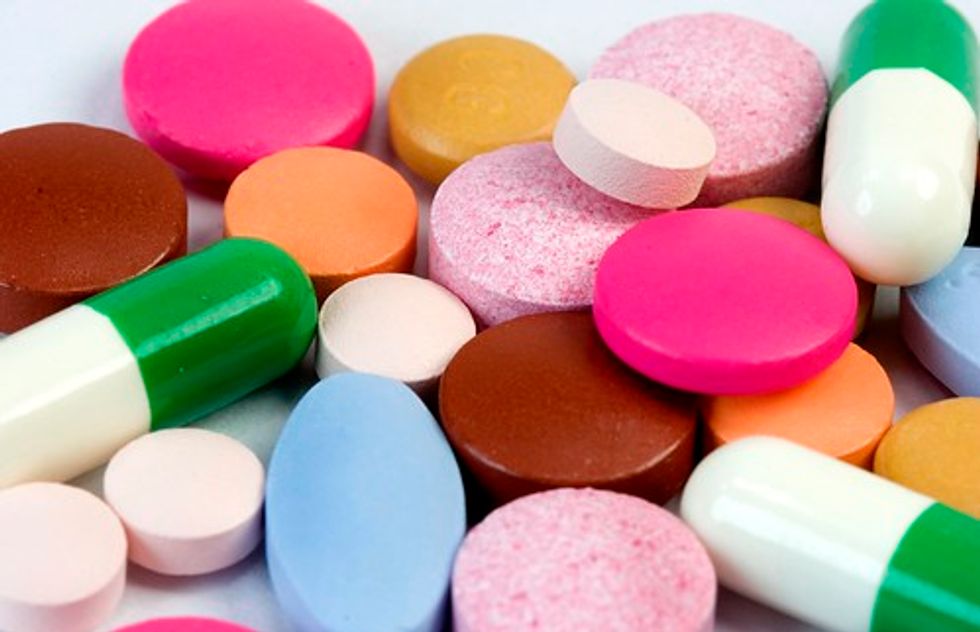 For anyone who has even a vague memory of the 1993 health care debates, the same tired lies about socialism and health care rationing are even more threadbare and obvious. Unfortunately, as I discovered when I wrote a piece for Lemondrop about what the word "socialism" means, how the way it's used is to describe a concept that Americans already support (public ownership of some sectors of the economy), and how the proposed plan for health care doesn't even come close to being "socialized"---especially not compared to the way that our military and education system are socialized, or at least were before Republicans started to find ways to go around the public will---and I got a feet-kicking resistance from conservatives who feel no need to have their talking points assailed by the mere truth.

The problem is that no matter how bullshitty these talking points are, they have a ton of traction in a media environment where everything is about what this person says versus that, with very little real journalism designed to tell you the truth. As such, the subject of health care rationing gets out there, but no one talks about the reality of the situation. Which is that health care is already rationed severely, and reform is about finding a way to loosen the grip. Of course, when insurance companies do it, they prefer just to deny your claims, and kick you off the insurance plan while keeping your money. So that form of rationing will be restricted, giving more people access to health care. Then there's the rationing of keeping 46 million Americans off insurance altogether. But even if you have insurance, and even if they can't find a way to kick you off if you do get sick, there's plenty of rationing. Media Matters quotes Kathleen Sebelius explaining the whole thing quite sensibly:

So, people who say that, "Oh, this is a terrible idea; this could happen someday in the future," it's happening every day. But it's really private insurance plans that are making those decisions. What we're hoping to do is change that situation. Private insurance companies should no longer be able to decide who gets health coverage and who doesn't, what kinds of benefits are available. And we want to make sure that it's really health care providers that make those choices in the future.

I've noted before that the Republican tactic in battling health care reform is to take things that are already happening and claim that they will happen if we reform health care, and that the world you're experiencing now is actually the future, because attempting to access health care through a private insurer means that you're sent through time to a dystopia where that insurer has to work through a government system mandating care, which perversely means you don't get it. And while you're in the future (thinking you're in the past), your generous insurer, oblivious to the need to make a profit, is trying valiantly to find out what happened to you so they can pay for everything and buy you flowers while they're at it. As a persuasive technique, the time traveling one has its limits, or so you'd think. But luckily, Republicans have an ace in the pocket with their base, which is their deep paranoia and fear of having to share stuff with the hoi polloi, especially when the hoi polloi has a darker skin tone on average than the Republican base would prefer.

Basically, the vast majority of Republican complaints about health care can be summed up as this: We like that 46 million people aren't insured, because that way, we don't have to sit next to them in waiting rooms. When they talk about wait times, they're trying to make you angry that some minimum wage worker might have gotten his appointment to get a hip replacement before you did. When they talk about people "abusing" the system and taking more health care than they deserve, they mean that working class and poor people might actually think they deserve more than a nominal resuscitation attempt when they die. That's also what Republicans mean when they talk about how everyone can get treated at E.R. By god, they're allowing the working poor to get entire broken limbs mended! How dare the unwashed masses suggest that they also have a right to have chronic illnesses treated and preventative care, to boot! And all the talk in the world about how greater access to health care means more prevention, which means saving money (and wait times, in a lot of cases) won't change minds on this, because the idea of all these people clogging up your doctor's office instead of peacefully perishing at home is just too vivid an image.

Republicans aren't particularly subtle about this strategy, either. Check out this image from the RNC's Barack Obama Experiment, a website designed to scare their base with stories of how they'll have to share their doctors with people they don't even like to share streets with.

One would think this sort of image would directly conflict with the Republican talking point about how the uninsured are allowed to not die---sometimes---by going to E.R. But consistency or coherence are irrelevant to making the necessary emotional impact. This image sends its message loud and clear: if everyone is allowed to have health care, that means that you'll have to rub shoulders with everyone when you go to E.R. You'll have to suffer the indignity of people you'd prefer to have scrubbing stuff for you getting called into the doctor's office before you, simply because they got there first. The reason the word "socialism" is being flung around is not just because it has a bureaucratic ring to it, but because the base understands that the problem with socialism is that it assumes that everyone is equal. Never mind that health care reform is about living up to the promise of extending the rights of life, liberty and pursuit of happiness to everyone. Thomas Jefferson was probably a dirty socialist, too.

I've said it before, but I'll say it again---if you're actually irritated by having to wait in E.R. for a couple of hours for care, then you should support universal health care. I realize that for the people that this "socialism" pitch is aimed at, it's really hard for them to get past the fact that they'll let just anyone into E.R., and they can't take a moment to wonder what brings people there. But if you think about it, most of those people with pneumonia and other diseases that respond well to early treatment wouldn't have to be in line, waiting for care because staying at home hoping wasn't enough to make them well. Of course, this reality is sort of hard to see if you're working yourself into a froth because a bunch of people you think are undeserving get served first because they got there first.