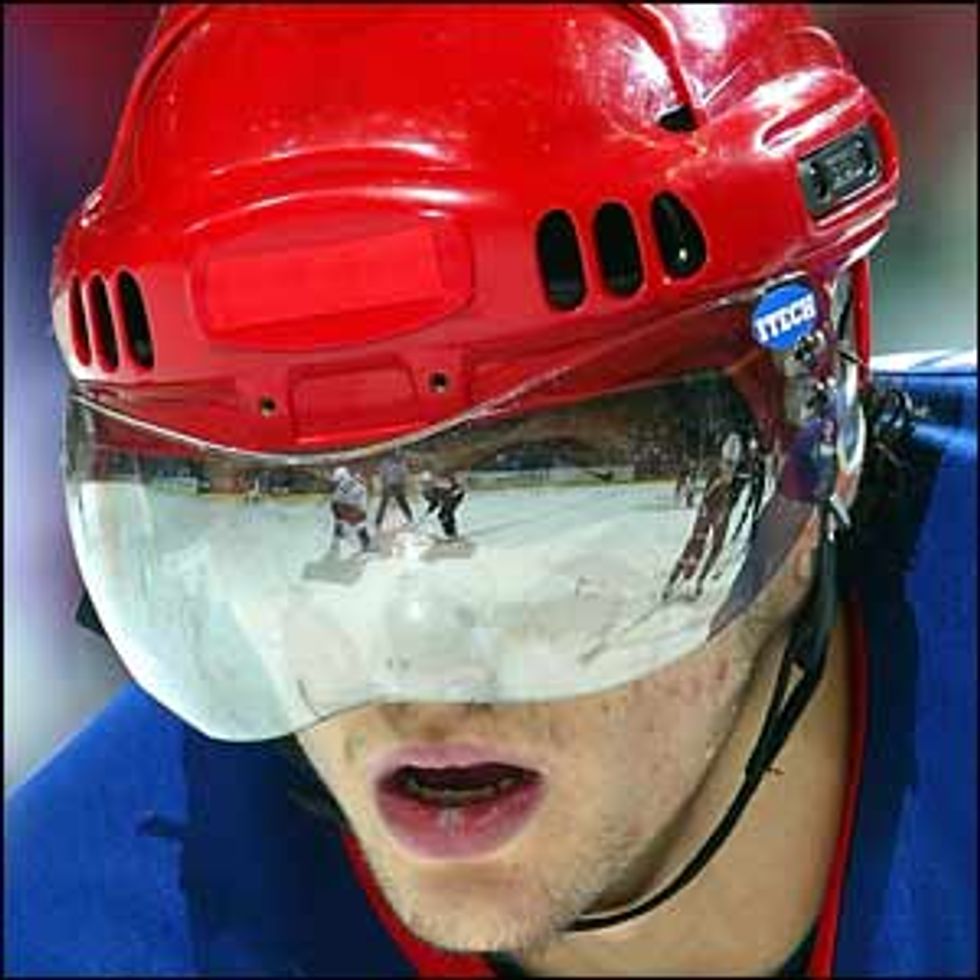 Alex Ovechkin is in and Senate Minority leader Mitch McConnell is out, or so says GQ's newest edition of "The 50 Most Powerful People in D.C."

President Obama, First Lady Michelle Obama and Vice President Biden are excluded from the competition. A team of  seven GQ staffers wrote and reported the 2009 version of the list, which gives top billing to Obama's Chief of Staff Rahm Emanuel.

The magazine describes Emanuel as "More, much more, than just the gatekeeper to the president."

"He knows procedure, he's ruthlessly pragmatic about what is politically achievable, and he knows how and when to twist arms and call in the many favors he's owed," the list says.

Speaker of the House Rep. Nancy Pelosi was the highest-ranked woman on the list, coming in at #8: "Even though her approval ratings have plummeted to 19 percent, Pelosi ably corralled her majority on health care (which moved swiftly through three House committees) and cap and trade," GQ noted.

GQ reporter Raha Naddaf told Politico the magazine began with a list of about 200 names,  after collecting input from journalists, congressmen, lobbyists, think tankers and others to compile the biennial list of "the men and women who truly have clout--in a city where a lot of people think they do."  The reporters say they tried to ensure people wielding all different kinds of power made the cut.

Some members of Congress even scored a spot for their willingness to buck their party: Both Democratic Sen. Ben Nelson of Nebraska and Republican Sen. Olympia Snowe of Maine share 22nd place.

"He's a pro-life Democrat who voted for Bush's $1.3 trillion tax cuts, wavered on the stimulus bill, and is playing hardball on health care. She's a pro-choice Republican who supported the stimulus plan, blamed her colleagues for losing Arlen Specter to the other side, and is the only GOPer on the Finance Committee willing to negotiate on health care. Their status as unpredictable votes means one thing: They have leverage."

Others earned the limelight because of hot policy issues. Montana's Democratic Sen. Max Baucus jumps from oblivion in the 2007 list to fourth place this year.  "Health care? Cap and trade? Light rail? All roads lead through Baucus," GQ notes.

Even with Democrats controlling the White House and both chambers of Congress, not all Republicans were shunned. Besides Cantor, Oklahoma Republican Sen. Tom Coburn made his first appearance on the list at #28, and former Veep Dick Cheney earned the number 9 slot despite holding no elected office.

"The party is in search of a leader, and something tells us the Dark Lord will be casting his shadow for some time to come," GQ says of Cheney.

Hockey player Ovechkin, the star of the Washington Capitals, barely made the cut at #48 --- the magazine noted he, along with the Pope and French President Nicolas Sarkozy, have received the keys to Washington from D.C. Mayor Adrian Fenty. Ovechkin still came in 10 slots down from Reggie Love (aka #38 and Obama's "body man," the guy who keeps hand sanitizer in his pockets for the President).

Nonetheless, both men snagged spots that could easily have gone to the Boehner and McConnell,  two highest-ranking GOP members of Congress.

Boehner spokesman Michael Steel told POLITICO he wasn't losing any sleep over it. "GQ's prejudice against brightly-colored golf sweaters is well known, and it seems to have affected their judgment in this situation," Steel said.