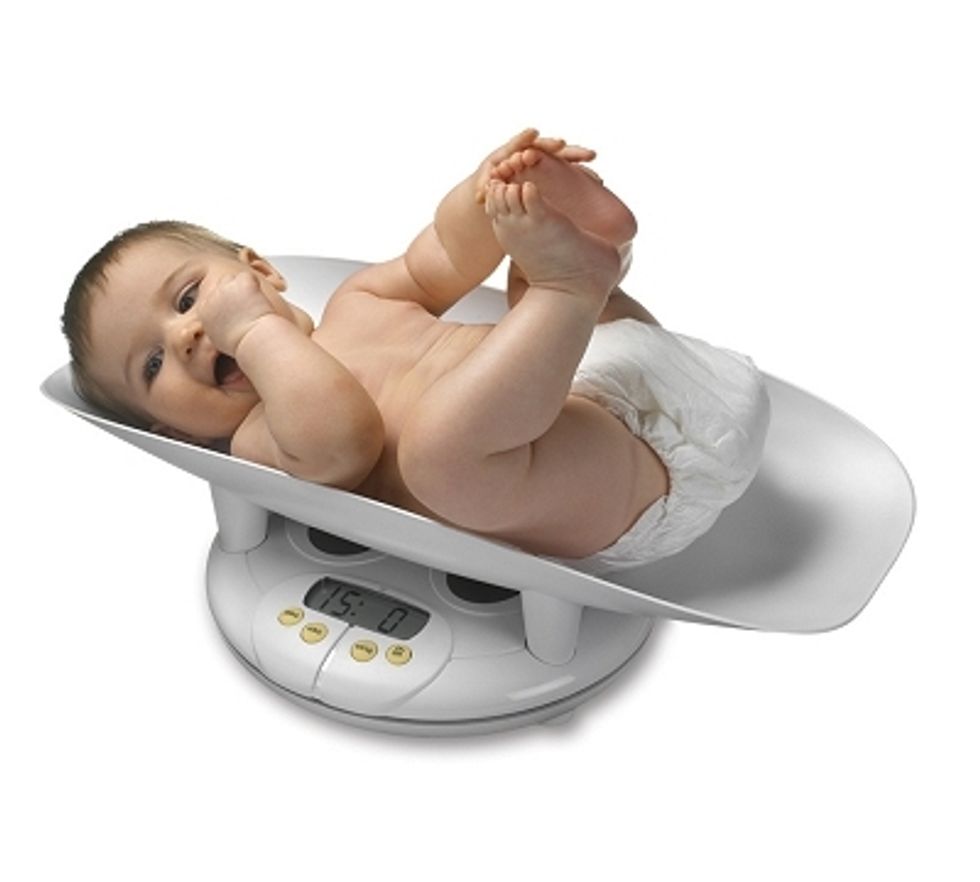 As if there weren't enough problems with health insurance companies: a new report reveals that insurance companies now deny coverage to babies that are above the 95th percentile for height or weight after they are born, effectively considering their size a "pre-existing condition."

In a report published this weekend, The Denver Post revealed the story of Alex Lange, "a chubby, dimpled, healthy and happy 4-month-old."

Lange's parents say he was denied coverage because he's in the 99th percentile for infant weight. Rocky Mountain Health Plans turned him down, saying insurers don't take babies over the 95th percentile, no matter how healthy they are.

"I could understand if we could control what he's eating. But he's 4 months old. He's breast-feeding. We can't put him on the Atkins diet or on a treadmill," his frustrated father, Bernie Lange, told the Post. "There is just something absurd about denying an infant."

Bernie and Kelli Lange tried to get insurance for their growing family with Rocky Mountain Health Plans when their current insurer raised their rates 40 percent after Alex was born. They filled out the paperwork and awaited approval, figuring their family is young and healthy. But the broker who was helping them find new insurance called Thursday with news that shocked them.

Up until then, the Langes had been happy with Alex's healthy appetite and prodigious weight gain. His pediatrician had never mentioned any weight concerns about the baby they call their "happy little chunky monkey."

His brother had trouble putting on weight, his parents say, so they've been more conscious in feeding their new son. Later, the story noted:

At birth, Alex weighed a normal 8 1/4 pounds. On a diet of strictly breast milk, his weight has more than doubled. He weighs about 17 pounds and is about 25 inches long.

More details on the Lange's saga can be read here.

The question of weight isn't purely academic when it comes to health insurance, but studies suggesting higher premiums for people with higher "body mass index" measurements give only tepid support to such a pricing scheme. Those with very high BMIs do cost insurers more, though the correlation is weaker than some might suspect.

On one hand, statistically, people who are obese (BMI above 29.9) have higher insurance costs than those who have healthy weights (BMI of 19 to 25). The CDC estimates that as much as 10 percent of U.S. health care costs are due to overweight and obese people. So perhaps they should pay a higher premium for their health care.

Moreover, most football players, because of their high muscle mass, have BMIs above 30, so what of those people who lift weights? And finally, it is true that someone with a BMI in the high 20s or low 30s who exercises regularly is more healthy than a couch potato with a healthy weight.

You can calculate your own body mass index here.