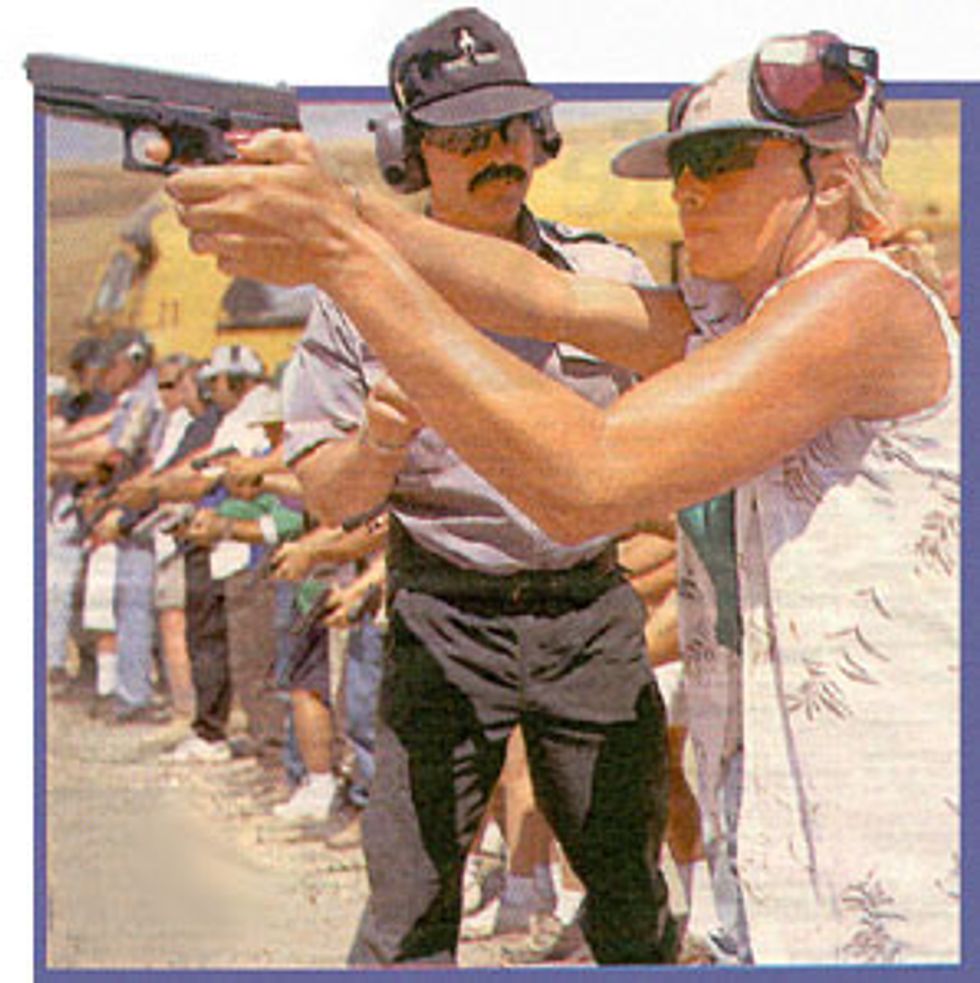 The radio network that broadcasts Rush Limbaugh, Sean Hannity and Glenn Beck balked at running ads for a handgun training class that came with a free gun, unless the sponsor called the firearms "free gifts."

Dr. Ignatius Piazza, the founder and director of the Front Sight Firearms Training Institute that provides the course and is touting the gun giveaway, refused to make the change and is calling on his fans to protest Premiere Radio Network's decision.

"Can you believe this hypocrisy?" Piazza writes in his e-mail to supporters. "Premiere Radio Network, makes a fortune off millions of listeners who believe the hosts they are listening to don't just "talk the talk" of conservative values but also "walk the walk" and yet when I place the word "Gun" in an ad with a proven track record of delivering over 3,000 courses and guns to responsible American citizens across this country, Premiere Radio Network refuses it!"

Premiere Network spokeswoman Rachel Nelson told Raw Story in an e-mail that the network requested Piazza revise his ad because "the message wasn't clearly communicated or adequately described, and may have conflicted with state law restrictions regarding the advertisements of firearms."

The ad buy for the free gift, "a brand new Springfield Armory XD pistol in the caliber of your choice," was worth $96,411 according to Piazza. The ad itself instructed listeners, "Now is the time you and your family need to be armed and trained to levels that exceed law enforcement and military standards!"

"I hope and pray that Rush Limbaugh, Sean Hannity, and Glenn Beck have no idea such hypocrisy is going on at their network and have nothing to do with such an asinine decision on the part of Premier Radio Network," Piazza wrote on his website and in e-mails exhorting his supporters to complain. "I sincerely want to believe that this insult to conservative radio listeners is the direct result of some NITWIT at Premiere Radio Network who makes a his living on the backs of conservatives and patriots, but is covertly anti-gun and anti-American in his true beliefs!"

Piazza did not respond to Raw Story's requests for comment. News reports from Gun Week and local media say the shooting institute founder was sued in 2005 for alleged violations of federal Racketeering Influenced and Corrupt Organizations (RICO) Act and California consumer protection laws.

Gun Week reported that part of Front Sight's curriculum included a "sales pitch" similar to those given by time share groups in which students were encouraged to buy memberships to the facility, some of which cost as much as $175,000. In return, those members would be allowed to take classes for free and given a one-acre home site at the shooting "resort," where Piazza said he planned to build a residential development. The lawsuit alleged that Piazza had created a Ponzi scheme in which he continued to sell the memberships knowing that he was not raising enough money to ever "proceed with the plan as presented."

Piazza settled the lawsuit in 2007, but violated the terms of the agreement and in May, a judge ordered the court to seize the shooting facility and all assets, according to the Pahrump Valley Times. Now a court-appointed administrator is in charge of all financial transactions.