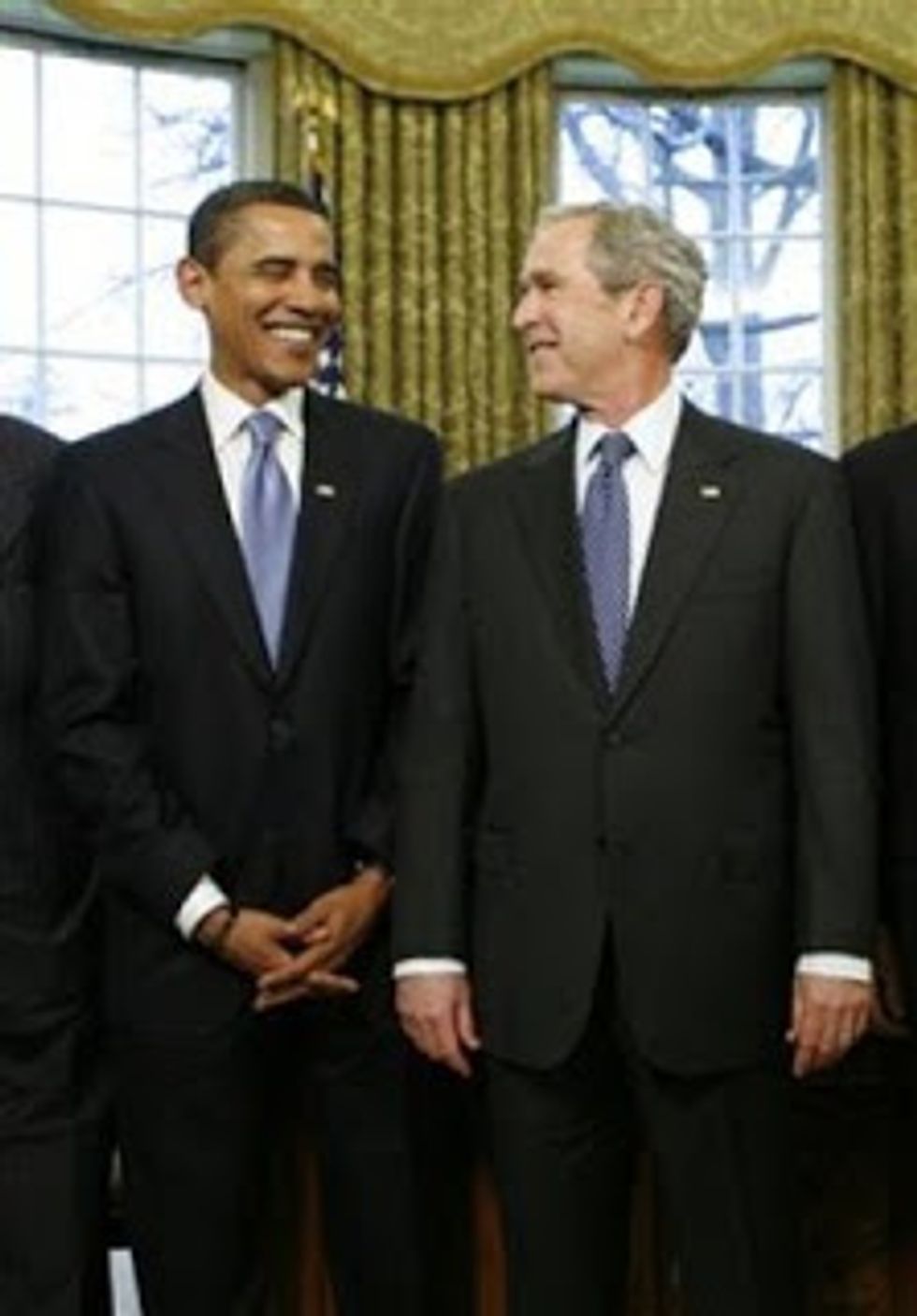 Its been said with regards to the Watergate scandal and the Nixonian presidency that the cover-up was worse than the crime. A month after Nixon resigned, his successor, President Gerald Ford pardoned him, and many observers believed his technically-less-than-one-term administration never recovered from that action.

Times, of course, change. And this time around cover-up claims are crossing party lines.

"The Obama administration has clung for so long to the Bush administration’s expansive claims of national security and executive power that it is in danger of turning President George W. Bush’s cover-up of abuses committed in the name of fighting terrorism into President Barack Obama’s cover-up," the editorial argues.

A British court recently ruled that the country should release U.S. intelligence information on the alleged torture of a man held in several overseas prisons, despite concerns it could harm intelligence-sharing with the United States.

Lord Justice John Thomas and Justice David Lloyd Jones want to disclose seven redacted paragraphs from an earlier ruling on the treatment of an Ethiopian man who moved to Britain as a teenager, was arrested in Pakistan in 2002 and held by U.S. officials in Afghanistan, Morocco and Guantanamo Bay.

Binyam Mohamed alleges he was tortured by Pakistani intelligence officials in overseas prisons, but that British officials were complicit in his treatment. He told the BBC: "There is information in there, I'm 99 percent sure, which states that the U.S. sub-contracted the UK government to do its dirty work."

However, the NY Times points out, "To block the release of those paragraphs, the Bush administration threatened to cut its intelligence-sharing with Britain, an inappropriate threat that Secretary of State Hillary Rodham Clinton repeated. But the court concluded that the actual risk of harm to intelligence-sharing was minimal, given the close relationship between the two countries. The court also found a 'compelling public interest' in disclosure, and said that nothing in the disputed seven paragraphs — a summary of evidence relating to the involvement of the British security services in Mr. Mohamed’s ordeal — had anything to do with 'secret intelligence.'"

The editorial adds, "The Obama administration has aggressively pursued such immunity in numerous other cases beyond the ones involving Mr. Mohamed. We do not take seriously the government’s claim that it is trying to protect intelligence or avoid harm to national security."

The editorial also chastises Obama for "resist[ing] orders by two federal courts to release photographs of soldiers abusing prisoners in Afghanistan and Iraq."

"We share concerns about inflaming anti-American feelings and jeopardizing soldiers, but the best way to truly avoid that is to demonstrate that this nation has turned the page on Mr. Bush’s shameful policies," the editorial explains. "Withholding the painful truth shows the opposite."

Contrary to the central strawman invariably raised by his defenders, none of the complaints is grounded in the objection that Obama "has failed to act quickly enough" to repudiate Bush/Cheney abuses. Let's repeat that: none of the criticisms of Obama from the NYT today -- or from civil libertarians generally -- is grounded in the complaint that he hasn't acted quickly enough. The opposite is true: the complaint is that he has actively and affirmatively embraced those very policies as his own -- the very policies which Democrats and liberals almost unanimously claimed for years they found so offensive and dangerous -- and he has vigorously defended them and repeatedly applied them in numerous circumstances.

"In other words -- according to one of the President's most supportive media outlets -- the Obama administration is advancing false and pretextual claims of "national security" in order to justify radical secrecy and immunity powers: claims that should not even be 'taken seriously,'" Greenwald adds. "Does that sounds familiar?"