'Public option may cost you your life,' GOP leader says 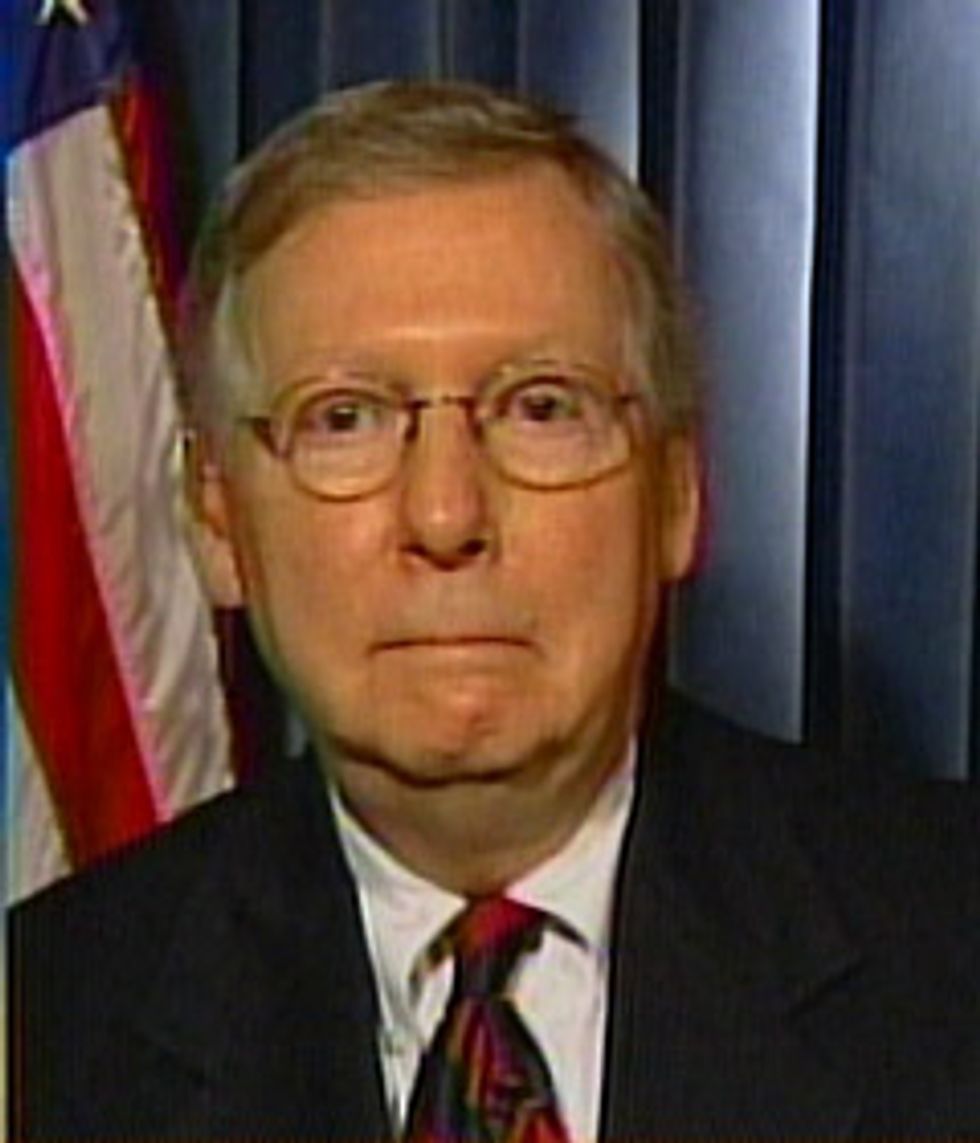 From the party that brought you "death panels," meet -- well -- just "death."

Republicans and private health insurance firms are aghast at the inclusion of a so-called "public option" in House and Senate healthcare overhaul bills.

None more so than Republican Minority Leader Mitch McConnell, who's charged with leading resistance in the Senate. In an interview Wednesday revealed by ThinkProgress, McConnell declared that the government insurance option would lead to government takeover of the entire healthcare system.

"I think if you have any kind of government insurance program, you're going to be stuck with it and it will lead us in the direction of the European style, you know, sort of British-style, single payer, government run system," McConnell remarked. "And those systems are known for delays, denial of care and, you know, if your particular malady doesn't fit the government regulation, you don't get the medication.

Then, he added, "And it may cost you your life. I mean, we don't want to go down that path."

Republicans aren't the only party throwing around the d-word, however. Democratic Rep. Alan Grayson (D-FL) recently took fire over comments on the House floor in which he declared that the Republican health care plan involved hoping for patients to "die quickly."

The following audio is The Dennis Miller Show, broadcast on Oct. 28, 2009.