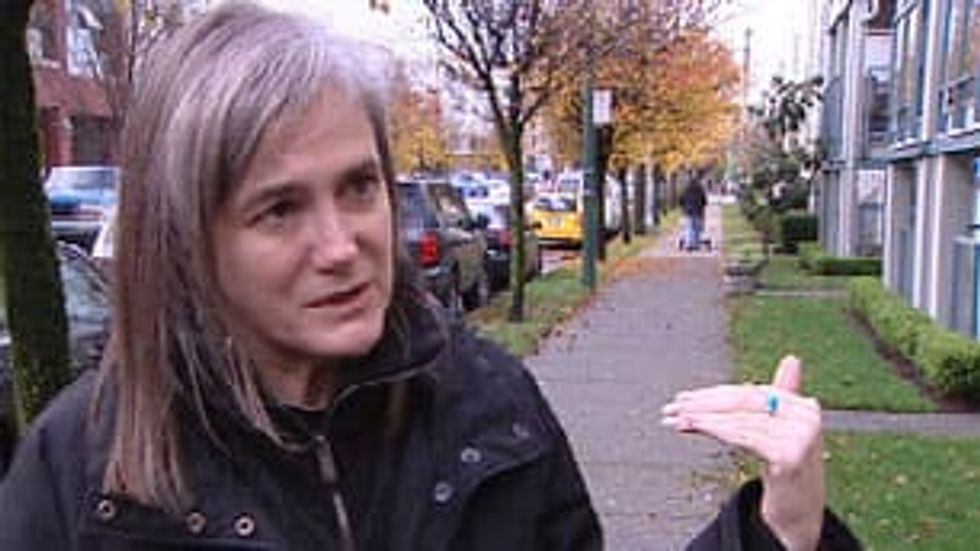 A U.S. journalist was grilled by Canadian border officials for 90 minutes Wednesday. Officials demanded to know if Democracy Now's Amy Goodman was going to speak against hosting the Olympic games in Canada.

Goodman said that she and her crew "were flagged right off the bat," and that they "demanded her notes."

She said they sifted through their vehicle and perused one of her colleague's computer.

Goodman said that it "has a very chilling effect when you're a journalist and you're asked about what you're going to talk about."

"How many people does this happen to that we don't know about?" Goodman asked, adding that "dissent is what will save us."

A spokeswoman with the Canada Border Services Agency said anyone entering Canada may be stopped at the border for questioning.

Faith St. John would not comment on Goodman's case specifically, citing privacy concerns, but said there are many reasons that a person may be detained while coming into Canada.

``It's not an accusation of a wrongdoing,'' she said.