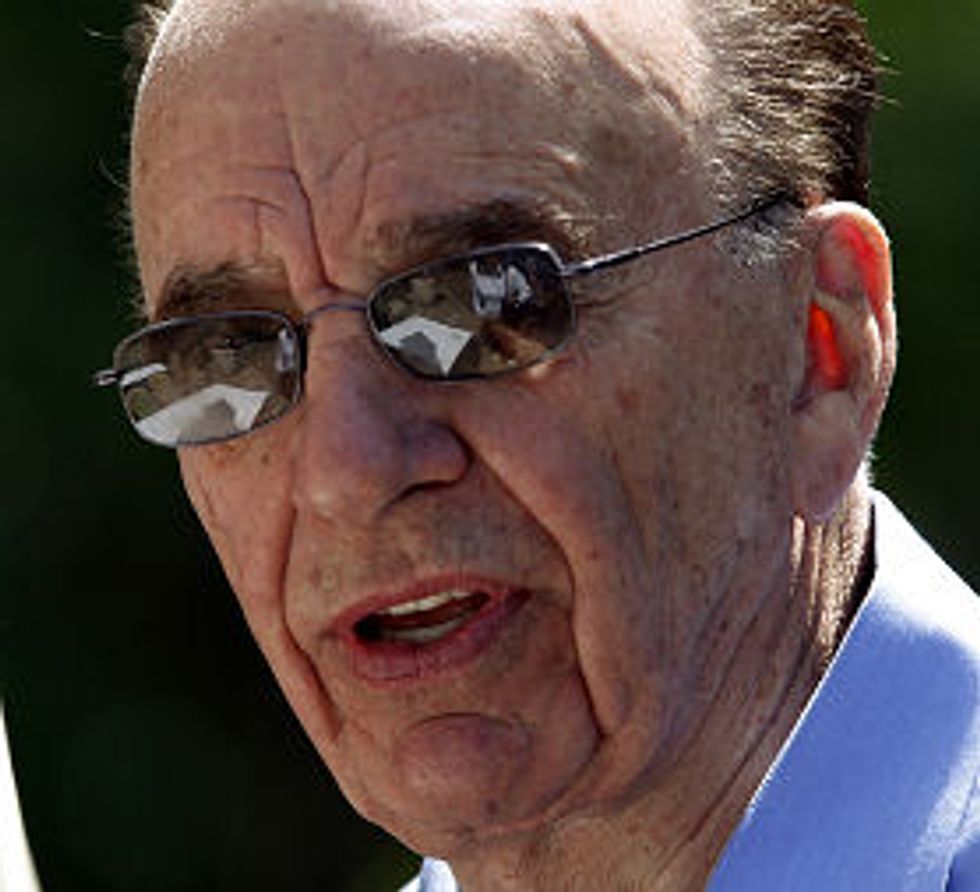 Specifically, Murdoch says he was right about calling President Barack Obama a "racist," which critics argue was a racist comment itself. 81 companies pulled their sponsorship from Beck's Fox program after outrage from a civil rights group.

In July, Beck called Obama a "racist" after he attempted to mediate a dispute between Harvard professor Henry Louis Gates and a Cambridge, Mass. police office who arrested him inside his own home. Beck said Obama had a "a deep-seated hatred for white people, or white culture.”

Asked by an Australian television outlet (which he owns) whether Beck's comments about Obama being a racist were "defensible," the 78-year-old News Corporation chairman agreed.

SPEERS: The Glenn Beck, who you mentioned, has called Barack Obama a racist and he helped organize a protest against him. Others on Fox have likened him to Stalin. Is that defensible?

MURDOCH: No, no, no, not Stalin, I don’t think. I don’t know who that, not one of our people. On the racist thing, that caused a grilling. But he did make a very racist comment. Ahhh…about, you know, blacks and whites and so on, and which he said in his campaign he would be completely above. And um, that was something which perhaps shouldn’t have been said about the President, but if you actually assess what he was talking about, he was right.

Murdoch is the chairman of News Corporation, which owns Fox News, the Wall Street Journal and the New York Post. His comments sparked interest from ThinkProgress, a liberal blog, which reported on his remarks.

The blog notes that Murdoch's claim that no one on Fox has compared Obama to Stalin is misleading and perhaps false.

In April, Beck showed pictures of Russian communists Josef Stalin and Vladimir Lenin, and asked, "Is this where we're headed?"

Beck's comments about Obama's "hatred" for "white people" set off a firestorm on the Web and sparked a petition drive to oust Beck's sponsors.

In a form letter posted online intended to be sent to those who canceled their support, the group Color of Change wrote, "Beck's racially divisive rhetoric, and falsehoods peddled as truth, have no place on a network that positions itself as a source of news, and it pollutes our public discourse. Your refusal to allow your brand to be associated with Beck, and your support of honest public debate, are critical and appreciated."

In the interview, Murdoch also said his company was considering blocking Google News from indexing its content.

"I think we will, but that's when we start charging," he said. "We have it already with the Wall Street Journal. We have a wall, but it's not right to the ceiling. You can get, usually, the first paragraph from any story - but if you're not a paying subscriber to WSJ.com all you get is a paragraph and a subscription form."

Murdoch and his lieutenants have repeatedly accused Google of ripping off the firm's editorial content.