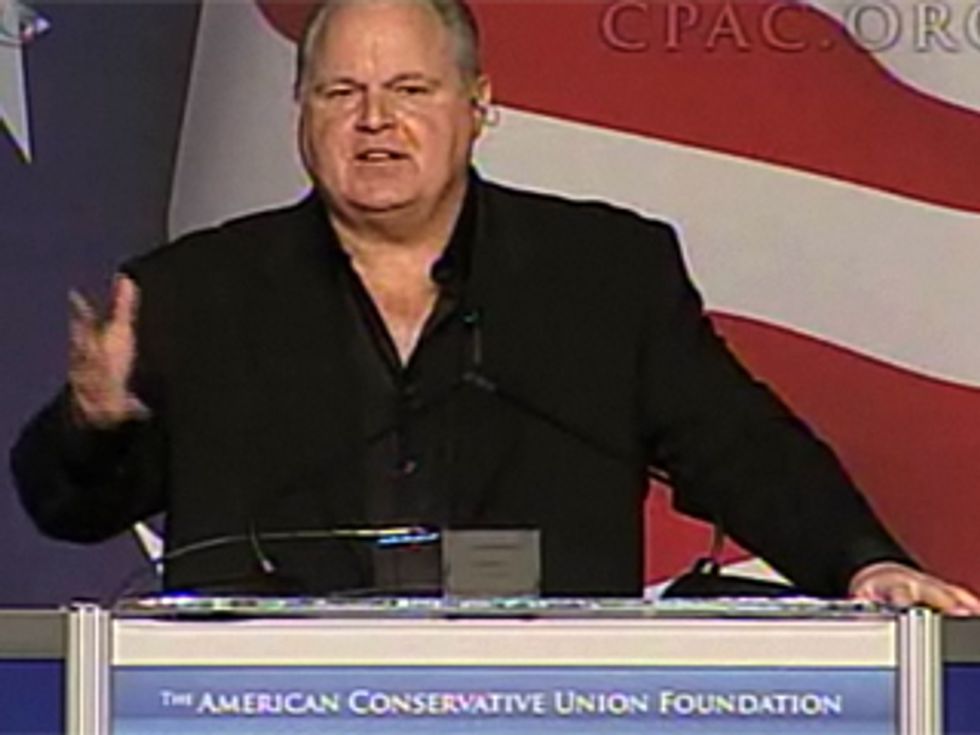 It's highly unlikely that Limbaugh only "discovered" he had a high school football knee injury several years after the fact or was unaware that a bad knee was reason for a physical deferment, so the pilonidal cyst is the far more probable explanation.

Limbaugh has taken flak repeatedly in the past year, most notably over comments that Obama should consider the return of segregated busing after black students beat up a white student on a bus.

“Not only it was racism, it was justifiable racism," Limbaugh said. "I mean, that’s the lesson we’re being taught here today. Kid shouldn’t have been on the bus anyway. We need segregated buses — it was invading space and stuff. This is Obama’s America.”

Limbaugh also suggested that racism itself was acceptable.

“If homosexuality being inborn is what makes it acceptable, why does racism being inborn not make racism acceptable?” the talk show host asked. “I’m sorry — I mean, this is the way my mind works. But apparently now we don’t choose racism, we just are racists. We are born that way. We don’t choose it. So shouldn’t it be acceptable, excuse — this is according to the way the left thinks about things.”

His comments were captured by MediaMatters and are available here.