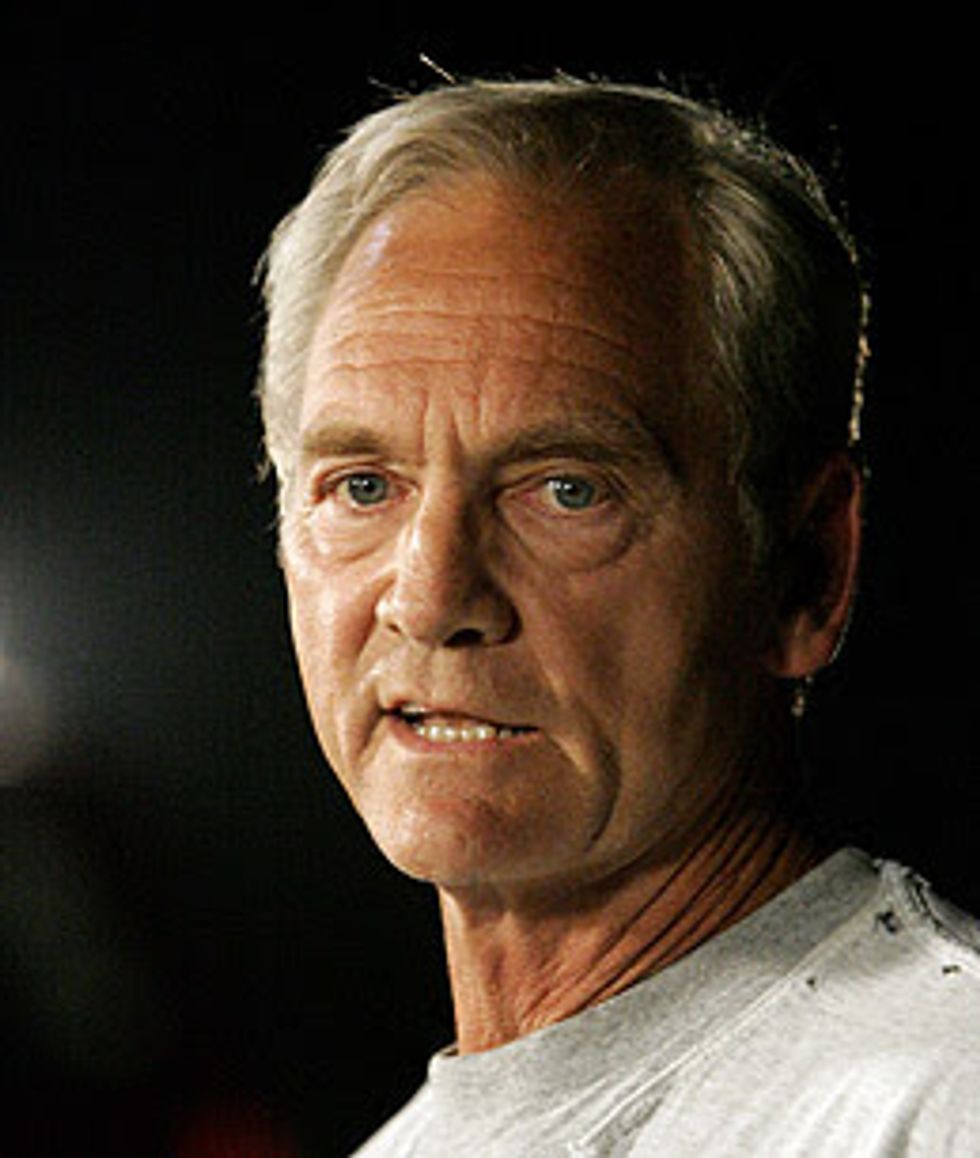 Go back to jail.

That's the message from Obama administration lawyers to former Alabama Gov. Don Siegelman, whose case became a cause célèbre among Bush administration critics as ground zero of alleged political prosecutions.

The seeming disconnect between Obama's team and numerous Democrats -- including House Judiciary Committee Chairman John Conyers, Jr., who's investigated Siegelman's case -- may be because President George W. Bush's US Attorney in Alabama is still in office. Democrats still haven't settled on a replacement, some eleven months after Obama's inauguration.

In advice to the Supreme Court made public early this week, Obama's Justice Department stood firmly behind the position of Bush US Attorneys who won Siegelman's conviction on bribery charges in 2006. The two US Attorneys connected to the case were Bush appointees -- whose numerous conflicts of interest were documented in the Raw Story series, " The Permanent Republican Majority," which received a nomination for best investigative reporting by the Online News Association in 2008.

In September 2007, GOP whistleblower Dana Jill Simpson testified before lawyers for the House Judiciary Committee and described a conference call among onetime Rove associate Bill Canary, Governor Bob Riley's (Riley succeeded Siegelman) son Rob and other Riley campaign aides, which she said took place on Nov. 18, 2002 -- the same day Don Siegelman conceded the 2002 gubernatorial election. Simpson alleged that Canary had said that “Rove had spoken with the Department of Justice” about “pursuing” Siegelman and had also advised Riley's staff “not to worry about Don Siegelman” because “‘his girls’ would take care of” the governor.

Rove later would argue that Simpson's claims were spurious, and says that he had no involvement whatsoever in Siegelman's case.

Regardless, other problems with the case led 91 state attorneys general to seek a review of Siegelman's conviction. But the Obama administration doesn't agree. They argue that federal prosecutors have proven their case.

"Under a standard that requires not just a quid pro quo, but one that is verbally spelled out with all 'i's dotted and 't's crossed, all but the most careless public officials will be able to avoid criminal liability for exchanging official action for campaign contributions," lawyers for the administration say in court papers papers.

Siegelman was freed on appeal early last year. He was originally sentenced to seven years in prison.

They said it was not against the law for Siegelman to appoint former HealthSouth CEO Richard Scrushy to a hospital regulatory board after Scrushy arranged for $500,000 in donations to Siegelman's campaign for a statewide lottery.

They said there was no agreement between the governor and Scrushy concerning the appointment.

"This case concerns the criminalization of conduct protected by the First Amendment - the giving and receiving of campaign contributions," the group's amicus brief said.

The Siegelman case was assigned to Judge Mark Fuller, a former district attorney whom George W. Bush had nominated for a federal judgeship in August 2002. Fuller was accused by his Siegelman-appointed successor in the district attorney's office of falsifying payroll records with intent to defraud the Alabama retirement system, leading him to back Riley during that year's election.

Siegelman was accused of accepting a $500,000 donation from HealthSouth founder Richard M. Scrushy in exchange for an appointment to the Alabama hospital regulatory board. That donation went to pay off a debt incurred by a non-profit foundation set up by Siegelman and others to promote an education lottery in a state referendum. However, Siegelman's attorney argued that he did not control the foundation by which the debt was incurred, nor did he take money from or profit from the foundation.

The case dragged on until June 2006, shortly after Siegelman was defeated in the Democratic primary. A few weeks later, he was acquitted of 25 of the 32 counts against him, but he was ultimately convicted on the other seven, after the jury had deadlocked twice and been sent back to deliberate by Judge Fuller. During the trial itself there were many irregularities, including strong indications of jury tampering involving two jurors.

With earlier reporting by Larisa Alexandrovna.