We're running out of gold: miners 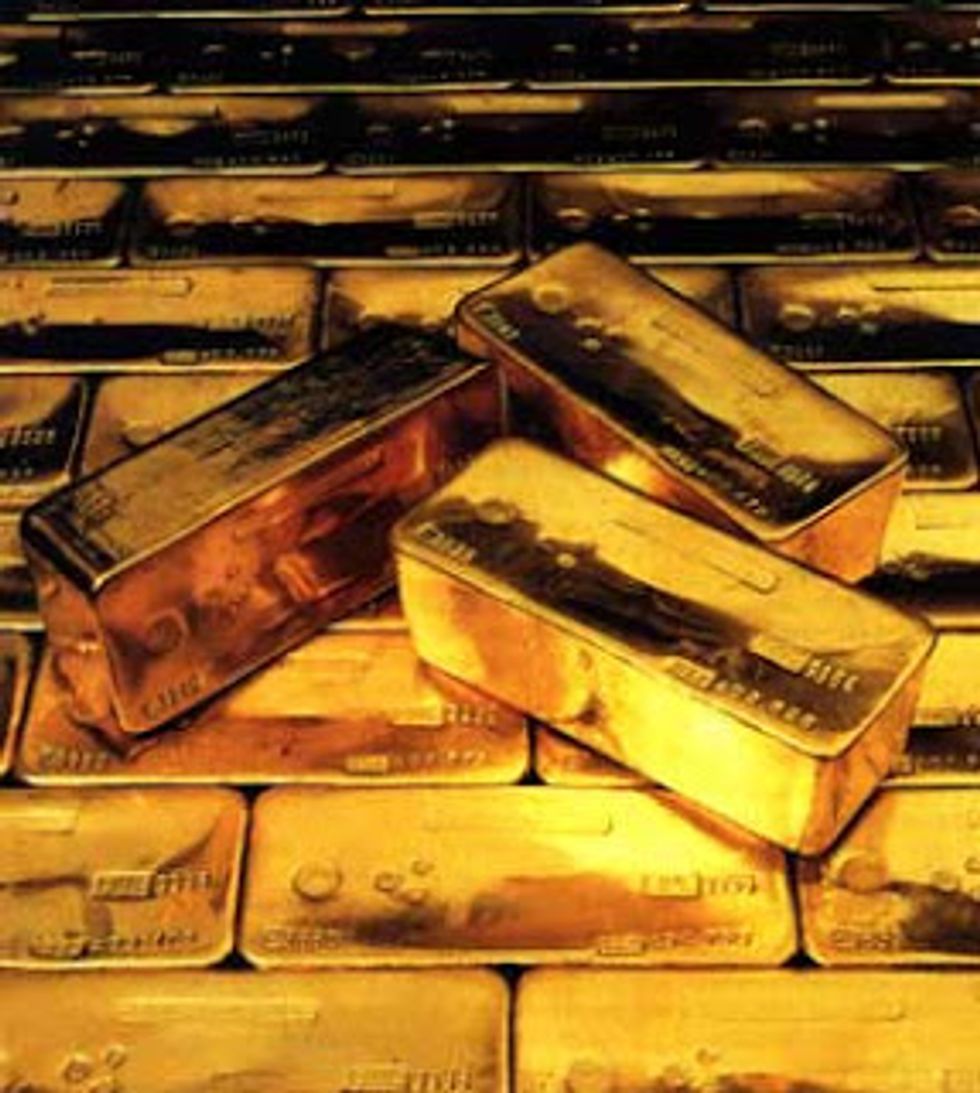 MONTREAL — Gold production will continue to fall, despite a brief boost in 2009 and soaring prices, as deposits are exhausted and new discoveries remain elusive, say miners.

In terms of production, "2009 is the outlier as far as the trend," Omar Jabara, spokesman for US-based Newmont Mining, the second-largest gold producer in the world, told AFP.

Overall, "it's a fact that gold production from mines has been in decline since 2001 and has gone roughly from 85 million ounces to about 75 million ounces a year," said Vincent Borg, spokesman for number one producer Barrick Gold.

"It sort of goes down about one million ounces every year and our forecast is that it will continue to decline despite the higher price" for gold nowadays, he said.

Almost everywhere, mineral deposits are being exhausted and new deposits are not being found fast enough to replace them, these experts explain.

South Africa, which was once at the vanguard of world production, saw a 9.3-percent drop in production year-over-year in the second quarter, according to its Chamber of Mines.

Globally, "it's just that the assets are not there anymore," Tonya Todd, a spokeswoman for Goldcorp, Canada's second biggest gold mining firm.

"Just because gold reached a new high today doesn't mean we can send a message to our 26 mines saying produce as much gold as you can today because they are already," said Borg.

"It's not like a water tap you can turn on and it comes right away."

Barrick and Newmont expect nevertheless to continue increasing production next year by seven percent and five to 10 percent, respectively. But long-term, it's downhill.

Omar Jabara explained that it takes from seven to 10 years to start production of a mine after finding an economically viable gold deposit.

And "no significant new discoveries have been found in recent years, despite the higher gold prices and despite higher exploration budgets," said Borg.

What is already happening and is likely to continue is that the grade or quality of deposits industry-wide will be "on average lower than deposits discovered in the past," opined Jabara.

The global gold mine production is forecast to rise by 3.7 percent in 2009 to about 2,500 tonnes, but will satisfy only two-thirds of demand, which soared this year amid the global financial crisis to 3,800 tonnes, according to the World Gold Council.

Historically, gold recycling or the sale of central bank stockpiles made up for supply shortages.

But during the latest financial crisis, banks have been buying up gold in large quantities to protect monetary reserves against weakness in the US dollar.

Since the start of November, for example, India's central bank has scooped up 200 tonnes of gold from the International Monetary Fund, at market value for about 6.7 billion dollars.

Amid uncertainty in the stock market, small investors and hedge funds are also coveting gold, driving up demand for the precious metal.

With mine production sloping downwards, an increasing supply of gold must come from existing supplies -- such as coins, bullion or jewelry -- but it will be very limited.

"All the gold ever produced through history amounts to about 165,000 tonnes, which would barely fill two Olympic-size swimming pools," said Jabara.

Gold prices soared to a record above 1,180 dollars in London on Wednesday hitting 1,180.20 dollars an ounce in trading on the London Bullion Market, after striking a series of historic peaks in recent days and weeks.