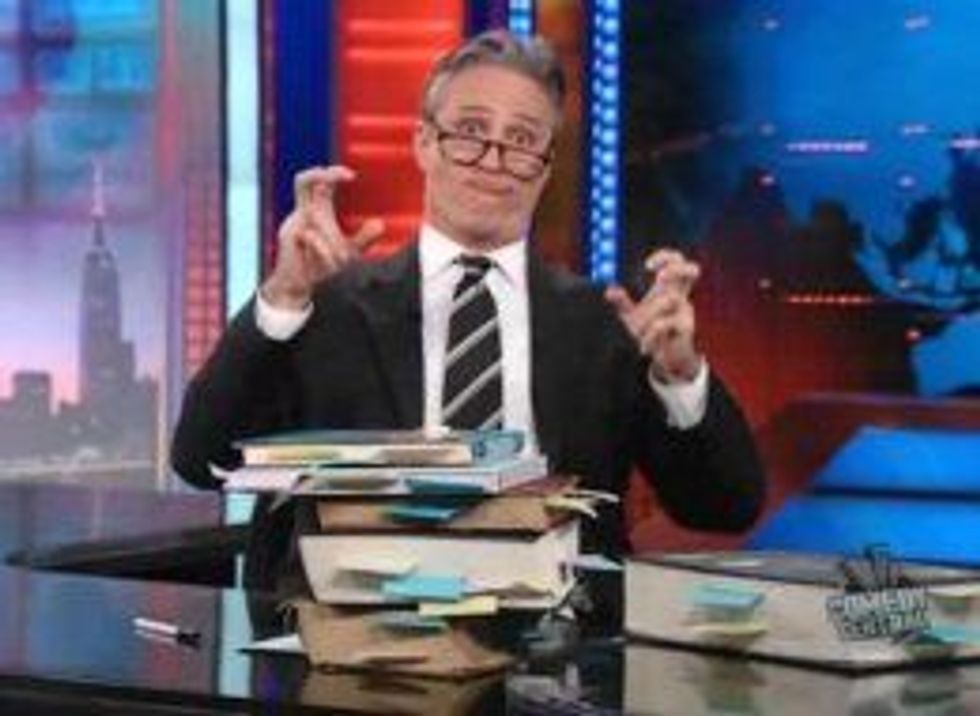 Keith Olbermann's recent quip in which he told Fox News host Glenn Beck to "go to hell" was only the beginning.

In an amusing segment Thursday night, the Daily Show's Jon Stewart announced the 11/3 project to commemorate the date of Glenn Beck appendicitis.

"There's a larger more serious point to be made here," warned Stewart. "You may remember that 18 months ago Glenn Beck was hospitalized after botched hemorrhoid surgery. This appendix thing is not an isolated incident," Stewart said, using his best Beck impersonation.

"You certainly won't hear about it in the mainstream media. There's a war going on. The stakes are nothing less than Glenn Beck's internal organs," said Stewart.

Stewart then leapt from his seat to a chalk board and proceeded to investigate Beck's conspiratorial anatomy.

This video is from Comedy Central's The Daily Show, broadcast Nov. 5, 2009.