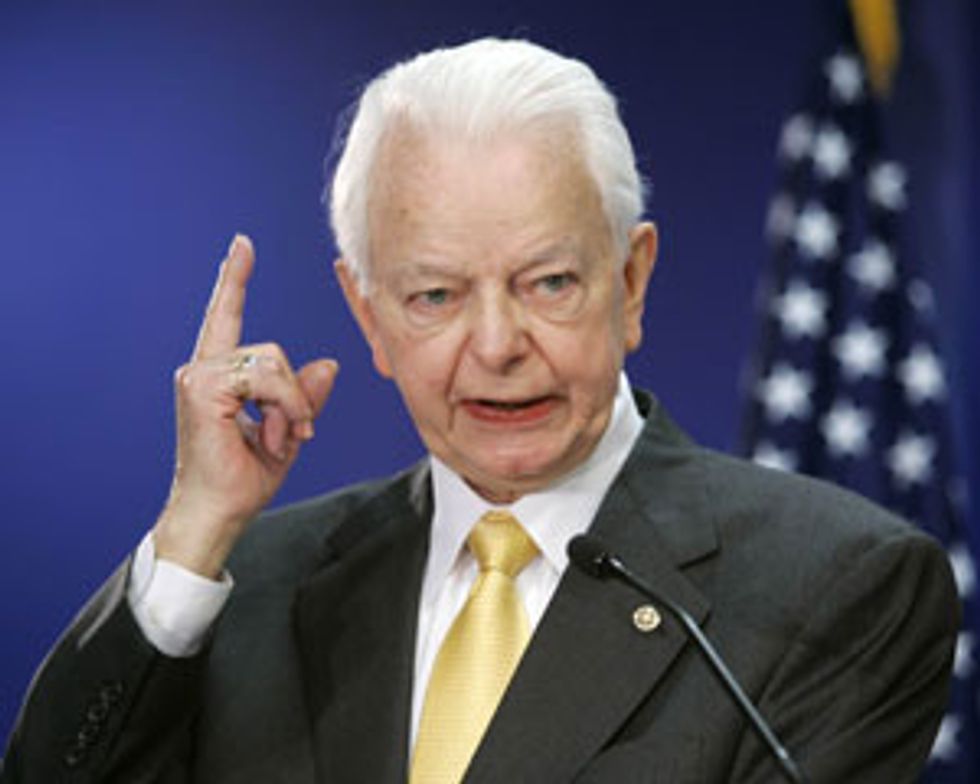 The caller who asked GOP Sen. John Barrasso on CSPAN Tuesday if Republicans' prayers for Sen. Robert Byrd to die may have misfired and hit Sen. Jim Inhofe instead may have been a prankster.

Eric Kleefeld at TalkingPointsMemo reports that "back in April, a man with a very similar voice, and also from Georgia, called in and asked David Brooks if he, as a sophisticated New Yorker, would help to bring down the black man in the White House."

Both calls had a certain prankish, over-the-top quality to them. The caller to Brooks said he was at the Jekyll Island Club -- a very high-class location in Georgia -- but sounded more like a caricature of an unsophisticated, racist Southerner. The caller to Barrasso referred to his fellow conservative activists as a "tea bag group," a term that many genuine Tea Partiers regard as an offensive epithet. Both callers got worked up emotionally -- energy and ambition in the Brooks caller's case, and urgency and panic from the Barrasso caller.

Kleefeld admits the evidence that this was a prank is circumstantial at best. "Are they the same man? Were they serious calls or pranks -- and with the current state of right-wing activism, how can you tell the difference?"

Listen to the audio clips of the two call-ins here.

"We got our vigil together and took Sen. Coburn's instructions and prayed real hard that Sen. Byrd would either die or couldn't show up at the vote the other night," the called, dubbed "Abraham" from Georgia remarked. "How hard did you pray, because I see one of our members is missing this morning. Did it backfire on us? Did one of our members die?"

"How hard did you pray?" he adds. "Did you pray hard enough?" He appears to break into tears at the end.

The caller appeared to be referring to Sen. James Inhofe (R-OK), who missed one of the Senate's healthcare votes.

Senator Tom Coburn (R-OK) announced Sunday he was hoping -- even praying -- that one of his Democratic colleagues somehow could not manage to cast a vote on health care in the wee hours of Monday morning. Liberal critics saw the remarks as a thinly veiled aside against 92-year-old Sen. Robert Byrd (D-WV), who had to be wheeled in in a wheelchair to vote. (He did.)

As the chamber neared the first of several procedural ballots to end debate on the bill ahead of final passage, Coburn said, "What the American people ought to pray is that somebody can't make the vote tonight. That's what they ought to pray."

His suggestion struck a raw nerve with Senator Dick Durbin (D-IL). "I don't think it's appropriate to be invoking prayer to wish misfortune on a colleague and I want him to clarify that," he said. "I've invited him, I wanted to reach out to him. He is my friend and I've worked with him, but, uh, this statement goes too far."