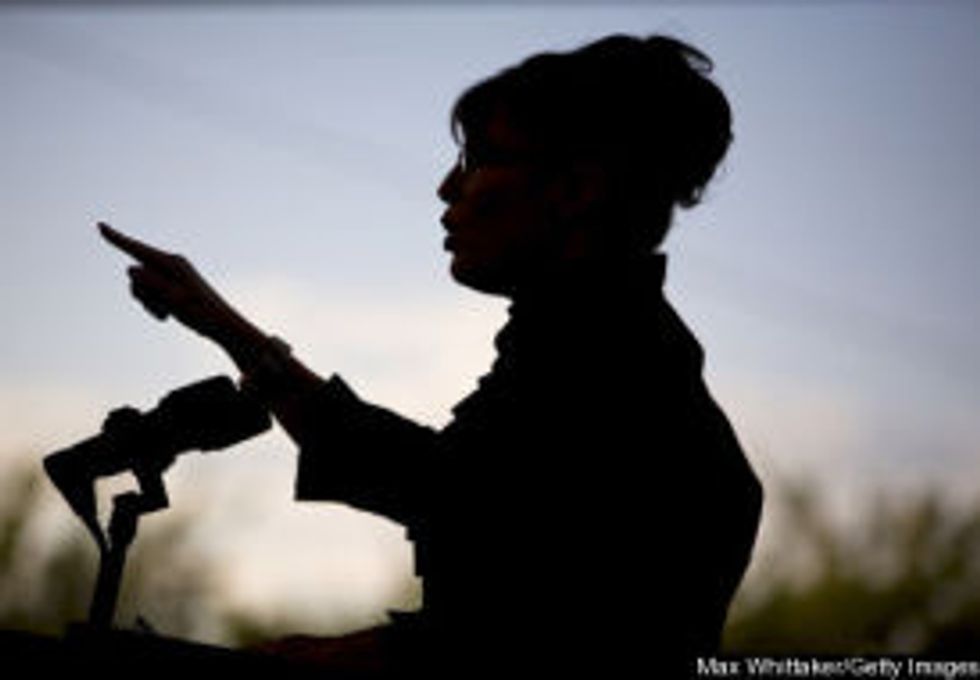 You might be able to see Russia from Sarah Palin's home state, but that isn't an excuse to speak Russian.

Authorities turned away reporters who didn't speak English from a Palin event in Minnesota this week, demanding that reporters address the former Alaska governor only in English and refer to her only as "governor."

Event planners at the Mall of Americas now say it was only a "misunderstanding." Palin was scheduled to appear as part of her book-signing tour.

"Officials at the Minnesota mega-mall this week told reporters planning to cover the Minneapolis-area stop on Palin's Going Rogue book tour they must address the 2008 GOP vice presidential candidate who resigned as governor last summer by her old title - a common honor, actually, which normally is accorded to former governors," the Chicago Tribune's Mark Silva wrote Wednesday night.

"But the mall also was banning foreign reporters," he added, "permitting 'only English speaking press.' That's not a common requirement."

Mall officials apologized have since apologized for distributing the guidelines, calling the move "an internal communication."

But they went a step further, perhaps showing a few too many of their cards -- instead of just leaving at an apology, they added that the problem was that the guidelines were "inadvertently distributed."

A spokesman for HarperCollins, Palin's publisher, was quoted as saying, "That should never have been in any kind of press release. That's not the message the governor wants to send out.''

"The guidelines were likely to be mostly irrelevant either way," AP noted. "Palin hasn't been speaking to most reporters – either local or from abroad – during her tightly controlled, stay-on-message book tour. A speech scheduled for Wednesday night at the private College of the Ozarks in southwest Missouri was expected to draw a crowd of 5,000, and the school said it agreed to keep out reporters to secure Palin's appearance.

"I can't take their tickets and ask them to leave, but we have asked them (local reporters) not to (attend)," College of the Ozarks spokeswoman Elizabeth Andrews told AP.

Palin has gotten in hot water with non-English audiences before.

In November, a McCain adviser asserted that Palin had canceled an interview with the Spanish-language TV station Univision, positing that the former governor felt she wasn't prepared.

"She did not feel comfortable speaking about issues regarding Hispanics and Latin America," GOP consultant Ana Navarro said. "Those are not topics that come up frequently in Alaska. So she asked to cancel the interview and, unfortunately, you were already there."

A Palin spokesman said the claim was hogwash.