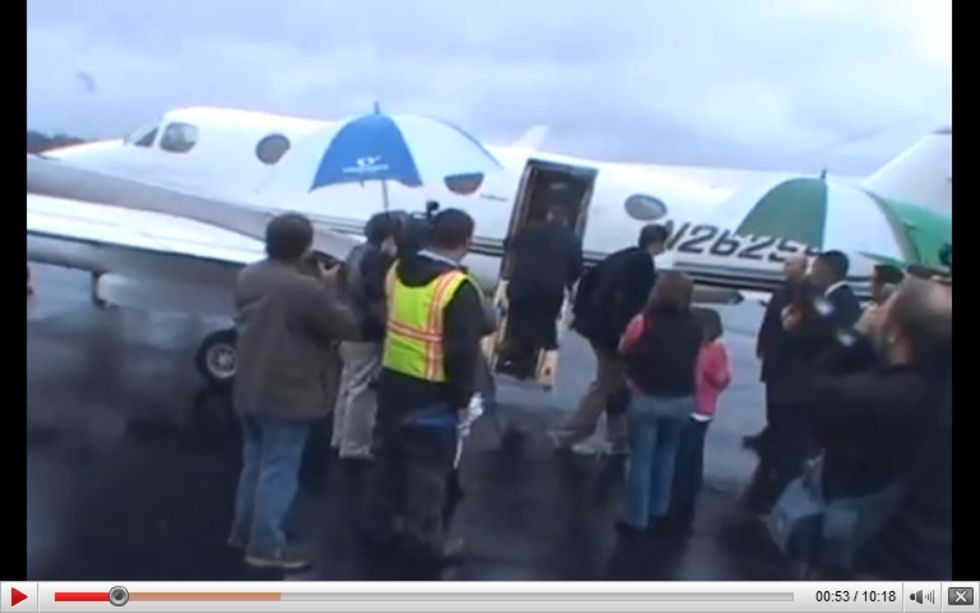 Former Alaska Gov. Sarah Palin is crisscrossing the country in a private $4,000 an hour Gulfstream jet as she promotes her new memoir, while her staff have been riding the bus.

A blogger discovered that Palin had arrived for a Thanksgiving event in Tri-Cities, Washington after a stopover in Atlanta by private jet, which was confirmed by a local newspaper.

Soon thereafter, a reader identified the markings on the plane, a Gulfstream II. Details of the plane's flight paths can be found here, while an extended flight log is available here.

The plane made at least five stops in the last week, according to the logs.

A Daily Beast blogger reported on Palin's purported "bus tour" over the Thanksgiving weekend, calling the former governor's attempts to portray the book tour as homely as a "hoax."

As much of her entourage, including HarperCollins publicist Tina Andreadis, risked a collective case of White Line Fever, covering more than 3,000 road miles during the book tour’s first week, Sarah Palin herself seems to have remained above it all, apparently cosseted in the luxury of a Gulfstream II 12-passenger jet rented from Universal Jet Aviation of Boca Raton, Florida, at a cost of more than $4,000 per hour...

Last week I was in The Villages, the fantastical Back to the Future-style retirement enclave north of Orlando, when Palin popped out the front door of the bus to greet the thousand or so worshipers gathered outside Barnes & Noble. I thought she sure looked good for someone who had been riding a bus for a week, changing diapers--as she said--all the way. Publicist Andreadis, by contrast, had the worn and harried look of someone who had been earning an honest living by riding a bus for a week. [...]

What's wrong in this instance is the apparent fakery created and sustained for the sake of building pseudo-populist appeal--and selling books. Sarah Palin and HarperCollins have consciously tried to give the impression that she is doing her book tour by bus when the evidence suggests she is not. At every stop, she's been filmed getting off Big Blue looking rested and radiant. She dazzles onlookers and interviewers with her seemingly bottomless reserves of energy. And no one suspects she may secretly be hopping on and off her main means of transport, UJT750, and resting up in hotels.

The blogger, Joe McGinniss, noted that Palin's publicist told USA Today that Palin would be “making two and sometimes three stops a day, traveling in a bus painted with the cover of her book.”

The plane, however, is white -- Palin's book cover is not. 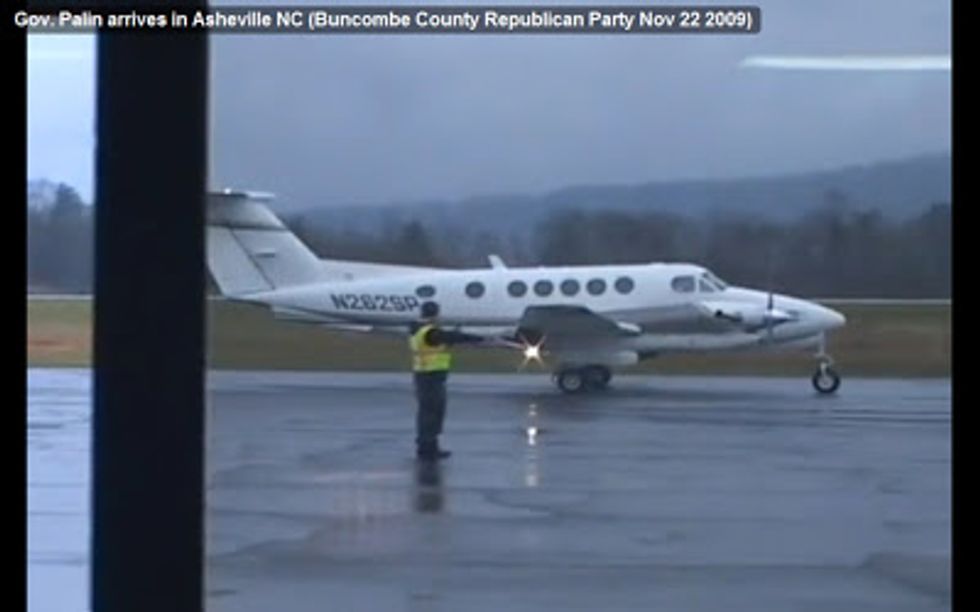