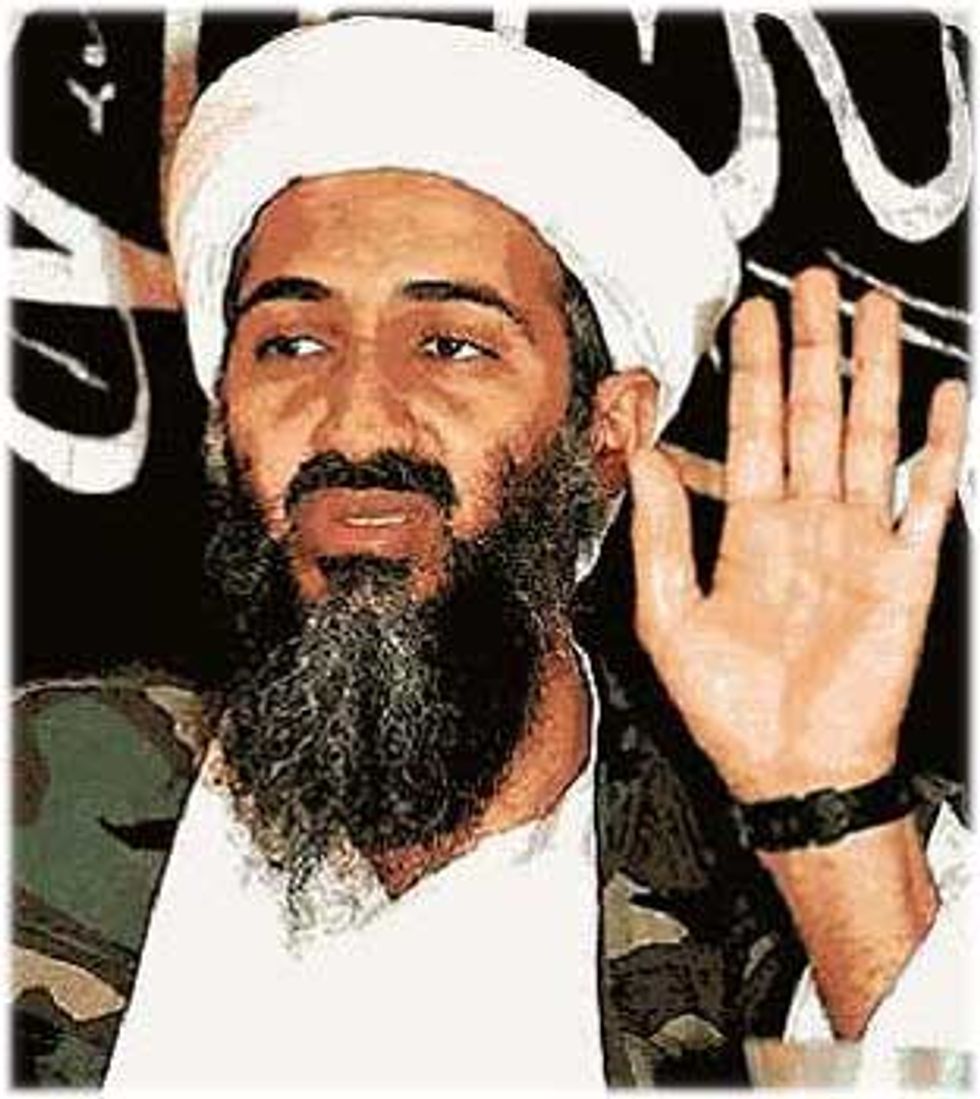 The terror mastermind purportedly behind the Sept. 11, 2001 attacks has a new message for America: it's your fault the world is getting hotter.

"This is a message to the whole world about those responsible for climate change and its repercussions - whether intentionally or unintentionally - and about the action we must take," bin Laden is quoted as saying. "Speaking about climate change is not a matter of intellectual luxury - the phenomenon is an actual fact."

It's unclear what bin Laden's purpose is: the al Qaeda leaders remarks may have the opposite effect of their seeming intention, giving fuel to global warming critics who see bin Laden as a provocateur. The authenticity of the statement is also yet to be verified, but IntelCenter, a US group that monitors Islamist websites, said it appeared to be the voice of bin Laden.

"All the industrial states" are to blame for global warming, he says on the tape, "yet the majority of those states have signed the Kyoto Protocol and agreed to curb the emission of harmful gases."

The treaty, which aimed to reduce carbon emissions, was ratified by 187 countries.

"George Bush junior, preceded by [the US] congress, dismissed the agreement to placate giant corporations. And they are themselves standing behind speculation, monopoly and soaring living costs," bin Laden reportedly said. "They are also behind 'globalisation and its tragic implications'. And whenever the perpetrators are found guilty, the heads of state rush to rescue them using public money."

"Noam Chomsky [the US academic and political commentator] was correct when he compared the US policies to those of the Mafia," the al Qaeda chief remarked. "They are the true terrorists and therefore we should refrain from dealing in the US dollar and should try to get rid of this currency as early as possible.

He added, "I am certain that such actions will have grave repercussions and huge impact."

Major industrial countries that own US treasuries have signaled that they are considering moving their foreign currency reserves into other currencies than the dollar.

The broadcast came less than a week after bin Laden praised as a "hero" Nigerian national Umar Farouk Abdulmutallab who allegedly tried to detonate explosives on a US plane approaching Detroit on Christmas Day, in another audio message.

"The message that was conveyed through the (attack on the) plane... is that America should not dream of security until we enjoy it as a reality in Palestine," he said in the message aired on Sunday by Al-Jazeera.

US President Barack Obama said bin Laden's decision to claim the attempted plane attack on December 25 showed the Al-Qaeda leader had been "weakened."