In 2004, the CIA sent a team from the private security firm Blackwater, now Xe, to Hamburg to kill an alleged al Qaeda financier who was investigated for years by German authorities on suspicion of links to al Qaeda, according to a little-highlighted element in a Vanity Fair article to be published this month.

The report cited a source familiar with the program as saying the mission had been kept secret from the German government.

"Among the team's targets, according to a source familiar with the program, was Mamoun Darkazanli, an al Qaeda financier living in Hamburg who had been on the agency's radar for years because of his ties to three of the 9/11 hijackers and to operatives convicted of the 1998 bombings of U.S. embassies in East Africa," writes Vanity Fair's Adam Ciralsky.

"The CIA team supposedly went in 'dark,'' meaning they did not notify their own station -- much less the German government -- of their presence; they then followed Darkazanli for weeks and worked through the logistics of how and where they would take him down," reports the magazine.

Washington authorities, however, "chose not to pull the trigger," it said. 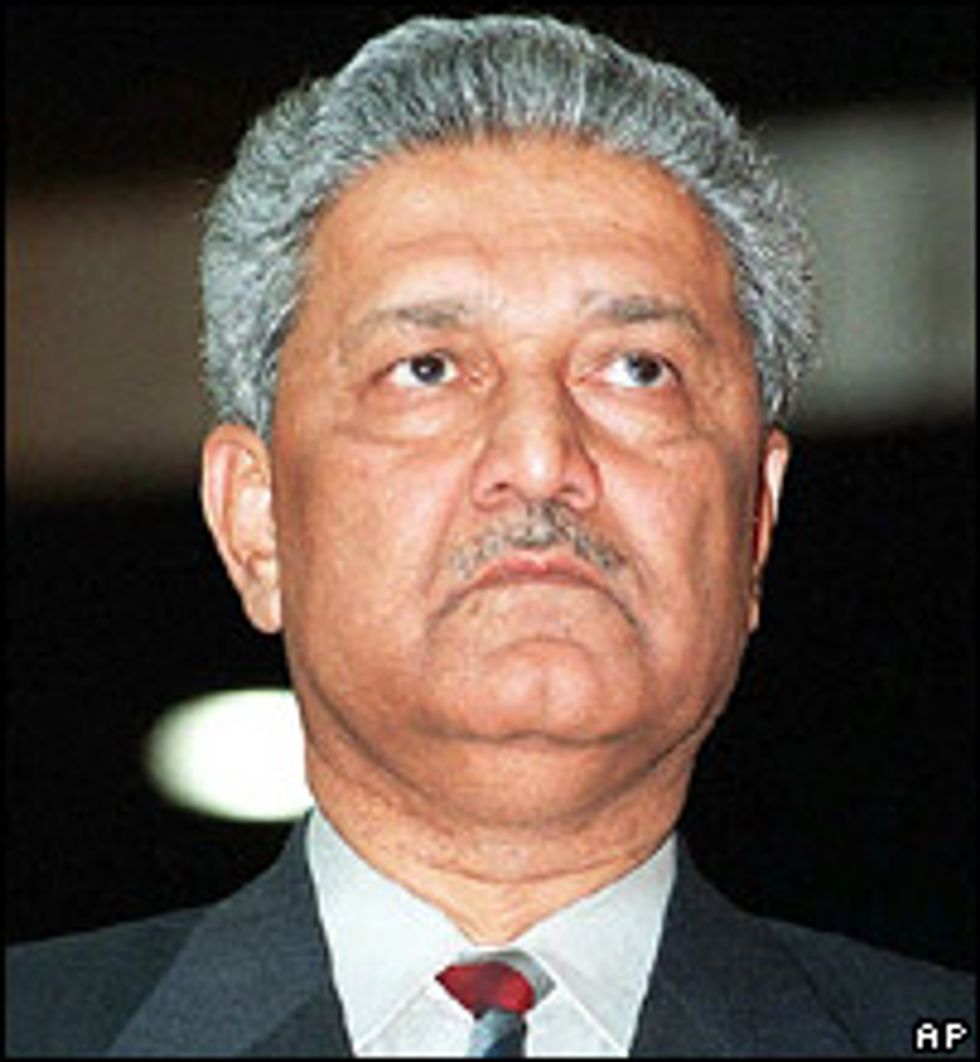 Earlier reports revealed that the Bush Administration was considering a "targeted assassination" program -- in apparent breach of international treaties -- which would have put lethal targets on the backs of terror suspects beyond the reach of US law. The article adds that the CIA also considering taking out Pakistani nuclear scientist A.Q. Khan (at left), believed to be the mastermind behind Pakistan's development of a nuclear bomb.

"Khan’s inclusion on the target list, however, would suggest that the assassination effort was broader than has previously been acknowledged," Ciralsky writes.

A source purportedly said: “They say the program didn’t move forward because [they] didn’t have the right skill set or because of inadequate cover. That’s untrue. [The operation continued] for a very long time in some places without ever being discovered. This program died because of a lack of political will.”

Berlin today denies any knowledge of the CIA operation, according to a German media outlet.

Green party parliamentarian Hans-Christian Stroebele told a local paper that it was the government's job to monitor foreign intelligence agencies operating in Germany.

"It can't be true that they knew nothing," Stroebele told the daily Hamburger Abendblatt.

German authorities have previously investigated Darkazanli but never charged him; he was arrested in 2004 on a Spanish extradition request but released nine months later.