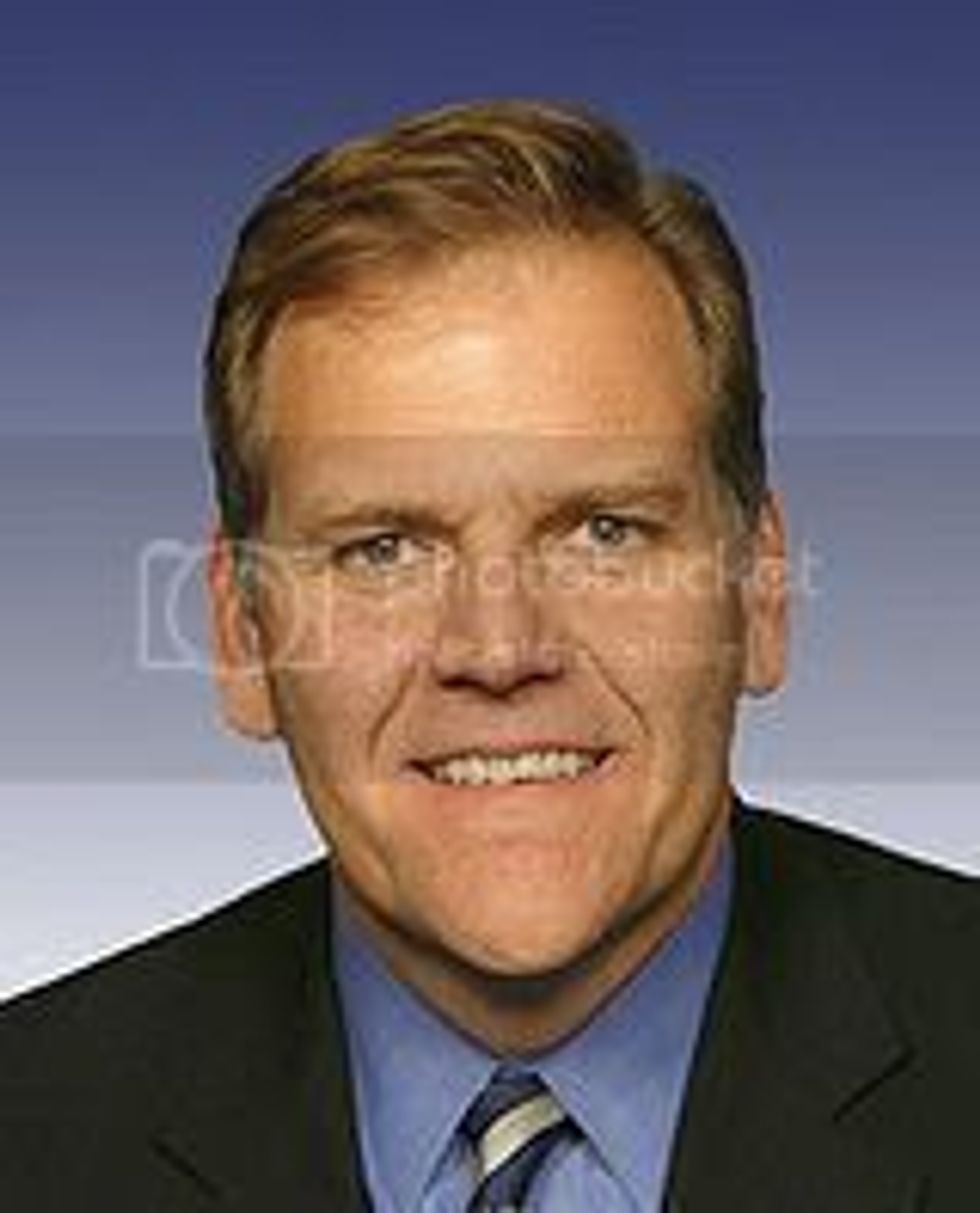 That's the new rhetoric from a Michigan Republican congressman, who sought to rebuke the Democratic-written healthcare overhaul in comments published Tuesday in a local newspaper.

Rep. Mike Rogers, visiting the Michigan newspaper The Daily Press & Argus, said that the Democrats' bill would effectively condemn tens of thousands of women to death because they'd ultimately fail to receive mammograms. Some Republican critics have sought to conflate a recent American College of Radiology study with the Democratic bill; the study recommends that breast cancer screenings start at 40.

The paper notes that Rogers is himself a cancer survivor.

Rogers also made a spurious claim that a proposed health insurance exchange -- which would allow many consumers to compare health care plans side by side in a comparative fashion for the first time -- would eventually outlaw private insurance.

It will result in making private insurance "illegal," the Republican apparently said.

Ironically, Democrats took the opposite direction from hurting the private healthcare industry by killing a provision that would have created a government-run competitor to private insurance plans.

A diarist at the liberal blog Daily Kos noted that Livingston County, Michigan is a heavily conservative district and lambasted the congressman for spreading inaccuracies about the bill.

"Let's not let facts stand in the way of a good sound bite in a conservative newspaper, eh, Representative?" the diarist said.

Rogers also claimed that the healthcare overhaul was "a financial train wreck," despite the fact that the Congressional Budget Office has said that the Senate's $900 billion bill would actually reduce the US federal deficit.

"The math of this thing is awful," Rogers said.

Responded the Kos diarist: "The amazing thing is that Mike Rogers is often seen as a somewhat moderate Republican by many in Michigan."