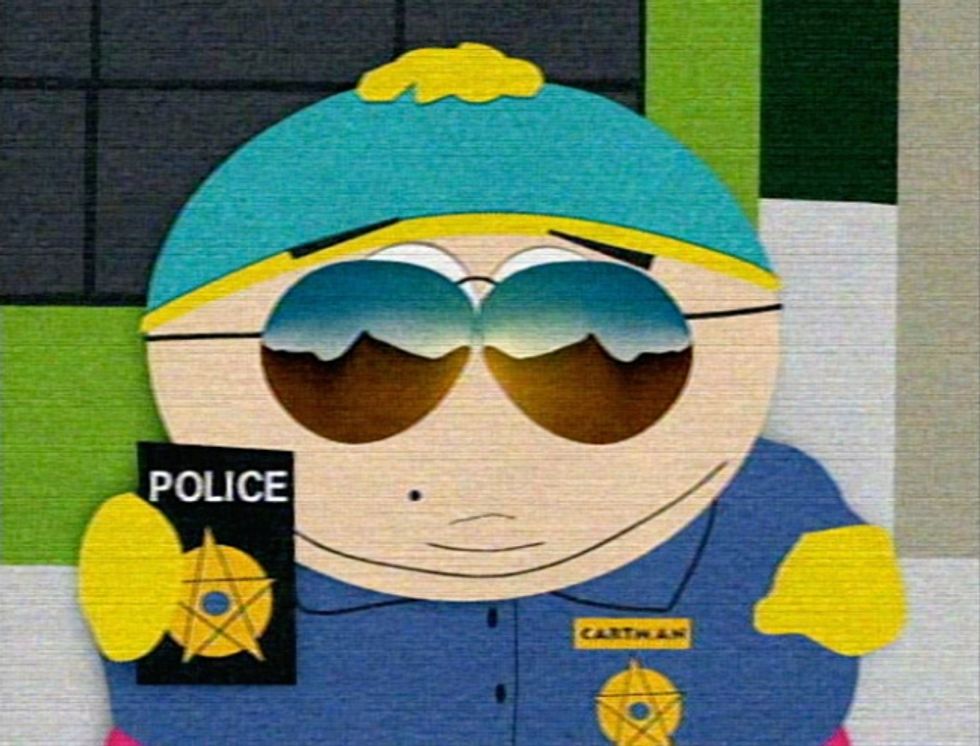 The US Army's lax supervision was cited in a Senate investigation of controversial private security firm Blackwater, which allowed employees to use weapons without authorization in Afghanistan.

At the outset of a months-long probe, the Senate Armed Service Committee found several cases of "reckless" use of weapons by personnel from Paravant, a subsidiary of Blackwater, itself now renamed Xe Services. What's more, it documents that the firm was so desperate to procure weapons that it even used a South Park character as an alias. Notes the Washington Independent's Spencer Ackerman:

Blackwater personnel appear to have gone to exceptional lengths to obtain weapons from U.S. military weapons storehouses intended for use by the Afghan police. According to the committee, at the behest of the company's Afghanistan country manager, Ricky Chambers, Blackwater on at least two occasions acquired hundreds of rifles and pistols from a U.S. military facility near Kabul called 22 Bunkers by the military and Pol-e Charki by the Afghans. Gen. David Petraeus, the commander of all U.S. military forces in the Middle East and South Asia, wrote to the committee to explain that "there is no current or past written policy, order, directive, or instruction that allows U.S. Military contractors or subcontractors in Afghanistan to use weapons stored at 22 Bunkers."

On one of those occasions, in September 2008, Chief Warrant Officer Greg Sailer, who worked at 22 Bunkers and is a friend of a Blackwater officer working in Afghanistan, signed over more than 200 AK-47s to an individual identified as "Eric Cartman" or possibly "Carjman" from Blackwater's Counter Narcotics Training Unit. A Blackwater lawyer told committee staff that no one by those names has ever been employed by the company. Eric Cartman is the name of a character from Comedy Central's popular "South Park" cartoon.

The panel pointed to a hiring process lacking rigor, with some employees having criminal records.

It also found that several rules on the acquisition and use of arms in Afghanistan were violated, while US military officials turned a blind eye.

"Why is the issue of armed contractors in Afghanistan so important?" asked Democratic Senator Carl Levin, who chairs the committee.

"I guess the bottom line is that in the fight against the Taliban, the perception that the Afghans have of us is critical."

He was speaking on the eve of a hearing before the panel on the case about the military contractor. US Army contracting officials and representatives of the company are expected to testify.

In fall 2008, Paravant became a subcontractor of defense contractor Raytheon to fulfill a mission to train Afghan security forces.

On May 5, 2009, two Paravant employees in Afghanistan -- Justin Cannon and Christopher Drotleff -- opened fire during a traffic incident in Kabul, killing two unarmed Afghan civilians and wounding three others. The pair have since been arraigned on murder and weapons violations charges.

The Justice Department said the incident created diplomatic problems for the United States in Afghanistan, with consequences for US security interests, according to the panel.

In December 2008, Paravant employees were seen perusing a street sitting atop a rolling vehicle, with AK-47 assault rifles in hand. A bump in the road made one of the arms unload a volley of bullets, seriously wounding one employee in the head.

According to the committee, it was not until the May 2009 incident that military officials began looking into Paravant.

"Hopefully, the army is going to be much more... careful (about) who we contract with," Levin told reporters.

The panel noted that Paravant instructors were not authorized to bear arms. Investigators found that Blackwater-Paravant obtained weapons from a warehouse reserved for Afghan security forces.

The facility, known as Bunker 22, was under US military control.

According to Levin, only several of the "hundreds" of weapons unlawfully held by the subsidiary have been returned so far.

Meanwhile, two Democratic lawmakers proposed a bill to ban the federal government and the US military from using subcontractors in combat zones, namely in Iraq and Afghanistan, where tens of thousands of troops are deployed.

The secretive Blackwater was thrown into the spotlight after five of its guards were accused of killing 14 unarmed Iraqis in a gun and grenade attack, and wounding 18 others during a September 2007 incident at the busy Nisur Square in Baghdad.

Earlier this month, Iraq expelled 250 former employees of the security firm. The North Carolina-based firm lost its contract to provide security for US embassy diplomats in Baghdad in May 2009 after Iraqis and critics repeatedly accused it of adopting a cowboy mentality to duties in the country.