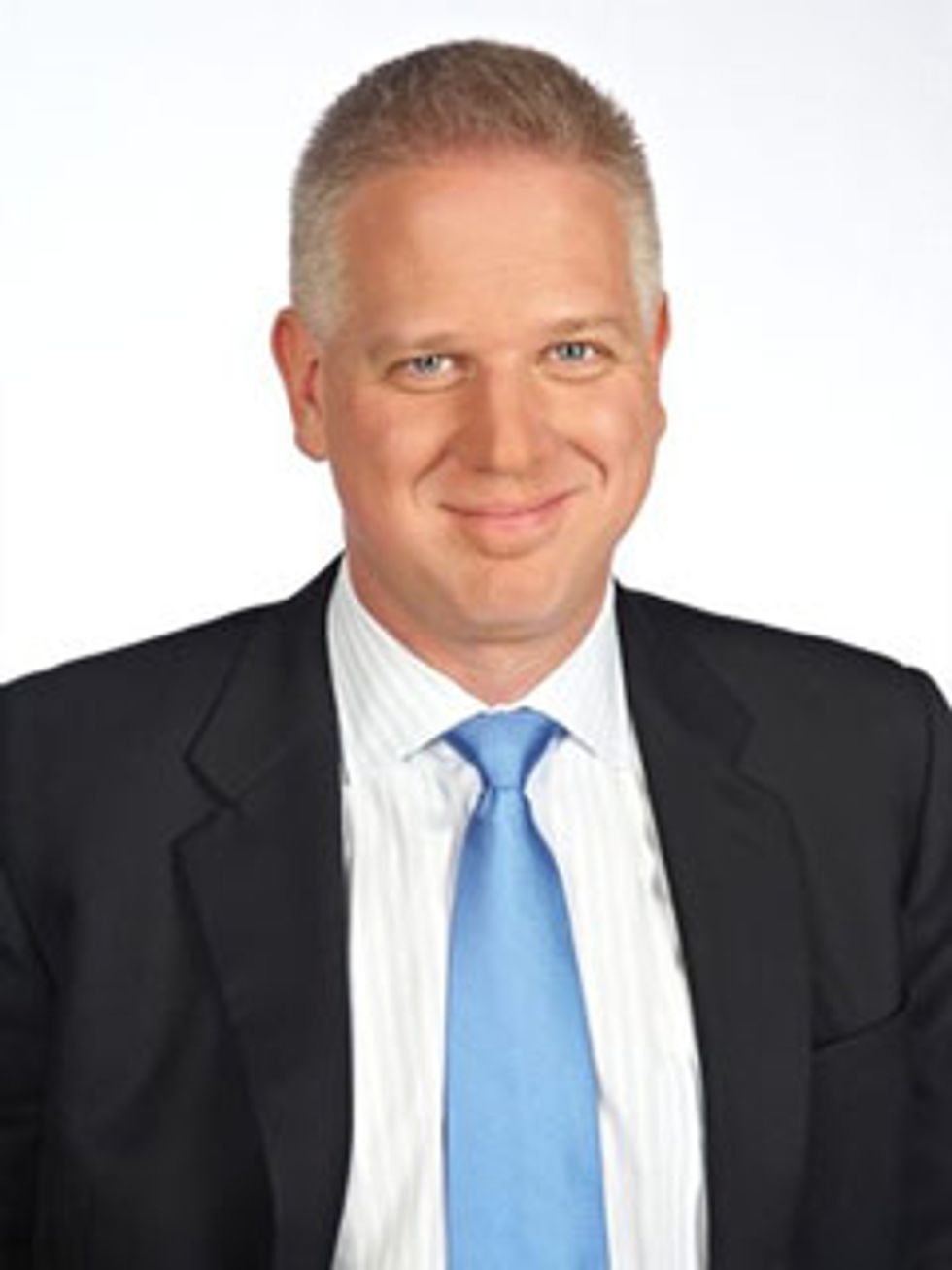 An American political advocacy group aimed at empowering black voices in politics announced Tuesday that the British broadcast of Fox News' Glenn Beck show was forced to run without any paid advertisers last week after the last of the program's corporate sponsors bailed.

"With the latest group of defections from Beck's overseas broadcast, Fox News Channel was forced to fill commercial breaks with news headlines and local weather updates from its U.K.-based sister network, Sky News, instead of paid advertisements," the website StopBeck.com announced. The site is a project of ColorOfChange.org.

Beck's broadcast has been beset by advertising woes since the controversial Fox host declared that President Barack Obama was a "racist," a remark that set off a flurry of protests. Critics said that Beck's comment was itself racist.

Beck's 2009 comment included the remark that he believed Obama had "a deep-seated hatred for white people or the white culture," and "I'm not saying that he doesn't like white people. I'm saying he has a problem,"

In response, advocacy groups have encouraged advertisers to pull their support for Beck's program. Numerous corporate sponsors have issued statements disassociating themselves from the Fox News host.

Among them are Nestle, Allstate and Anheuser-Busch.

"We do not advertise on the Glenn Beck radio or television show," said Cathy Johnson, consumer services manager for Nestle USA, in an email to ColorOfChange.org. "Nestlé USA has family friendly programming guidelines in place that are routinely monitored and enforced. However, we are aware of a recent commercial that aired during the Glenn Beck show. Airing the spot on FOX and this program was an error that has been corrected."

"While we do purchase advertising on Fox News Channel, we did not intentionally purchase commercials in or around the show, 'The Glen [sic] Beck Program,' nor do we sponsor the program," said Jennifer L. Egeland, director of integrated marketing communications for Allstate Insurance Company, in an email to ColorOfChange.org. "You should not expect to see Allstate advertising during this program in the future."

"Our company has not agreed to advertise during the Glenn Beck show," said Johnny Furr, vice president of community affairs for Anheuser-Busch, in an email to ColorOfChange.org. "We purchase advertising on the Fox News Channel for time slots other than this show, and the ad you saw inadvertently ran during that program."

In a release posted at the liberal blog Daily Kos, ColorOfChange.org announced a slew of new companies that had promised not to advertise on the Glenn Beck show.

"We're incredibly thrilled that StopBeck.com has taken our campaign and successfully executed it internationally," said James Rucker, Executive Director of ColorOfChange.org in a statement. "This is a huge blow against Glenn Beck. As we continue our fight against those that support Beck domestically, we will use this victory as further proof that more and more companies are taking a stand against his racial demagoguery."

"People now on both sides of the Atlantic are using Twitter and other social media to let companies know that by advertising on Beck's program, they are subsidizing hate," Angelo S. Carusone, lead organizer of StopBeck.com, is quoted as saying. "Fox News' willingness to use filler from Sky News, rather than address Beck's fear mongering, raises real questions about the network's priorities."