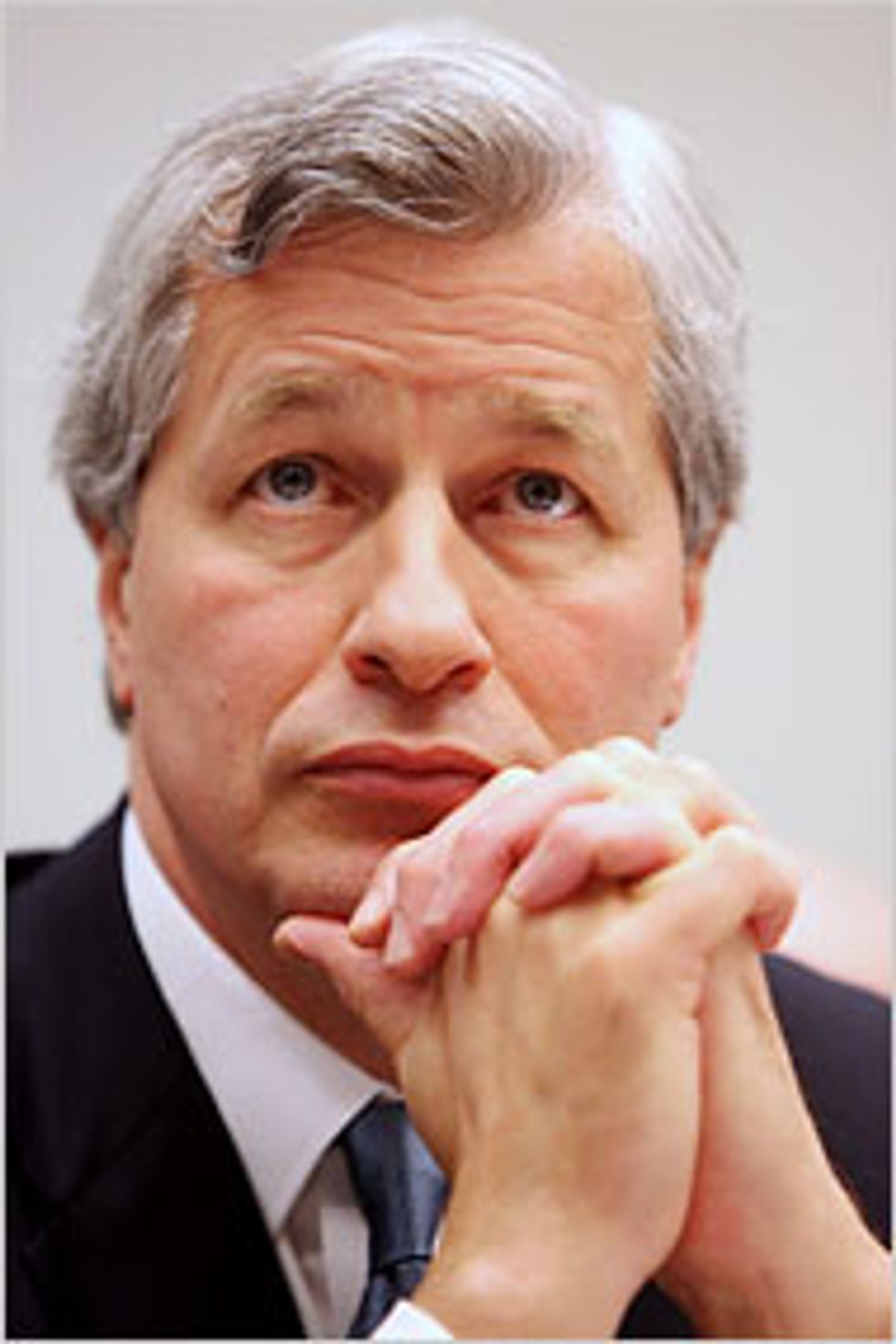 When it comes to financial matters, it's just good business to consider the enemy of your friend a potential ally in the future.

The wealthy securities and investment industry, for example, went from giving 2 to 1 to Democrats at the start of 2009 to providing almost half of its donations to Republicans by the end of the year, according to new data compiled for The Washington Post by the Center for Responsive Politics.

Commercial banks and their employees also returned to their traditional tilt in favor of the GOP after a brief dalliance with Democrats, giving nearly twice as much to Republicans during the last three months of 2009, the data show. At the same time, total political donations by the major banks and investment houses alike dropped in the waning months of that year.

The paper notes that this "nascent shift came even before the White House announced proposals for a new tax on banks and a curb on some of their riskiest trading activities."

"One Democratic-leaning firm that has signaled particular displeasure with the administration's direction is J.P. Morgan Chase, which is headed by Obama supporter James Dimon and features several other prominent Democrats in its upper ranks," the Post article adds. "The bank and its employees, who doled out nearly $500,000 in federal contributions last year, went from giving 76 percent of the money to Democrats in the first quarter to giving 73 percent to Republicans in the fourth."

Last July, The New York Times reported about the bonds between the White House and Dimon.

Jamie Dimon, the head of JPMorgan Chase, will hold a meeting of his board here in the nation’s capital for the first time on Monday, with a special guest expected: the White House chief of staff, Rahm Emanuel.

Mr. Emanuel’s appearance would underscore the pull of Mr. Dimon, who amid the disgrace of his industry has emerged as President Obama’s favorite banker, and in turn, the envy of his Wall Street rivals. It also reflects a good return on what Mr. Dimon has labeled his company’s “seventh line of business” — government relations.

The paper also noted that Dimon had close ties to Obama's Treasury Secretary, Timothy F. Geithner: "Mr. Dimon and Mr. Geithner know each other well from the Federal Reserve Bank of New York, where Mr. Geithner was president and, as such, a JPMorgan regulator. Mr. Dimon sits on the New York Fed’s board. The two men spent untold hours negotiating in 2008 when the government enlisted JPMorgan to buy some of Bear Stearns’s assets and Washington Mutual to prevent their collapse. Mr. Dimon said the two had spoken by phone perhaps 10 times this year."

The Times noted last summer that "JPMorgan gave back its bailout money quickly, though like all the country’s big banks it still benefits from government loan guarantees and lending facilities."

Wednesday's Post article adds, "In a pointed break with recent practice, the company's political action committee also contributed $30,000 to GOP congressional campaign committees in 2009 while giving nothing to their Democratic equivalents. According to one source familiar with its donation strategy, the bank did not want to offer blanket support for the Democratic committees, which could then use the money to support anti-Wall Street hopefuls."

But it's not all bad news for Democrats, as the Post reportst that "the bank and its executives are still ready to support specific Democratic candidates considered friendly to the financial sector."

Bloomberg News noted, "The president has said his administration is 'fundamentally business-friendly,' and that the policies he’s pursued, including some opposed by individual industries, are intended to pull the economy out of the worst recession since the Great Depression."

Earlier this month, as RAW STORY reported, Obama received criticism after many perceived that he defended Dimon's $17 million bonus from the bailed-out bank.

“I know both those guys; they are very savvy businessmen,” Obama told Bloomberg BusinessWeek. "I, like most of the American people, don’t begrudge people success or wealth. That is part of the free- market system."

At his New York Times blog, Paul Krugman, who won the Nobel prize for economics in 2008, blasted President Obama as "clueless."

After quoting from the Bloomberg interview, Krugman wrote, "Oh. My. God."

"The point is that these bank executives are not free agents who are earning big bucks in fair competition; they run companies that are essentially wards of the state," Krugman wrote. "There’s good reason to feel outraged at the growing appearance that we’re running a system of lemon socialism, in which losses are public but gains are private. And at the very least, you would think that Obama would understand the importance of acknowledging public anger over what’s happening."

If "Obama thinks his key to electoral success is to trumpet 'the influence corporate leaders have had on his economic policies,'" Krugman concluded: "We're doomed."