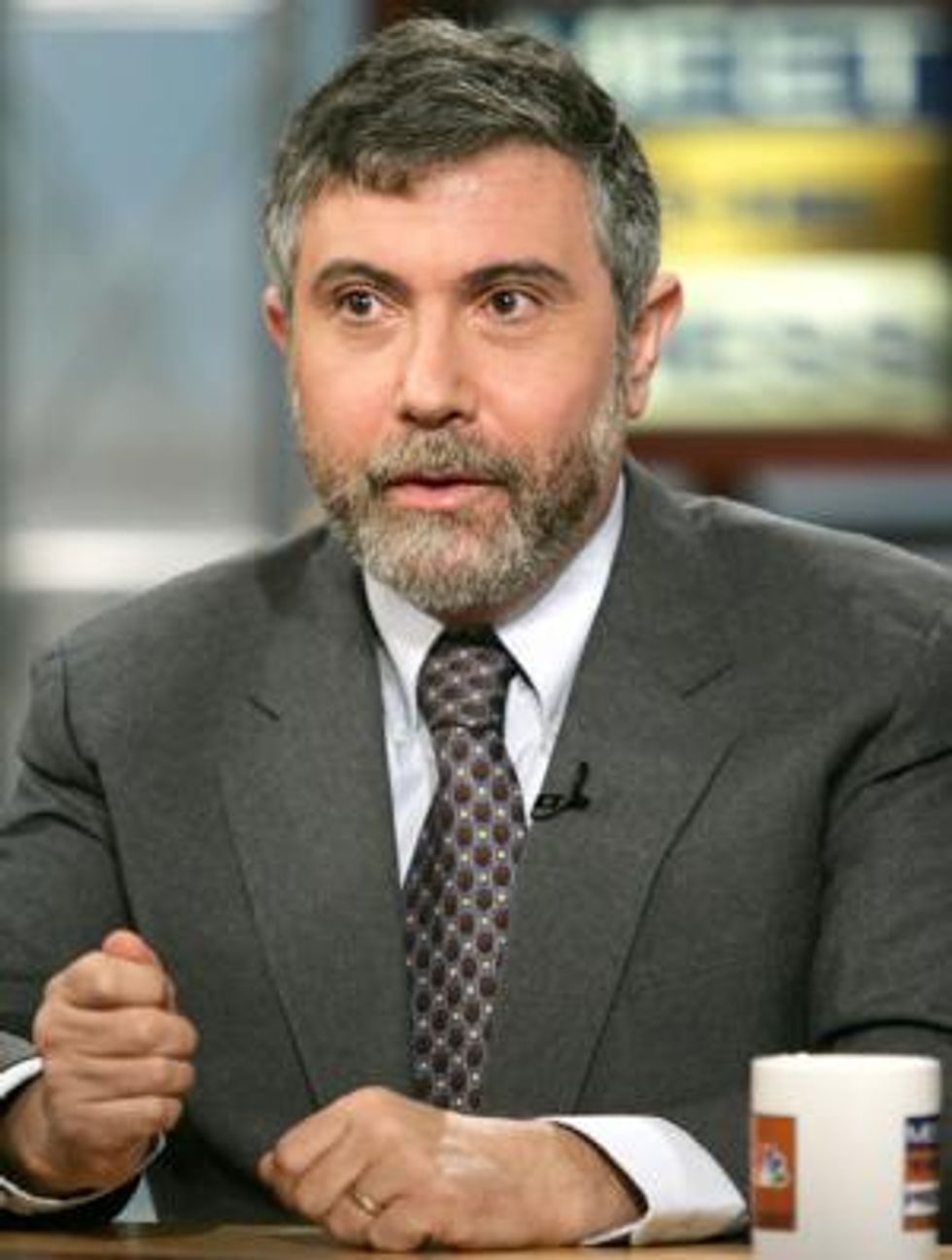 "Glenn Beck doesn't, you know," Krugman began, "what bothers me is the fact that people are not getting informed, that we are going through major debates on crucial policy issues; the public is not learning about them. And you know, you can say, well, they can read the New York Times, which will tell them what they need to know, but you know, most people don't. They don't read it thoroughly.... People did not know what was in the plan, and some of that was just poor reporting, some of it was deliberate misinformation. I have here in front of me when President Obama said, you know, why -- he said rhetorically, why aren't we going to do a health care plan like the Europeans have, with a government-run program, and then proceeds to explain why he's different. On Fox News, what appeared was a clipped quote, "why don't we have a European-style health care plan?" Right, deliberate misinformation."

And Krugman replies, "I can show you the clip, and you can..."

"The American people are not stupid," Ailes says.

"No, they're not stupid," he said, delivering a tacit blow to the Fox News chief. "They are uninformed.

Later, Krugman adds, "People, again, this was a plan that is -- it's actually a Republican plan. It's Mitt Romney's health care plan. People were led to believe that it was socialism. That's -- and that was deliberate. That wasn't just poor reporting."

The following video was captured and first reported by Crooks and Liars.