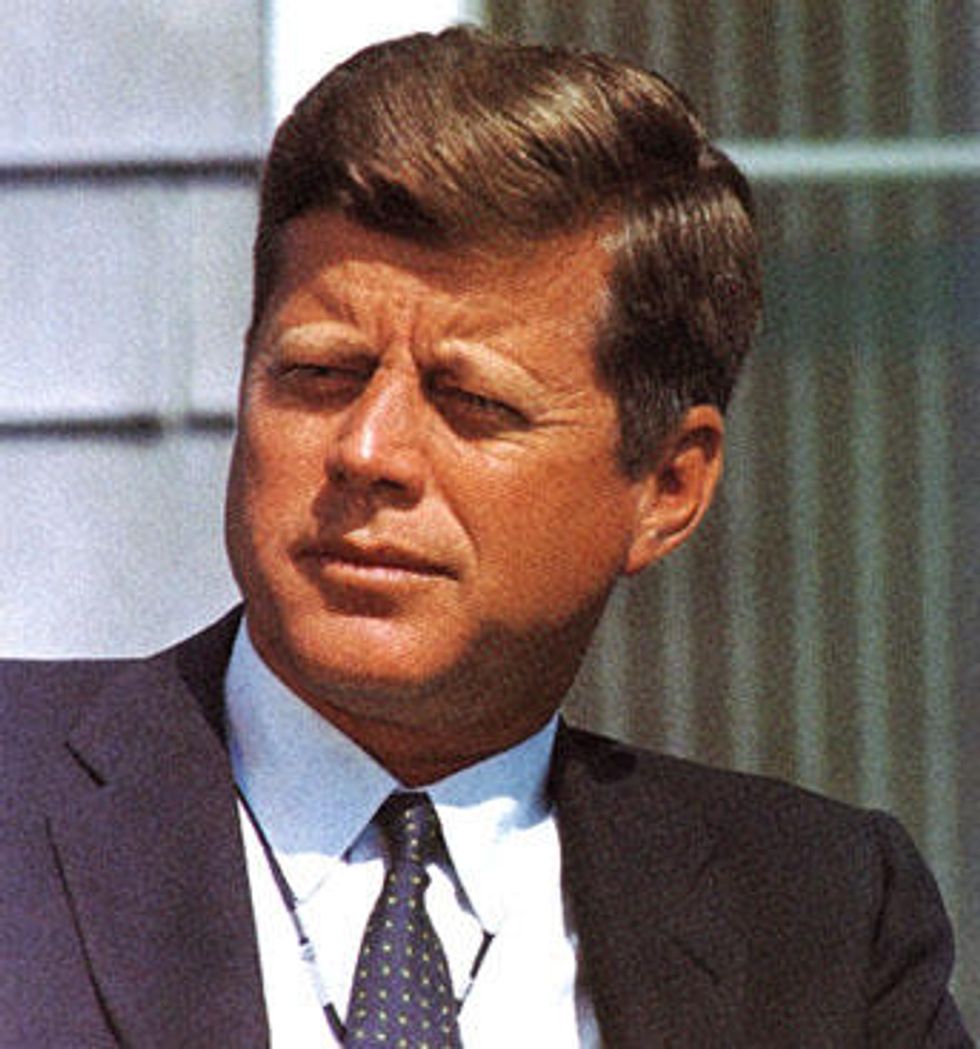 Like the 2003 biopic, The Reagans, most of the outrage comes from conservatives, but liberals fought their own battle over a controversial 9/11 miniseries which aired on ABC a few years ago. But the miniseries biography -- commissioned by The History Channel and produced by Joel Surnow, an outspoken conservative who created the hit Fox show "24" -- is more than a little loose with the facts.

Surnow's Kennedy bio appears to depict Kennedy as a sex-maniac, according to a liberal filmmaker who describes some of the scenes in an interview with The New York Times. Filmmaker Robert Greenwald called the scripts he'd seen a "hatchet job."

In one scene, the former president from Massachusetts is caught in a pool having sex with a young associate, who the Times gently describes as "a young woman who is not his wife."

According to the script, the president then informs him that if he doesn’t sleep with unfamiliar women “every couple of days I get migraines.”

There are other factual inaccuracies in the film under development.

"The scripts invent scenes that never occurred, like an exchange that suggests Kennedy came up with the idea for the Berlin Wall," the reporter notes.

Kennedy adviser Theodore Sorensen, who is quoted in a video attempting to kill the project, says, “Every single conversation with the president in the Oval Office or elsewhere in which I, according to the script, participated, never happened.”

Other boo-boos: "the scripts refer to exit polling for the 1960 presidential election when exit polling had not yet been invented; and that President Kennedy introduced the Peace Corps during the Bay of Pigs crisis in April 1961, when in fact he signed an executive order creating the corps one month earlier."

The Times, which broke the story, seemed to shrug off the depiction of Kennedy as a roving philanderer. A 1984 Kennedy bio which The New Yorker called "riveting and well-documented" detailed several of Kennedy's more randy sexual misadventures, including an alleged encounter with an underaged cheerleader on the 1960 campaign trail and instances of inviting prostitutes to White House pool parties while his wife was traveling.

"Like a similar controversy over a 2003 television film about Ronald Reagan, the dispute over the embryonic Kennedy series seems to say as much about the enduring place of the Kennedys as a battleground in the culture wars as it does about history itself," The Times' Dave Itzkoff writes.