White House press secretary Robert Gibbs, in a nod to former Alaska Gov. Sarah Palin, wrote a faux shopping list on his hand in dark pen Tuesday in response to reports over the weekend that Palin had written notes to herself during the Tea Party Convention this past weekend. 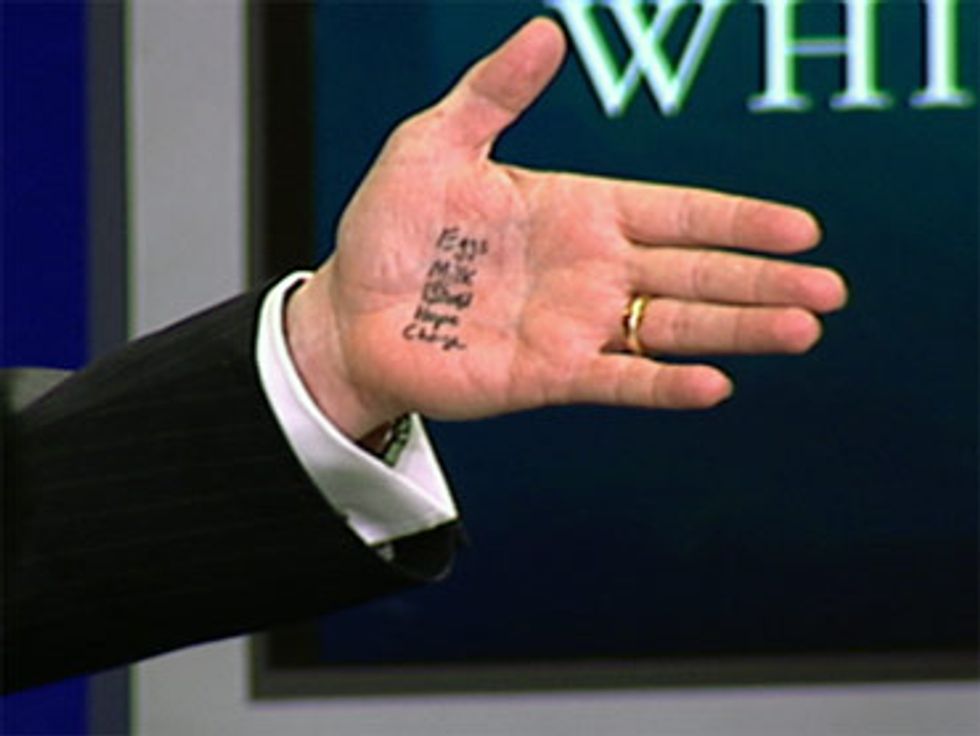 Among the items written on his hand, he said, were "eggs, milk" and "bread." He said he had crossed off "toast," and then added "hope" and "change."

He said he added "hope" and "change," "just in case I forgot that."

Palin had written "Energy," "Budget cuts" (crossed out), "Tax," and "Lift Americans Spirits" on the palm of her left hand, CBS notes. She later added "Hi, Mom!" in a bout of self-mockery.

Gibbs also poked fun at the Tea Party itself, saying it was a successful private enterprise and there seemed to be fewer unemployed speech makers due to it.

Gibbs isn't the first to mock Palin by writing on his hand.

On Monday, NBC correspondent Andrea Mitchell said she wrote on her hand in honor of Palin's "tele-palm."

"If Mitt Romney had notes on his hand, wouldn't we take it pretty seriously?" NBC's Andrea Mitchell asked Chuck Todd and his co-host.

"She does, sort of, get played," Todd retorted. "She has different rules."

Palin took flak for the notes on her hand because she had criticized Obama for relying on teleprompters at the same event.