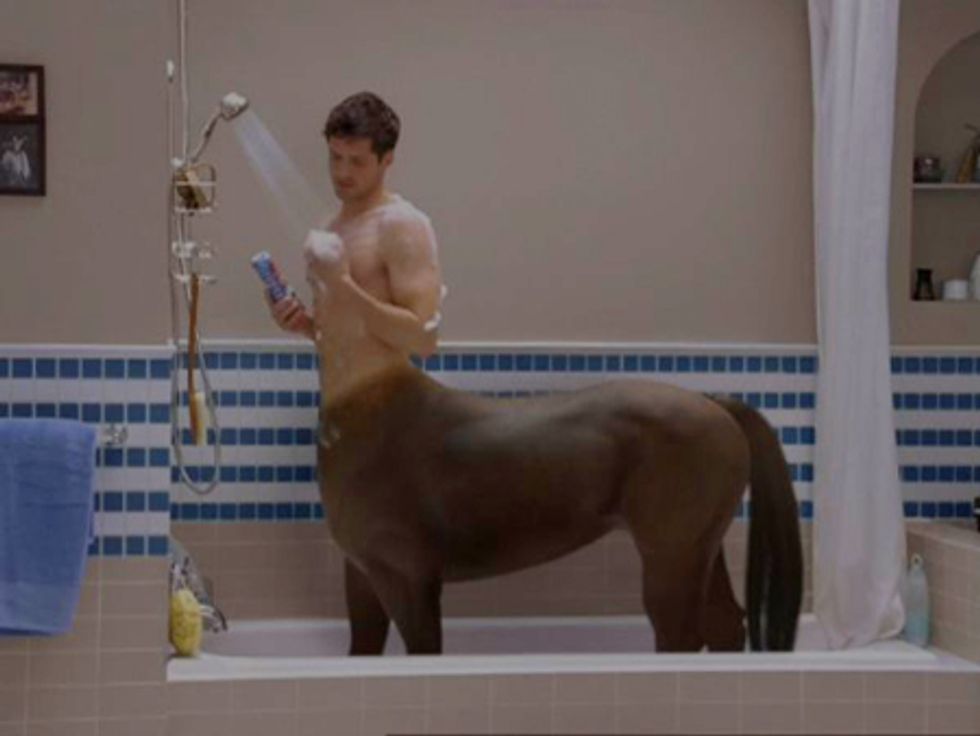 Sen. John McCain -- despite supporting the military's "don't ask, don't tell" prohibition on openly gay servicemembers -- has been a staunch critic of a national amendment to ban same-sex unions.

In fact, during debate on the federal marriage amendment in 1994, he called the push to ban same-sex marriage "un-Republican."

His Republican primary challenger, however, is singing a rather different tune. Humming, maybe -- or neighing.

"You see, the Massachusetts Supreme Court, when it started this move toward same-sex marriage, actually defined marriage -- now get this -- it defined marriage as simply, 'the establishment of intimacy,'" Hayworth remarked. "Now how dangerous is that? I mean, I don't mean to be absurd about it, but I guess I can make the point of absurdity with an absurd point -- I guess that would mean if you really had affection for your horse, I guess you could marry your horse. It's just the wrong way to go, and the only way to protect the institution of marriage is with that federal marriage amendment that I support."

The clip was allegedly forwarded to The Huffington Post from a "Republican source," raising questions of the motivation of its publication online.

The Post's Sam Stein notes that Hayworth's comment echoes one made by then-Sen. Rick Santorum (R-PA) almost a decade earlier.

"In every society, the definition of marriage has not ever to my knowledge included homosexuality," Santorum said. "That's not to pick on homosexuality. It's not, you know, man on child, man on dog, or whatever the case may be."

Wondering about the above photograph? It's a screen-cap from Old Spice's two-in-one campaign, in which a "half-man/half-horse lathers up while speaking about the benefits of being 'two things in one: a man and a pretty smart shopper.'"