Hoyer: GOP should condemn threats of violence to Democrats 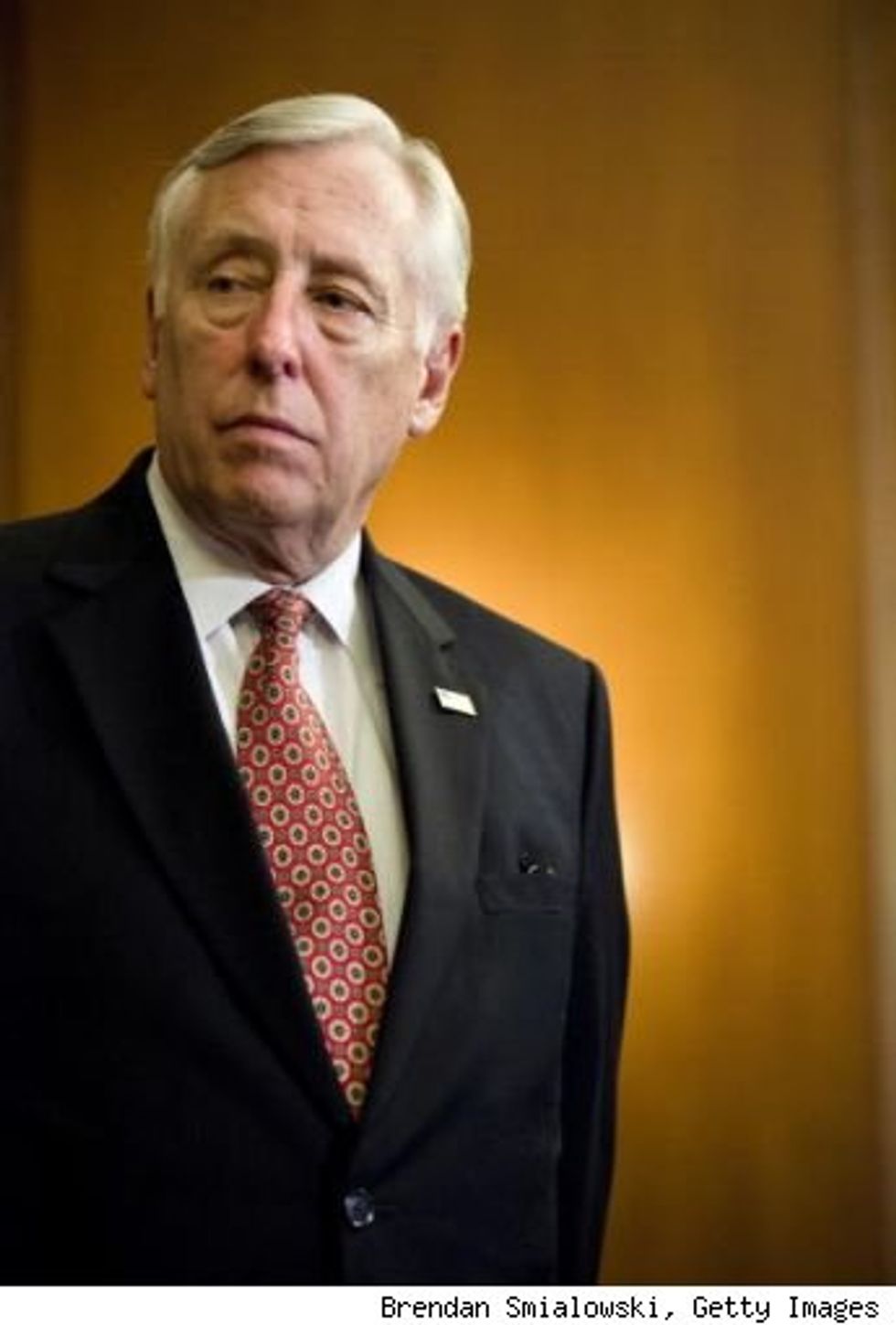 House Majority Leader Steny Hoyer said several Democrats have received threats of violence in their home districts and he wants leaders within the Republican Party to do something about it.

Hoyer said more than 10 Democrats in the House have reported threats or harassment about their support of health care reform. He didn't know for sure how many threats there have been, but the FBI informed party leaders that agents are investigating.

He added that some posters depict a lawmaker's face in the crosshairs of a target.

He suggested Republicans should do more to ensure threats don't occur in the first place by altering their rhetoric.

“Democracy can’t survive unless we can have a civil society in which debate is open and free and unfettered,” Hoyer said. He called on Republican leaders to join in condemnation of the threats. “Any show of appreciation for such actions encourages such actions and ought not to be done,” he said.

House Democrat Tom Perrielo Virginia said in a statement that the FBI is investigating “a severed gas line” at his brother’s home. A person familiar with the investigation, who asked to remain anonymous, said the line connected a propane-gas tank to an outdoor grill.

House Republican leader John Boehner of Ohio, in a Wednesday interview on Fox News, condemned the threats, urging people to vent their anger at Washington by registering voters and volunteering on political campaigns.

“There are a lot of angry Americans and they’re angry over this health-care bill,” Boehner said. However, he added that “violence and threats are unacceptable. It is not the American way.”

During the weekend debate over health care before its passage Monday, several Democrats received harsh treatment from Tea Party protesters in D.C., who shouted abusive language like "ni**er" and "fa**ot" at prominent leaders, some of whom were famous civil rights leaders.