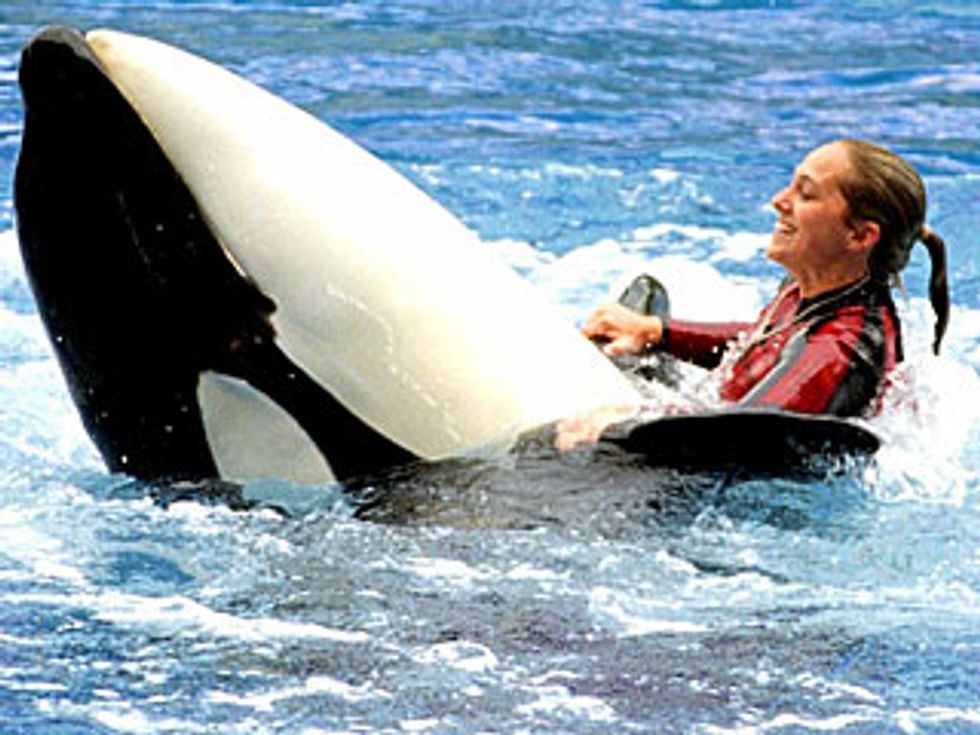 Most whale experts have said the tragic death of Sea World trainer Dawn Brancheau was the result of a killer whale kept too long in captivity that had killed before and should not have been allowed to continue performing shows in the first place.

The American Family Association, an influential Christian group, has a somewhat different explanation. In a post to the group's Web site last week, one of the group's spokesman explained the incident as a failure of Americans to follow Biblical teaching.

"Chalk another death up to animal rights insanity and to the ongoing failure of the West to take counsel on practical matters from the Scripture," wrote Bryan Fischer, the group's official blogger.

Fischer quoted two passages from Exodus. The first, Exodus 21:28, states: “When an ox gores a man or woman to death, the ox shall be stoned, and its flesh shall not be eaten, but the owner shall not be liable.”

By the reasoning of Fischer, America should be governed by Biblical law. If it were, then Tilikum, the killer whale responsible for Brancheau's death, should have been stoned to death after the first time he killed someone.

Fischer is pretty clear on that part, but what about Tilikum's owners?

"So, your animal kills somebody, your moral responsibility is to put that animal to death. You have no moral culpability in the death, because you didn’t know the animal was going to go postal on somebody. But, the Scripture soberly warns, if one of your animals kills a second time because you didn’t kill it after it claimed its first human victim, this time you die right along with your animal. To use the example from Exodus, if your ox kills a second time, “the ox shall be stoned, and its owner also shall be put to death.” (Exodus 21:29)

In other words, the owner or owners of Sea World should be stoned to death, too. But Fischer doesn't follow this passage to its logical conclusion as he does the first one. No, he is more generous than that. He writes that the family of Brancheau should "sue the pants off" Sea World, not kill its owners.