Political implications could be enormous

The gay rights law group that convinced a federal district court judge Thursday to strike down a federal ban on gay marriage has told the New York Times they "fully expect" the Justice Department to appeal the decision -- a move that could shatter Obama's image in the gay community and cost his party millions of dollars in donations from gay donors.

"Lawyers on various sides of the issue said it was a certainty that the government will appeal and likely that the cases will reach the Supreme Court," Politico added Friday.

Such an appeal would be filed by the Obama-appointed US Attorney Carmen Milagros Ortiz, who was confirmed last November by the Senate.

In an email Friday, a White House spokesperson told Raw Story, "This is a question for the Justice Department."

"The only comment I have is the Department is reviewing the decision," Tracy Schmaler, a Justice Department spokesperson, told Raw Story shortly after.

Evan Wolfson, director of the gay rights group Freedom to Marry, said he doesn't know what the Justice Department will do, but hopes that if they appeal, they will couch their filing carefully.

"I think we're going to have to see what the Justice Department decides," Wolfson said. "I do hope that, if there is an appeal, that at a minimum the administration will agree that the appellate court should apply a presumption of unconstitutionality -- which in legal terms is called heightened scrutiny -- to this law that they concede is discriminatory."

"My message [to Obama] would be: Do the right thing," Wolfson added. "You agree this law is discriminatory. A highly respected conservative Republican-appointed judge has now said it's unconstitutional. Stop enforcing this unfair and discriminatory law that harms families and helps no one."

Hillary Goodridge, one of seven couples that sued -- and won -- gay marriage rights in Massachusetts, expressed disappointment in a Friday morning phone call.

Ã¢â‚¬Å“I would find it very disheartening that they would choose that course of action," Goodridge told Raw Story. "I want to see the president and his administration committed to full marriage equality.Ã¢â‚¬Â

On Thursday, Boston US District Court Judge Joseph Tauro struck down the so-called "Defense of Marriage Act," declaring it unconstitutional and asserting that gay and lesbian couples deserve the same federal benefits as straight couples.

Should the Justice Department decided to appeal the ruling, the political implications would likely be extreme. If they decide not to appeal the ruling, which would effectively mean that President Obama does not believe the federal government has a right to ban gay marriage, Republicans will have another weapon in their political arsenal during their fall House and Senate campaigns.

An appeal filed by an Obama-appointed US Attorney will enrage gay rights groups and their allies, who are already frustrated with what they see as inaction on Obama's behalf in not ending a federal law which forces the Pentagon to fire anyone who admits publicly that they are gay.

Congress recently voted to give the military the authority to end the practice. The military, however, says it is still "studying" the implications of allowing gays to serve. Obama lauded Congress' move, saying, "Our military is made up of the best and bravest men and women in our nation, and my greatest honor is leading them as Commander-in-Chief. This legislation will help make our Armed Forces even stronger and more inclusive by allowing gay and lesbian soldiers to serve honestly and with integrity."

Our military is made up of the best and bravest men and women in our nation, and my greatest honor is leading them as Commander-in-Chief. This legislation will help make our Armed Forces even stronger and more inclusive by allowing gay and lesbian soldiers to serve honestly and with integrity."

Several hundred gay and lesbian servicemembers have been fired under the law since President Obama took office. Aside from the loss of US servicemembers' jobs during a war, a recent estimate by the University of California also found that the law has cost $363.8 million over 10 years, partly as a result of the fact the Defense Department has been forced to train new hires to replace those they have terminated.

Goodridge, whp says she voted for Obama, said she will be upset if his Administration "fails to deliver" on gay equality.

Ã¢â‚¬Å“I did vote for him and I will be very angry if his administration continues to stall or actively block the equality of men and women serving in the Armed Forces, married gay men and lesbians, LGBT communities and our families," Goodridge said. "It is past time for this administration to demonstrate their commitment to us, to all Americans." 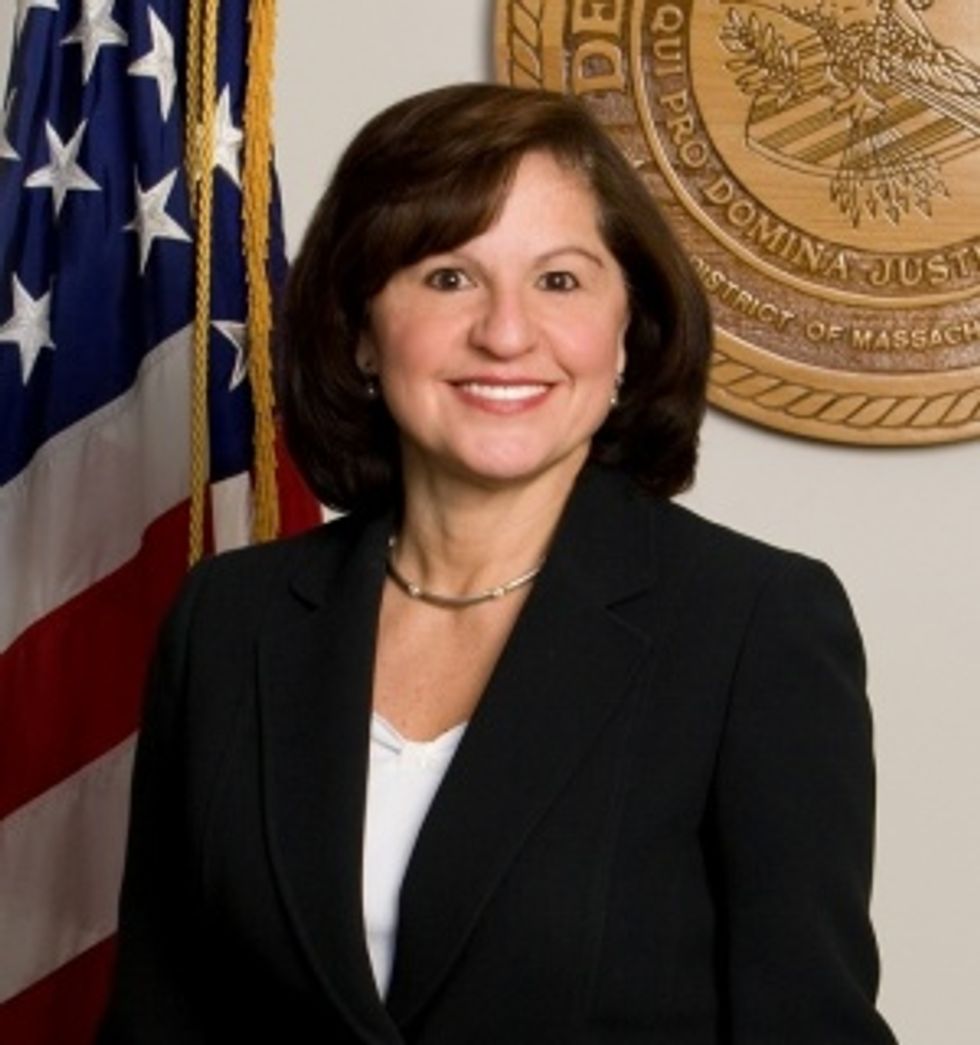 Obama-appointed US Attorney Carmen Milagros Ortiz spent much of her career in public service prior to taking her current job, according to her bio on the Justice Department's Web site.

"In addition to her public service, Ms. Ortiz was a senior trial attorney at the law firm of Morisi & Associates, P.C., concentrating on civil, criminal, and governmental agency litigation. She also was a Program Associate and Training Coordinator at the Harvard Law School's Center for Criminal Justice from 1989 through 1991. There she worked on the Harvard/Guatemala Criminal Justice Project, which entailed collaborating with the judiciary of Guatemala and other legal professionals to implement criminal justice reforms in that country. In 1991, on behalf of the National Football League, Ms. Ortiz investigated allegations of sexual harassment that were made by a sports writer against the New England Patriots."

With research by Muriel Kane.

This article has been updated from the original.