Fear and involuntary manslaughter: what is justice for Oscar Grant? 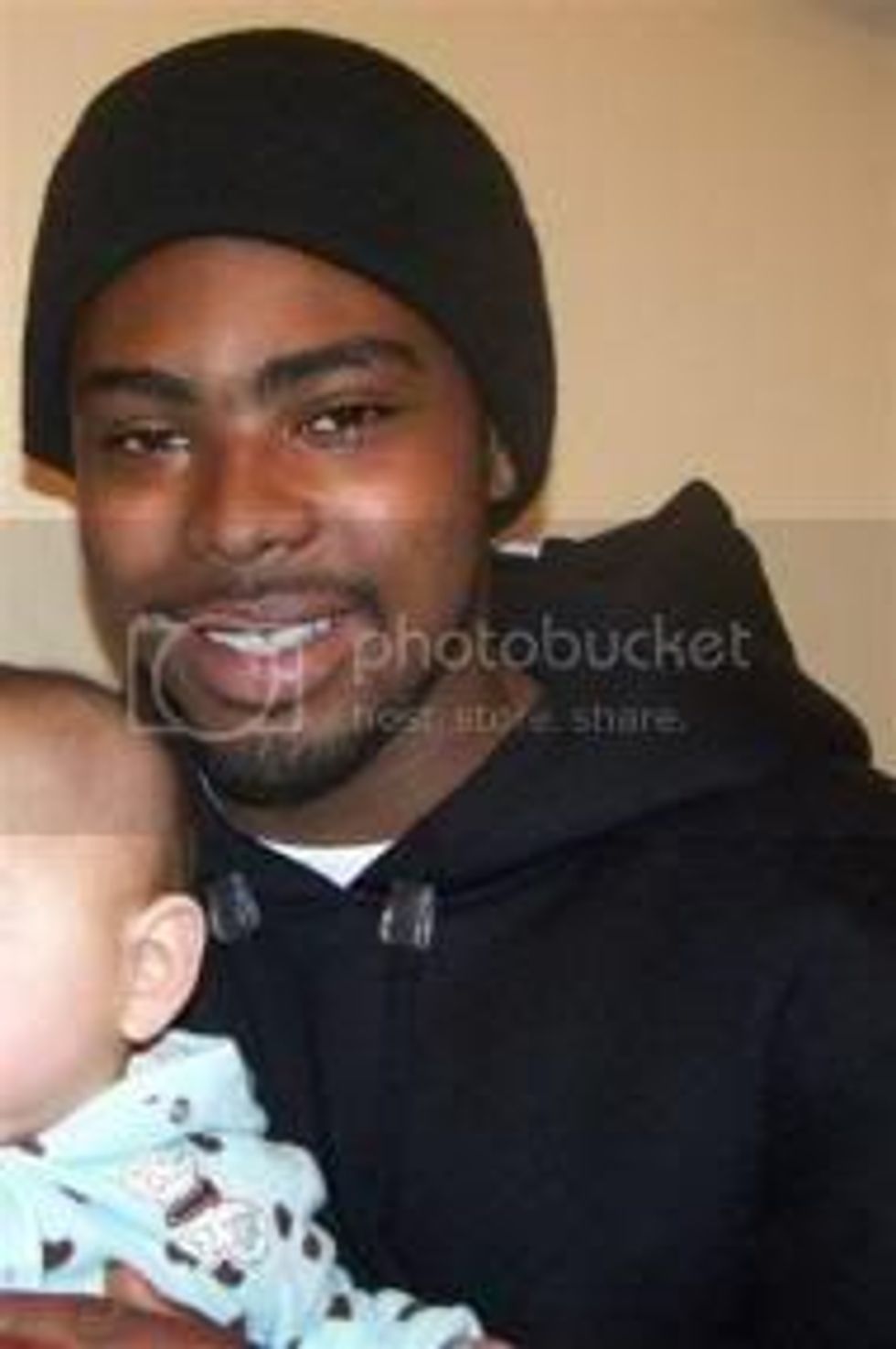 Back January of last year, America got a look, courtesy of a cell phone camera of a rider on a BART train in Oakland, CA, at the cold-blooded murder of a handcuffed, down-on-the-ground 22-year-old named Oscar Grant on a train platform.

Yesterday, his assailant, transit officer Johannes Mehserle, was convicted of involuntary manslaughter for killing the supermarket butcher with a 4-year-old daughter. (SFGate):

Involuntary manslaughter might seem an unsatisfying outcome for the killing of the unarmed Oscar Grant on Jan. 1, 2009, but it was consistent with the evidence that could be proved beyond a reasonable doubt against former BART police Officer Johannes Mehserle. Anything less would have been an injustice. Anything more would have required conclusions about Mehserle's state of mind that were not sufficiently supported in trial.

The bottom line is that the jury agreed with what any fair-minded person who saw the videotape of the shooting on the BART platform at the Fruitvale Station had to conclude: There was no reason to use fatal force on Grant, who was being physically restrained at the time.

Mehserle, 28, claimed it was an accident, that he thought he was firing a Taser instead of a handgun at the detainee. The explanation stretched the bounds of plausibility, given the difference in weight, feel - and position on his holster - between the nonlethal weapon intended to immobilize and the Sig Sauer P226 pistol that is used to kill. He clearly was negligent.

The thoughtful Adam Serwer, who now has his own feature blog at The American Prospect, reads between the lines of this verdict that captures my sentiment perfectly when I read about the verdict. It's something you will not see in the above-cited San Francisco Chronicle report that has the ironic headline of "The right verdict in Mehserle case." What is behind a "technically correct" verdict are also matters that have little to do with precision objectivity, and everything to do with human nature in the U.S. in 2010.

Fear is at the core of questions of justice involving the deaths of black people at the hands of the authorities in the United States of America, dating back to when Toussaint L'Overture put the fear of G-d in slaveowners by revealing that their "property" might someday rise up against them. L'Overture still has that effect on some people. Following emancipation we were the days when "justice" was meted out in the South by terrorists posing as vigilantes. Even then, when such atrocities were an accepted part of black life, people inside and outside the South found ways to sympathize with the anger and fear white Southerners felt towards their black neighbors--The New York Times editorialized in the 1890s that no "reputable or respectable negro" had ever been lynched.

Even decades after the Civil Rights era, a cop shooting an unarmed black man is barely a crime -- a 2007 ColorLines investigation of police shootings in New York City found that in 12 instances when the victim was unarmed, only one officer was found criminally liable. There hasn't been a murder conviction on a police shooting in Oakland since 1983. As Kai Wright wrote in the aftermath of the Sean Bell verdict, "American law has been sanctioning the killing of black people to mollify white fear for centuries...We scare the shit out of America. And that fear excuses just about any reaction it spawns." Mehserle is profoundly unlucky to be punished at all.

Times change, but the radioactive fear of black people, black men in particular, has proven to have a longer half-life than any science could have discerned. This is not a fear white people possess of black people--it is a fear all Americans possess. It makes white cops kill black cops, it makes black cops kill black men, and it whispers in the ears of white and nonwhite jurors alike that fear of an unarmed black man lying face down in the ground is not "unreasonable." All of which is to say, while it infects all of us, a few of us bear the brunt of the suffering it causes.

Thank you, Adam, for putting this out there. He also raises the very point I share with my readers time and again. That fear, embodied in the third rail of discussing race matters openly, seems to paralyze otherwise intelligent, highly-opinionated people into silence.

What's worse is that we we don't just fear, we fear talking about it. Our president tried once. He mentioned the fear his own grandmother felt for men who looked like he does, and we responded with the level of maturity we've come to expect from our political discourse. If you've ever had a relative of another race confess to you that they'd find you frightening if they ran into you in a dark alley, you know what he meant. But we fear what this fear says about us more than we fear letting it go.

When can we have these conversations? What will it take for those with privilege to speak openly about this fear, and for those who are minorities to hold back the desire to be defensive to engage.

We have to explore that fear for what it is, rather than assign guilt for feeling it in the first place. You cannot let go of internalized racism (that is reinforced by our culture) without first owning it and peeling the layers back. And that can only occur in an environment where all concerned let their defenses down.

And that's where we often fail. So many people just don't want to take the time or the energy to engage in educating themselves and others in conversations that can involve painful admissions and hard questions that don't have easy answers.