Obama admin. threatens to walk out on 'Don't Ask' negotiations

Groups advocating the repeal of the military's discriminatory "Don't Ask, Don't Tell" policy are meeting at the White House Tuesday -- but as they've come to find out, some topics are off limits.

The Obama administration wants to keep the discussion off-the-record, and says it would end the meeting outright if the discussion turns to recent court decisions that found the policy to be "unconstitutional."

Gay publication The Advocate obtained a copy of White House Deputy Director Brian Bond's email with details of the meeting, in which he threatens to end the talks.

"Obviously this meeting has gotten out," Bond wrote. "We are expecting the content of the conversation today to be off the record and to help us figure out how to move forward with the lame duck session."

He continued: "Also as previously mentioned, there can be no discussion of current court cases or legal strategy or Counsel’s Office will end the meeting. The focus is repeal and the lame duck session. This is also a non-partisan meeting where we want everyone’s help."

The "Don't Ask" policy was halted earlier this month after a judge ordered the military to stop enforcing the ban. Eight days later, an appeals court agreed to the administration's request to stay of that order.

The lawsuit that succeeded in temporarily halting the policy was brought by a group of gay Republicans. President Obama has promised his administration would bring the policy to an end.

The US Court of Appeals for the 9th Circuit is expected to rule within days on whether the military will again have to discontinue the policy.

A copy of Bond's email follows: 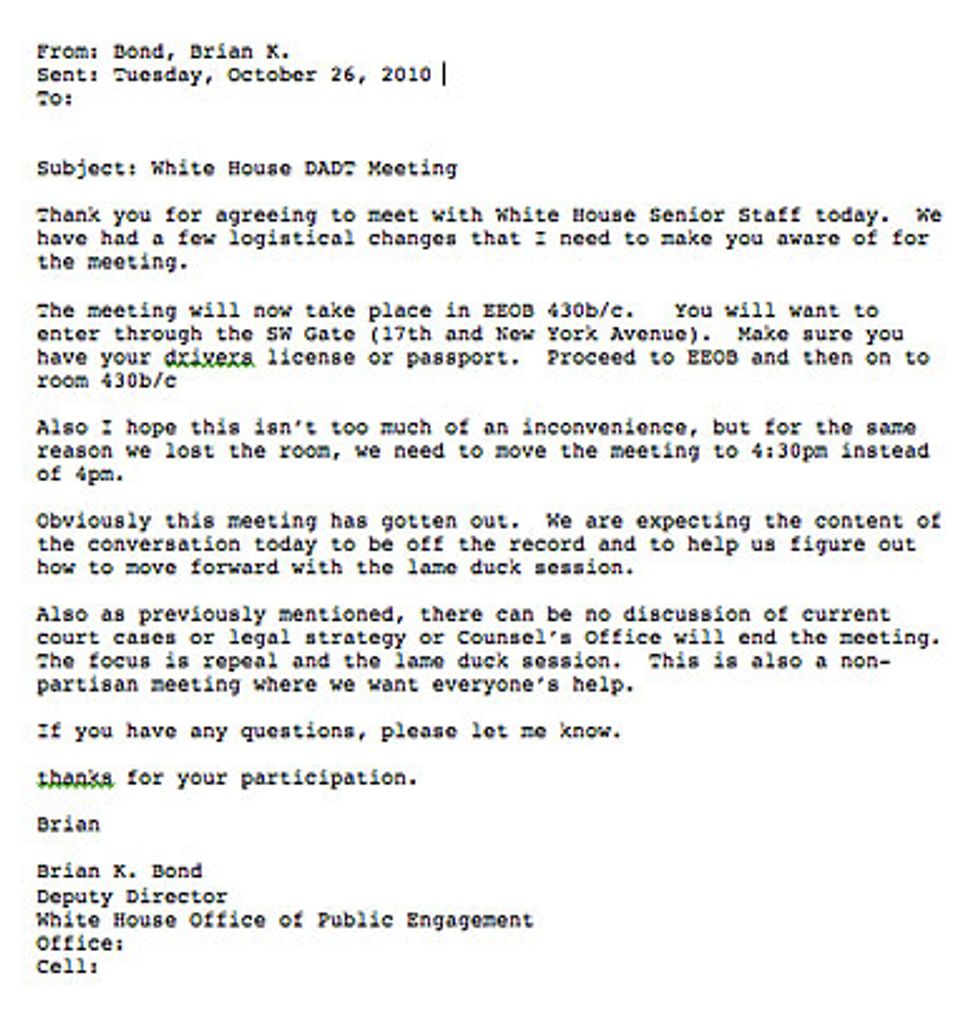