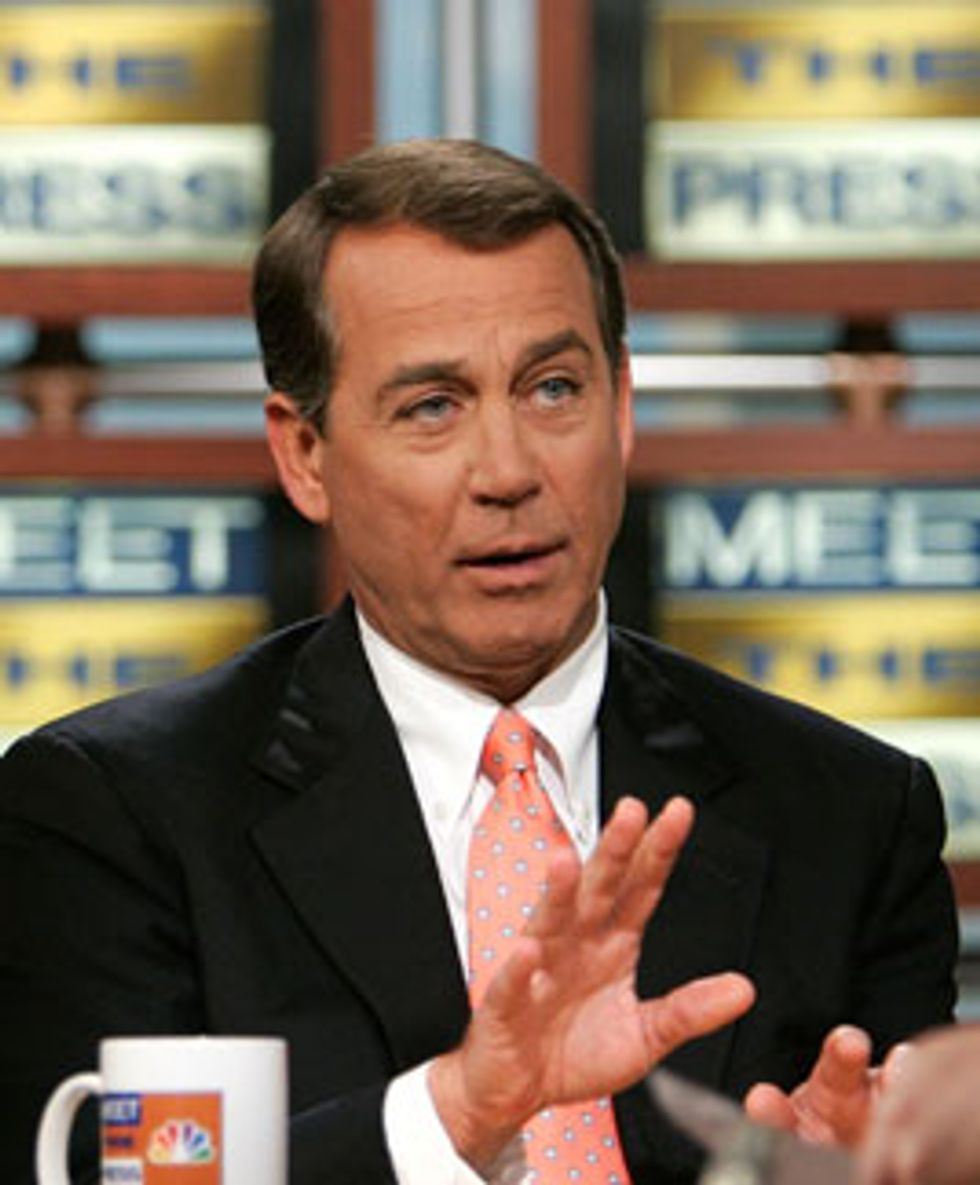 The Republican takeover of Congress not only apparently gives the Speaker’s gavel to John Boehner, it also elevates up to 25 senior GOP lawmakers to the roles of committee chairs. And while it may be a few weeks before it becomes clear which members will lead which panels, a Center for Public Integrity examination finds there are some common ties that bind the likely leaders of the 11 committees with the most domestic spending and policy clout.

First, the top contenders are all men. Nearly all are white. Most have deep ties to the business community or the industries they will soon oversee. Some have former staffers who now work in the lobbying world and could seek influence before their committees. And many have gotten the lion’s share of their campaign monies the past two election cycles from special interest political action committees.

The Center’s examination focused on those likely to chair the House panels on appropriations, armed services, budget, education and labor, energy and commerce, financial services, homeland security, natural resources, oversight and government reform, transportation and infrastructure, and ways and means. The Center also included the powerful appropriations defense subcommittee — the panel examined in its 2009 The Murtha Method investigation.

In many ways, the likely Republican chairs don’t look much different than the Democratic counterparts they are replacing. The 11 current Democratic chairmen of the committees are also all men, though two are black.

But that’s where the similarities end. The new GOP leaders tend to be more conservative than the average House Republican. They are generally strongly pro-business, and have significant ties to industry.

Eight of the 14 candidates for the committee chairs got the majority of their campaign funds since 2007 from special interest PACs. For instance, Rep. Joe Barton of Texas, a possible candidate for the Energy and Commerce committee, got 70 percent of the $4.8 million he raised since 2007 from PACs.

Likewise, Rep. David Camp of Michigan, the top contender for the Ways and Means Committee that controls taxes and spending, got a whopping 79 percent of the $6.5 million he collected in the last two elections from political action committees.

Many lawmakers also have ties to Washington’s revolving door — through which Congressional staff leave for lucrative lobbying jobs in the private sector, where they can cash in on their access and ties.

For instance, Reps. C.W. “Bill” Young and Fred Upton are among the lawmakers who have former staffers that currently lobby for interests that fall under the jurisdiction of the committee they would chair.

Our profiles include (where appropriate):

Campaign Promises: Pledges or other hints of what the member’s priorities would be as chairman of the relevant committee