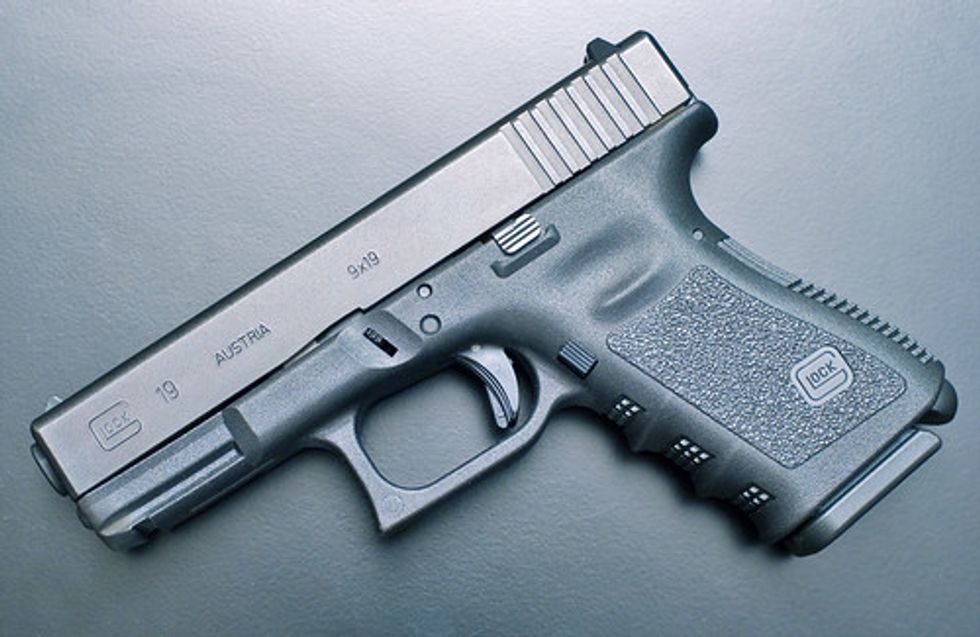 Democrats in the House and Senate are preparing to introduce gun control legislation that would restrict high-capacity ammunition clips like the one used Saturday in the tragic shootings of 20 people in Arizona.

Sen. Frank Lautenberg (D-NJ) and Rep. Carolyn McCarthy (D-NY), two of the most outspoken gun control advocates in Congress, are sponsoring the legislation in their respective chambers.

"The only reason to have 33 bullets loaded in a handgun is to kill a lot of people very quickly," Lautenberg said in a statement. "These high-capacity clips simply should not be on the market. Before 2004, these ammunition clips were banned, and they must be banned again."

The gun used in the Tucson murders by 22-year-old Jared Lee Loughner, a semiautomatic Glock 19 containing a high-capacity clip, was purchased by him legally in Tucson, according to The Associated Press.

Salon's Justin Elliott reports that the selling or manufacturing of high-capacity clips, as defined as holding 10 or more rounds of ammunition, was illegal under the assault weapons ban of 1994 to 2004. Police say the magazine in Loughner's gun contained 31 rounds.

Despite the relatively sympathetic political climate, the Lautenberg and McCarthy bills are likely to face stiff opposition in Congress, where gun control measures have faced daunting odds for years.

Gun rights groups such as the powerful National Rifle Association wield considerable influence over the issue and routinely lobby against restrictive gun measures, arguing that they are prohibited by the Second Amendment.

Paul Helmke, president of the Brady Center To Prevent Gun Violence, told Raw Story that "gun-friendly laws" were a prime culprit in the Arizona tragedy, calling for better background checks and restrictions on ammunition purchases.

"We now allow people to get guns that can shoot a lot of bullets quickly and kill a lot of people, and that's what we saw [Saturday]," Brady said.