Republicans beat up on Obama during first presidential debate

The Republican Party held its first debate of the 2012 presidential nomination Thursday night in South Carolina, broadcast on Fox News. The candidates competed over who could express the staunchest conservative principles and throw the hardest punch at the White House occupant they'd like to challenge.

The significance of the evening was diminished by the fact that nearly all of the top potentials skipped it -- including former Govs. Mitt Romney (MA), Mike Huckabee (AR), Sarah Palin (AK) and John Huntsman (UT), current Gov. Mitch Daniels (IN) and former House Speaker Newt Gingrich (GA).

Overall a strong showing for the most serious candidate of the participants, arguably the only one with a prayer of winning the nomination. He managed to boost his name recognition, his achilles heel, while toeing the line between the ideological zeal of the tea party and the need to seem appealing to mainstream and independent voters.

Pawlenty struggled at times to show his charisma and occasionally seemed rehearsed. He had his share of applause lines, though, especially when making hawkish comments about foreign policy and criticizing President Barack Obama's health care law. But he praised the president's handling of the Bin Laden kill.

"I do congratulate Obama. He did a good job," he said, flirting with the notion that waterboarding helped catch the al Qaeda leader. "I support enhanced interrogation techniques under limited circumstances."

He apologized for and clearly disowned his past support for cap and trade. "I was wrong, it was a mistake, and I'm sorry," he said, describing it as a "battle scar" and a "clunker" in his record.

He was the same vintage Ron Paul that you know (and may or may not love). A constitutional purist. He won strong applause lines on anti-war remarks. "Get the troops out of Afghanistan and end that war that hasn't helped us and hasn't helped anybody in the Middle East," he said early, to a big applause. "You have to have strength in doing the right things."

"We do not need secret prisons, nor do we need the torture that goes on in these secret prisons," he said, later calling for an end to foreign aid to Israel. He said the U.S. must not raise the debt ceiling. 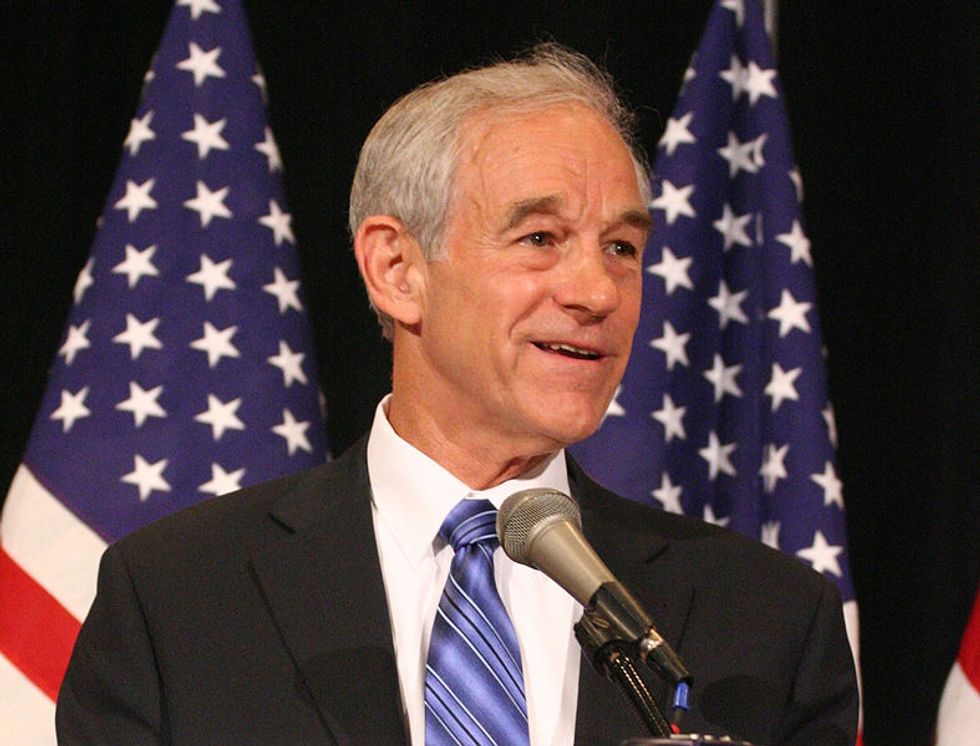 He also attempted to duck questions about his views that the federal government should generally stay out of social issues -- a philosophy that contradicts what most Republicans believe.

Initially the most overlooked candidate of the five. He grew frustrated at one point, saying, "There are like nine questions for these guys and none for me." But he got his fair share of opportunities to speak.

The Afghanistan "timetable should be tomorrow," he said, also criticizing the Iraq war.

On immigration, he said, "Immigration needs to be about work, not welfare," supporting a beefed up visa program but opposing a path to citizenship.

"I'm a free market guy," he added later, opposing tariffs on goods from China. "You either believe in free markets or you don't."

A strong performance from perhaps the least-known candidate. Cain was the only one to oppose releasing the Bin Laden images, when asked for a show of hands. He fluently answered economic questions, delivering an aggressive defense of the flat tax.

But with no political experience, he struggled particularly hard to answer foreign policy questions, saying things like, "The terrorists have one objective: to kill all of us."

"I don't believe Arizona went too far," he said of immigration. "We don't need a new path" to citizenship.

Overall, the specter of an African-American standing up for tea party values appeared to be a welcome addition to a party base that has had to fend off accusations of racism.

The very religious Republican argued that the U.S. is in an ideological battle with Islam. "We cannot continue to put the ideological battle in the closet," he said. "The version of Islam that is growing in the Middle East...requires reformation, and some sort of introspection in the Islamic world."

"I think anybody that would suggest that we call a truce on the moral issues doesn't understand what America is all about," he said, backing up his fierce opposition to abortion and same sex marriage. "The foundational unit of this country is family."

He called English "the language of success in America" and "the most powerful language in the world."

With regard to Pakistan and other Muslim countries, Santorum doubled down on President Bush's remark, "You are either with us, or you're against us."

He also tore into "Obamacare," calling it the "most important issue that faces this country right now."