Republicans take a bold stance in favor of bullying 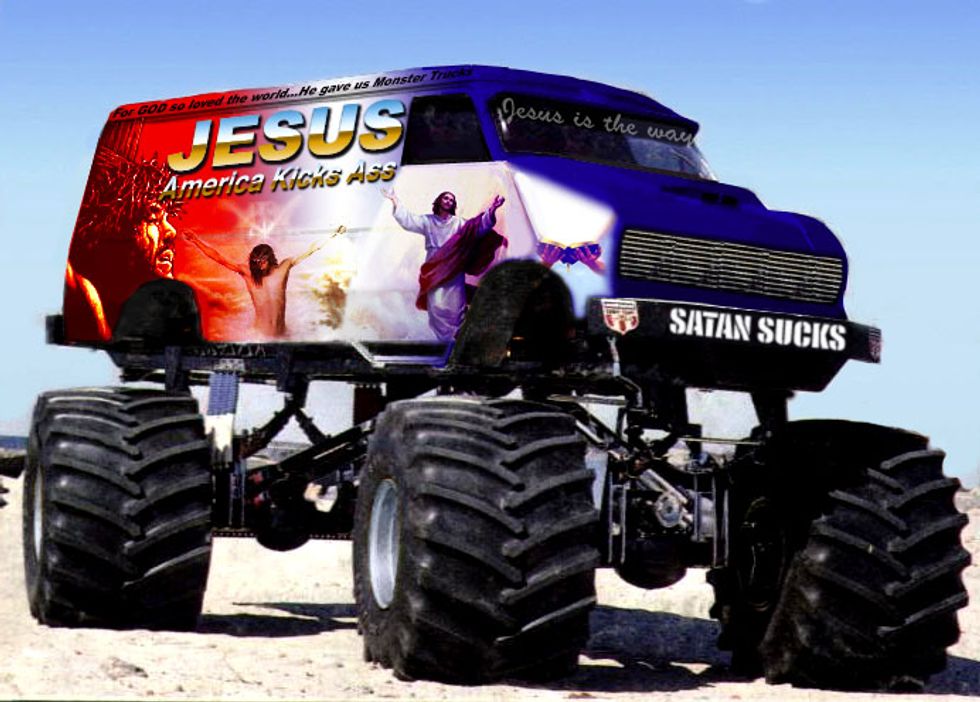 The relatively good election results on Tuesday are mainly due to the hard work of organizing and educating of liberals supporting everything from labor to reproductive rights. But it's also true that Republicans are kicking ass in the art of burning out all your political capital by being complete and total assholes. At this point, if House Republicans put together a resolution to celebrate Kick A Puppy Day, no one would really be surprised. Republicans have completely forgotten that the meanness that turns on their base repulses everyone else.

The most recent example is this whole situation in Michigan with an anti-bullying bill, which state senate Republicans amended at the last minute to create a "religious exemption". In other words, it's okay to harass and bully if you claim you're doing it in the name of that notorious gay-basher, Jesus Christ. (You didn't know that Jesus spent his adolescence pantsing kids for being queer? It says so right in the Bible, right between that teaching at the Temple story and the time Jesus started the first Christian rock band, whose name was shamelessly stolen in the 60s by The Zombies.) This, of course, was intended to make the bill toothless, especially with regards to sexualized and homophobic bullying, which are often the worst kinds that involve the least amount of recourse for victims. If anything, it turns the bill into an endorsement for gay-bashing and sexually harassing girls deemed "sluts".  Democrats are now saying they're going to be able to take the exemption out of the bill, which I believe because it's either that or it dies.

But let's step back and think about what this basically comes down to: Republicans are willing, nay eager, to stand up for bullying. They went out of their way to legalize it. They love bullying so much they turned a bill intended to ban it into a bill that gave the gold stamp of approval to harassing kids, as long as you can pull a pious face and claim you're worried about them going to hell for being queers and weirdos. If you're like me, this story probablly made you think of the kids who roamed the halls, getting their jollies by making life a living hell for kids who didn't live up to their arbitrary standards, and come to the realization that most of those asswipes probably grew up to be Republicans. This whole situation is also blowing the doors off the claim that bullies have parents who are blissfully unaware of what evil asswipes their kids are. Seems that some adults eagerly support high school bullies, and that's where the support for rewriting this bill came from.

It's an intensely clarifying moment. We're so used to right wingers trotting out the piety act, claiming that they don't want to hurt anyone, just that their deep religious convictions cause them to have to bash women's reproductive rights and gay rights, amongst other things. But it turns out that they're just bullies. Well, I say that like I'm surprised, but obviously I'm not, since rarely does a day go by these days that I don't have some bullying tweets aimed at me from wingnuts who've been trained to see any woman who is opinionated and unashamed of her sexuality as a target. But I think a lot of people have yet to grasp how much the Christian blather is just a fig leaf for some ugly attitudes. You take this personhood amendment thing---for the people who came up with the idea and got it on the ballot, the idea that it would turn women of reproductive age into a criminal class under constant suspicion was a feature, not a bug.

But since the 2010 election, the mask has really come off. The reasons why are complicated, but this bullying situation is a crystal clear example. They're losing their ability to deflect attention for the sadism.