Mitt Romney "unveiled" his economic plan — again — to about 1,200 members of the Detroit Economic Club this afternoon.

For a speech about taxes, that's a pretty good turnout. So good, in fact that the campaign had to find a bigger venue.

According to the Detroit Free Press, the Romney campaign spent quite a bit of time trying to figure out how to make the stadium look full for television cameras:

About 100 news media representatives and 50 or so TV cameras will set up behind the guests, so that it will be clear Romney is speaking to a crowd....They scrapped three earlier plans: one to have Romney stand in the end zone, speaking up to guests seated in the stands; another to have him on the sidelines near midfield, speaking to guests seated in the stadium's middle sections, and an initial plan to hold the event at the Westin Book Cadillac, which quickly became oversold.

Steve Grigorian, chief operating officer for the Economic Club, said the two earlier Ford Field plans were changed because camera angles would have made it appear there was no one in the stadium but Romney.

Their plan worked — kinda. CSPAN coverage actually did not look too bad — the audience, made up mostly of men in suits and ties, filled the screen whenever the cameras panned back.

But this is the 21st century. Reporters at the event immediately began tweeting photos that showed that Romney was, in fact, speaking to an empty stadium.

Here's a great one, via Byron York of The Washington Examiner: 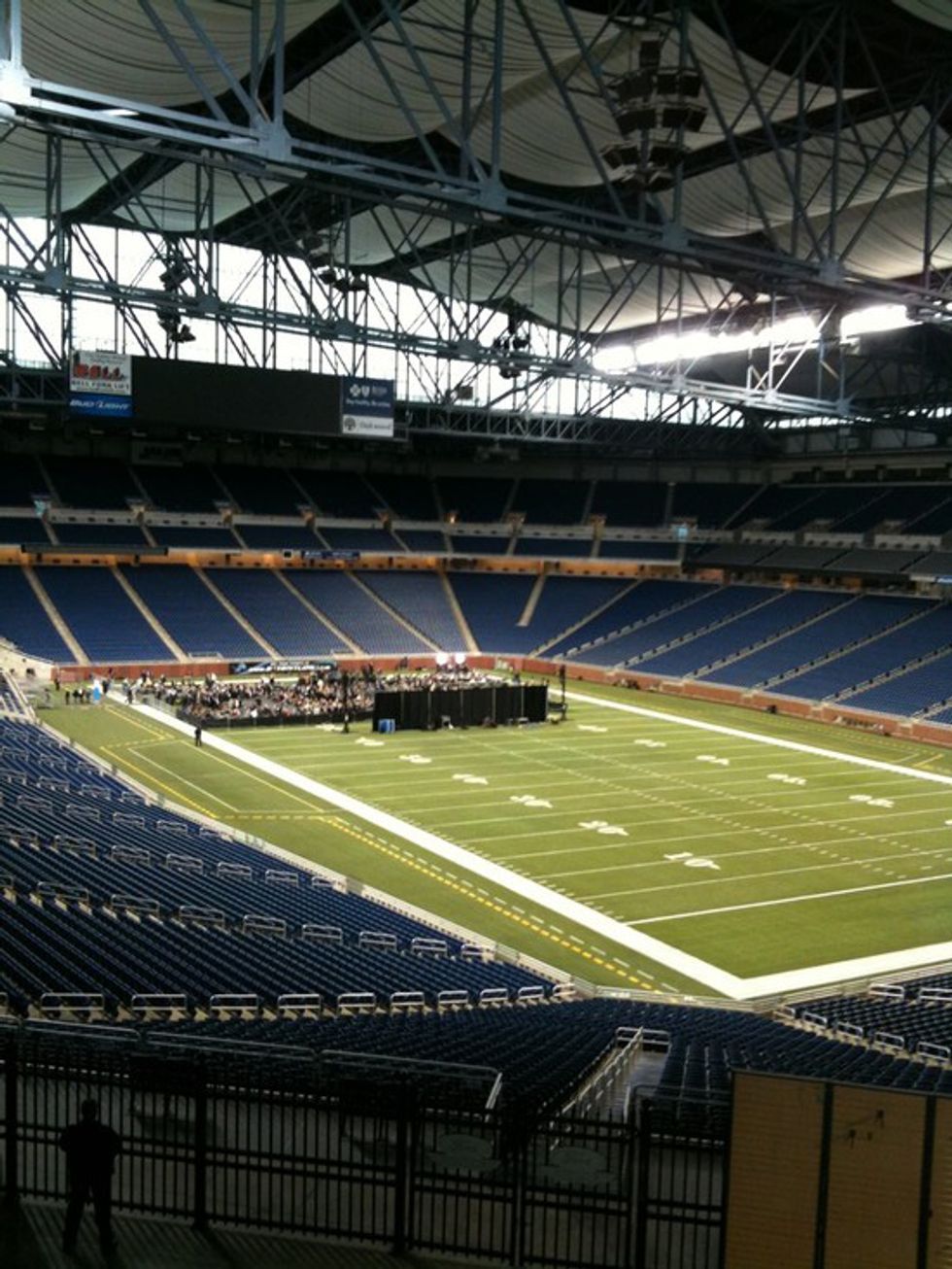