Culture war is about culture 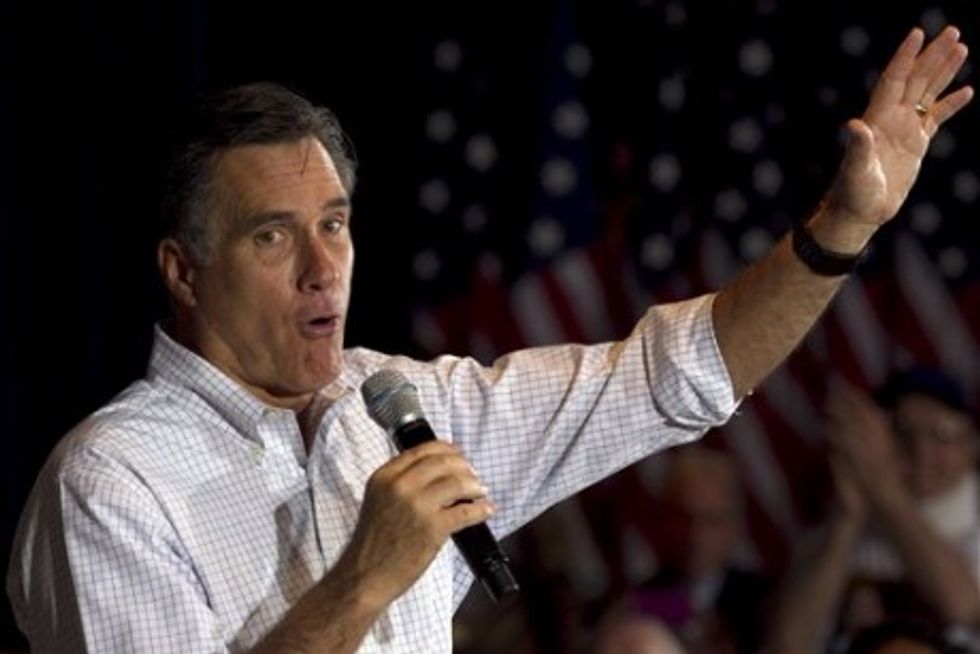 Steve Kornacki at Salon has a piece up about Mitt Romney's continuing inability to win over evangelical voters. Personally, I'm not surprised evangelical Republicans are refusing to crown Romney the nominee. They were fed George W. Bush in 2000, and that led them to believe that they are the owners of the party, and Romney securing the nomination sends a strong signal that they aren't, and that the Republicans are primarily a pro-business party above all other things. The evangelical base is pro-capitalism, don't get me wrong, but they also believe, with reason, that capitalism may not be enough to preserve male dominance, gay oppression, and white supremacy. The reason they're so loud when calling Obama a "socialist" is because they're trying to convince themselves.  A black President does a lot to shake their confidence that capitalism alone will fulfill their goals, and his general pro-feminist and pro-gay leanings don't help. Now, more than ever, they want to vote for someone that reads as one of their tribe, like Bush did. Romney simply doesn't.

It's not a single thing. The Mormon thing doesn't help, but I think a different Mormon who emulated fundie culture better would perform better for them. But it's also that Romney does seem like a rich banker who finds all that culture war shit a distraction. (I'm not actually sure that he does, though his flip-flopping on these issues does suggest that he may not personally care that much. Which isn't to say that he wouldn't be a warrior on culture issues if he won. As Molly Ivins liked to say, you gotta dance with the one that brung ya'.) Also, it's important to remember that we're talking about culture warriors here. Culture warriors talk a big game about "values", but often you find that things like what you eat and how you talk actually matter more than these so-called "values". Santorum and Gingrich give a good impression of people who think going to Applebee's is a find way to spend an evening, and Romney simply doesn't. Which, I think, explains why this stuff doesn't matter:

But now that he’s regularly getting crushed by Rick Santorum, a Roman Catholic from Pennsylvania, the depths of Romney’s evangelical problem have come into focus. The question is what, exactly, it is that makes him so objectionable to Christian conservatives.

Santorum's Catholicism is the great red herring of this primary season. He disagrees with the Pope on more issues than he agrees with him on. Where he does agree with the Pope, it's because the Pope agrees with evangelical Christians, mainly on the question of whether or not women are full human beings with full human rights. (Both the Catholics and the evangelicals say no.) Santorum is, culturally speaking, an evangelical. When he denies global warming, it feels sincere; you really do get the impression that he can't believe that those muckety-muck scientists think they know better than he does just because they do stupid stuff like study and understand an issue. He also grasps that threatening to rain weapons down on Iran is a good ploy, because the evangelical base is nostalgic for the Crusades. He is also a full-throated supporter of theocracy, whereas Romney still has cultural memory of his family being hounded for their faith, and isn't reliable on this. You just get the impression that Gingrich or Santorum enjoys needling someone who orders the vegetarian entree, but Romney seems like someone who doesn't know he's supposed to go into a rage when he has to press 1 for English. Sure, Romney will pass economic policies that fuck the poor and working class, but they just feel entitled to that and oh so much more.

Even though I suspect the base knows that Romney will owe them if he wins, and will give them what they want, it's just about more than that. They want reassurance that they are the dominant class in America, and that their culture is winning. So they need someone who feels authentically like a full member of the tribe. They need someone whose resentments feel real, who devotion to ignorance feels absolute, and whose misogyny runs bone-deep. Not like that paternalistic misogyny of the banking class Romneys of the world, but the spittle-flinging anger at women that Limbaugh delivers and seems to be crawling right under Santorum's skin. Religion's relevance to this is that it's a quick shorthand for these more important, but difficult to articulate values. But in and of itself, religion isn't that meaningful. It's a tool, not the goal.